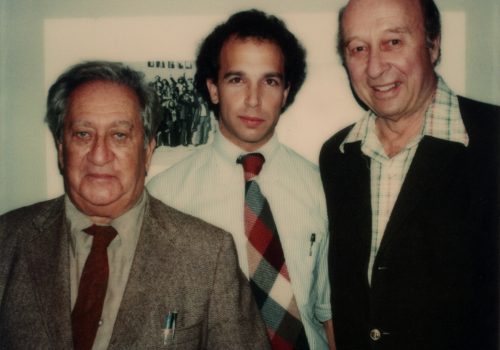 He is one of the pioneers of New York galleries and a great witness to the world of Photography for the past 50 years.

Today he evokes the 70s!

He also gave us these images!

PART I : The Journey Begins

In 1971, having switched my major at the University of Wisconsin from sociology to art, I signed up for my first photography class, with professor Cavalliere Ketchum.

I knew immediately that photography was for me, as I was much better at designing and editing than at drawing and painting.  At Ketchum’s suggestion, I also started taking typography classes and made three limited edition hand-made books with my original photographs.  I went on to get my Master of Arts degree at Wisconsin, and again at Ketchum’s suggestion, applied to the University of New Mexico for further graduate work. I was accepted into their amazing program, and had the great fortune to study with Beaumont Newhall, Van Deren Coke and Thomas Barrow…with classmates Joe Deal, Nick Nixon, Terry Husebye, Sarah Greenough and Susan Harder among others.  I also curated my first exhibition, a survey of handmade photography books, at a local bookstore/gallery.

After a year and half at UNM, I needed to get out into the real world, so I approached Tom Barrow for ideas on how and where to go forward.  My good luck continued as Tom heard that there would be an opening at LIGHT Gallery, and I applied for the Associate Director position and was hired by Director Harold Jones.  I moved to New York CIty in August 1974.

LIGHT and Witkin Gallery were the two most prominent galleries for photography in New York City, each with their own disposition and community of artists, critics, collectors.  It was truly an amazing experience, and I worked there for six years, running the travelling exhibition program and maintaining the inventory and some sales.  At LIGHT on any given day photographers such as Paul Strand, Ansel Adams, Fred Sommer, Robert Heinecken, Thomas Barrow, Harry Callahan, Aaron Siskind, Arnold Newman, Emmet Gowin, Andre Kertesz, Eikoh Hosoe, Duane Michals, and Les Krims would drop in, and they also all exhibited there sooner or later.  Perhaps the most significant exhibition that I curated there was titled ‘PICTURES IN ROOMS: INTERIORS DESIGNED FOR PHOTOGRAPHS” in 1979, which received some great press… And all the while I was pursuing my own photography… and teaching various photography courses at the New School and at Parsons. To a great extent my philosophy and approach to being a gallerist was formed by my 6 years at LIGHT.

In 1980, it felt like time for a change, and with the help of Aaron Siskind, I was selected to  be a visiting instructor at the University of Texas, San Antonio.  With lots of free time, I did not pursue my own photography to the extent that I would need to advance myself significantly. I returned to New York, starting my own private dealership in photography: LAURENCE G MILLER : PHOTOGRAPHY INVESTMENT COUNSELOR.  Sounds rather pretentious now, but with 20-20 vision, this is what I have returned to this summer, having closed the gallery and pivoted from a public place to a private space.