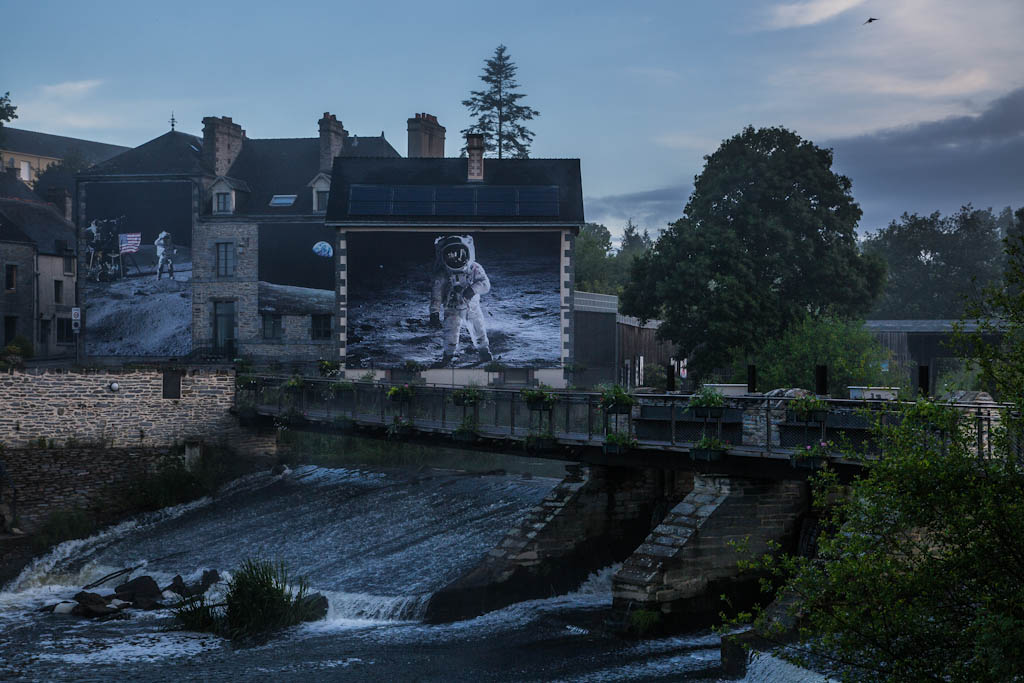 Once upon a time… That’s how all fairy tales begin, and the same goes for the Gacilly photo festival, transforming a small Breton village at the edge of the Brocéliande forest into an immense, outdoor exhibition with 300 photographs, open day and night for four months.

La Gacilly’s fairy tale also begins with a grandmother’s recipe: an herbal cure for hemorrhoids. A young man from the village named Yves decides to bottle and sell it. And thus began the saga of the worldwide cosmetics brand Yves Rocher. Its founder was always sensitive to the relationship between man and nature, and Yves passed on those convictions to his son, Jacques, who opened the festival eleven years ago. La Gacilly is like a village fête, a scene from  afilm directed by Jacques Tati or Jean Renoir. The villagers seem to get more involved here than in any other festival I’ve seen, and families and children were scattered throughout the 20 exhibitions.

This year, in commemoration of D-Day, the United States was chosen as the country of honor. Festival artistic director and photo editor-in-chief of Figaro magazine Cyril Drouhet wrote about this year’s edition here. It came as no surprise that the photographs were well chosen and expertly presented by his wife, Florence Drouhet. The Nick Brand exhibition is particularly marvelous. It’s a relief to see that someone is finally treating exhibitions like original creations, instead of just throwing up rows of cardboard. The reward was this handsome couple, feigning fear at pictures of lions and elephants, snuggling up against each other. And there were parties. For every photographer featured in the festival, a tree was planted on the Rocher estate. There are now nearly a hundred.

In honor of John Morris, three WWII-era jeeps and military trucks were brought out. There was music. There were speeches that went on far too long. The one problem with the festival was its official restaurant, the Végétarium. The food was dreadful. Keep clear of it, and make your way instead across the small bridge, turn right and head to Les Enfants Gat’thés. The quality of the food is incredible and the prices are reasonable. Make sure you try their Pineau.

In short, the festival was perfect, a weekend celebration in the countryside. All that was missing was a “luncheon on the grass.”