Kurt Tong : Winner of the 4th edition of the Prix Elysée 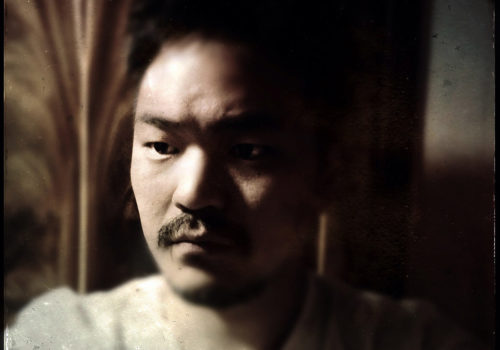 The Musée de l’Elysée announces the winner of the 4th edition of the Prix Elysée: Hong Kong born photographer Kurt Tong. Chosen by an international jury of experts among eight selected projects, his identity is revealed on June 22, 2021. Kurt Tong’s work revolves around exploring his Chinese roots by using photography as a narrative tool. “This project brings together the great history with fundamental subjects, such as immigration, wars, expatriation, but also a love story that touches each and every one of us” underlines Tatyana Franck, Director of the Musée de l’Elysée, Lausanne.

The Musée de l’Elysée and Parmigiani Fleurier would like to congratulate photographer Kurt Tong, born in 1977 in Hong Kong, winner of the 4th edition of the Prix Elysée, for his project entitled Dear Franklin. The inspiration for this work goes back to 2018, after the death of a friend of Kurt Tong’s neighbour, as a result of which he is given an old wooden trunk. The outside is sealed by a Taoist seal, and inside the trunk are a number of handwritten letters, old photographs, and numerous books from the 1920s, all belonging to a man called Franklin Lung.

After months of research by meticulously combing through all the clues, Kurt finds out that Franklin was born into a poor family in Hong Kong just after the fall of Imperial China in 1912. Through determination, Franklin managed to attend the best university in Shanghai and he became a member of high society, who had trading links with several of the colonial occupiers. He also fell in love and got engaged to Dongyu, the daughter of a high ranking Kuomintang general.

In 1948, tragedy struck. Dongyu was on board the SS Kiangya, packed with refugees escaping the communist army when it was sunk by an old Japanese sea mine near the mouth of the Huangpu River. Franklin was heartbroken but decided to go ahead with the wedding, marrying her in an elaborate ghost marriage ceremony, where a living person is eternally tied to a deceased person in the spirit world. Soon after the wedding, Franklin fled to Hong Kong. He briefly emigrated to the USA via the 105 annual quota after the repeal of the Chinese Exclusion Act. After several failed businesses in San Francisco, he was left penniless. At some point, he returned to Hong Kong, still stricken by grief, he committed suicide by jumping into the Victoria Harbour during Typhoon Wanda in 1962 and was presumed drowned.

Despite Franklin’s story happening in the first half the 20th century, there are very current themes running through it; social mobility, migration and tragedy, and people risking it all for better opportunities. This body of work also examines the superstitious practices around fortune telling, conjuring and many of the less common Taoist practices, and people seeking closure and escape through supernatural means. According to Laurel Parker, Founder and Artistic Director of Laurel Parker Book in Paris and member of the Prix Elysée jury, “Kurt Tong’s project Dear Franklin is first and foremost a book project. He’s creating a new narrative from narratives that exist already. Found letters, historical photography, found objects, mixed with his own imagination and photographic creation. Kurt is using a mixture of fiction and historical events to discuss problems surrounding us today: forced migration, civil wars, and the effects that these events have on the individual.”

Kurt Tong graduated with a Master’s degree in documentary photography at the London College of Communication in 2006. Having grown up in the United Kingdom, his work revolves around exploring his Chinese roots, his upbringing and understanding of his motherland. Using multilayered narratives, his recent work has dealt with the Asian Diaspora, Chinese funeral practices and early Chinese feminism. Much of Kurt Tong’s work, whilst deeply rooted in photography, has incorporated other mediums, performative elements and audience participations. Pushing the possibility of photography as a narrative tool. He has been chosen as the winner of the Photography Book Now competition, the Hey, Hot Shot! competition and the prestigious Jerwood Photography Award. Kurt Tong’s photographs have been widely published and exhibited around the world at solo venues including The Royal Academy in London, the Impressions Gallery in Paris, the Abbaye de Neumunster in Luxemburg, at the Fotofest in Houston.

The jury of this edition

The jury was composed of Clément Chéroux, Chief Curator of Photography at the Museum of Modern Art (MoMA) in New York, Laurel Parker, Founder and Artistic Director of Laurel Parker Book in Paris, Carla Sozzani, Gallerist, Publisher and Founder of Galleria Carla Sozzani in Milan, and Michael G. Wilson, Philanthropist, Producer and Collector of photographs in London, and the founding partners Tatyana Franck, Director of the Musée de l’Elysée and Michel Parmigiani, Founder of Parmigiani Fleurier. The jury also acknowledges the seven nominees, Alexa Brunet, Arguiñe Escandón & Yann Gross, Magali Koenig, Thomas Mailaender, Moises Saman, Assaf Shoshan and Alys Tomlinson for the high quality projects they presented and their invaluable contributions, particularly within the framework of The Nominees’ Book.

Launched in 2014, the Prix Elysée is a prize supporting artistic production in the field of photography. Resulting from a partnership between the Musée de l’Elysée and Parmigiani Fleurier, it offers financial help to create a book and curatorial guidance to artists with a passion for photography, so they can take a decisive step in their career.