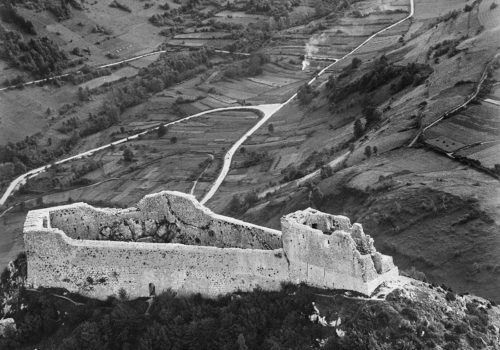 A singular construction of time, light, the chosen distance, these are the fundamental elements which produce the photographic images and the intelligible elements. At least in appearance. These fundamentals are too often forgotten and it is never useless to return to them before looking at the photographs themselves.

Time, for example. Capturing a few hundredths of a second, the photographer devotes them to an eternity which will experience moments of greater or lesser intensity and, as Roland Barthes has pointed out, a permanence which at the same time means that the moment of taking the shot has forever fled and will never be able to return. However, the forms printed on the paper and which are the trace of what existed in front of the photographer since for a picture , it is necessary that “something”, in the three-dimensional world, precedes it, the prints are susceptible. to awaken memories, to reactivate memory. Roland Barthes, again, wrote it wonderfully, evoking in Camera Lucida the photographic portrait of his recently deceased mother.

I spent my childhood, between the ages of five and eleven, and then many of my vacations, in Ariège, in Boussenac, a hamlet in the canton of Massat, in the middle of Couserans. And I go back there as often as I can. Luck of timing meant that Jean Dieuzaide – who still signed Yan at that time – photographed this region, which he loved deeply, during my childhood, from the fifties to the seventies. The pictures bring back many memories and I have the feeling of finding familiar faces, and see activities that I have practiced or seen or accompanied.

At the time of the shooting, these photographs were a generous testimony to the activities of the rural world to which Jean Dieuzaide always paid homage, from Spain to Occitania or Portugal. Then, sleeping away, they remained in the archives. Reactivated today by new uses, in exhibitions or in books, they become documents and pose the recurring question since the beginnings of the film image: “When does a document become a work of art?”.

In Ariège, a territory he traveled with evident pleasure and tireless curiosity, Jean Dieuzaide developed elements that are present in many other aspects of his work and in other territories that he was able to explore. We could even read, in Ariège, the different directions – or temptations – of an eclectic work that was built while still having in reference the practices of the generation of photographers who preceded him and who were not – not yet – classified or locked in specialties.

Relation to history and documentation in a tradition that was still that of the illustrated press with all the work on Rimont destroyed – value of the testimony and the making of memory – then working on the reconstruction of the martyr village to clearly signify the need for the follow up and the memorial consistency. Jean Dieuzaide is also the photographer who documented the Liberation of Toulouse in 1944 and produced the first portrait of General de Gaulle on his return to France. The one who could, without thinking of being a “reporter”, collaborate with the press and publish in Paris Match, then in Life, the photographs of the tightrope walker couple the “White Devils” getting married on a wire above the Place du Capitole.

And, at the same time, carry out more commercial work. In Ariège, the landscape and its undulations underlined by variations of lights, the portraits of peasants or craftsmen, caves with their mystery, their prehistoric bison and their opening onto the valleys, castles, dungeons, towers, churches and villages often photographed from the small plane, which the one who was caught up in photography had dreamed of piloting, offer a range of possibilities for a photographer above all curious to know and then to shape the world in which he lives. In square black and white, with precision and sensitivity, without making any effects, by finding the right distance that allows sharing.

It is this idea of ​​sharing, with the landscapes and inhabitants of today’s Couserans, as well as, beyond time, with Jean Dieuzaide, that Patricia Lefebvre pursued to create diptychs in a dialogue between lights.

“To be a photographer? It’s about discovery. It is seeing and showing amazing or rare things. But what we don’t know is that the astonishing or the rare is often in the simple banality of everyday life. ” said Jean Dieuzaide. For him this was true, in Ariège and elsewhere.

The Jaipat Association presents “2021: from Yan to Jean Dieuzaide”, an artistic and cultural project around the work of Jean Dieuzaide, proposed on the occasion of the centenary of his birth (June 20, 1921) in collaboration with Michel Dieuzaide and Le Dieuzaide Photographic Fund of the City of Toulouse.

– From 19 JUNE to 26 SEPTEMBER: In the country of Jean Dieuzaide – Exhibitions at the Château de Seix (09) and in the village (in partnership with the Zoom Photographique 2021, the ADECC, the Pôle Culture Patrimoine Couserans-Pyrénées and the Estivales de Lagorre)

– From OCTOBER 1 TO NOVEMBER 6: “Still lifes? »- Exhibition at the Bordes-sur-Arize Temple (09) in partnership with LES ABATTOIRS MUSÉE FRAC OCCITANIE-TOULOUSE

– And permanently since 2013 “LA ROUTE DIEUZAIDE”, permanent outdoor photographic trail in Couserans made up of 30 images by Jean Dieuzaide from the 1950s / 60s.