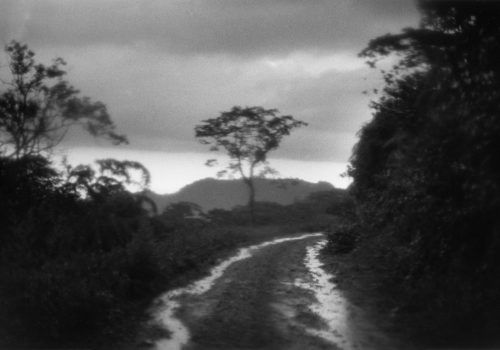 The Florence & Damien Bachelot Collection Print Award, organized by the International College of Photography in partnership with the National Library of France (BnF) and the French Society of Photography (SFP), aims to celebrate the profession and know-how in photography . Created in 2020 as part of the foreshadowing of the International College of Photography, the Drawing Prize was born from the meeting between the College’s desire to promote the art of photographic printing and the passion of the collectors Florence and Damien Bachelot for photographic prints. . Supported by prestigious institutions, this unprecedented prize in the cultural landscape celebrates the excellence of an artistic profession, such as the research carried out by artist photographers in the laboratory.

For this second edition, the Florence and Damien Bachelot Collection Print Award rewards the work resulting from this unique complementarity between the photographer and his / her printer as well as that of photographers particularly invested in the execution of their images. Two categories have therefore been opened: one is for the pair formed by the printer and the photographer, the other is dedicated to photographers making their own prints.

Guillaume Geneste and Bernard Plossu, winners in the “Duo” category

“I have been making Bernard Plossu’s photographs for exactly thirty years. I made the first prints when I was working at Contrejour rue Daguerre in Paris in 1991, Plossu was then 45 years old and ten years before that his legendary book Le voyage mexicain had already Benn published .  The relations which bind a printer to a long-term photographer are the richest that I have been able to live, because they require complicity, a trust and an understanding between the two protagonists, where the “color” of the prints is to be defined from the start of the relationship and must not fail over time. […] Between the printer and the photographer, technique is above all a matter of understanding, interpretation, gesture and making of the print. Photographers come to see a printer and the relationship remains, if they get along well, if the printer is able to make prints where the photographer found what he needed. ” Guillaume Geneste.

Guillaume Geneste was born in 1962, in Paris. From 1986 to 1990, he worked as a printer with Marc Bruhat, at the Sillages workshop. Then, he became head of the laboratory for Contrejour editions, rue Daguerre, in Paris for six years. In 1996, he created his own laboratory, La Chambre Noire, where with his collaborator Guillaume Fleureau, he marketed analog and digital processes, accompanying the photographic image until the photoengraving reproduction. In 2020, he published the Tirage à mains nues with the Lamaindonne editions.

Bernard Plossu was born in 1945, in Vietnam. As a teenager, he developed a passion for moving images while attending the cinémathèque. During a trip to the Sahara with his father in 1958, he made his first photographs using a Kodak Brownie Flash. He moved to Mexico in 1965 and from this stay was born Le Voyage mexicain, a photographic work published fifteen years later. In 1988, he received the National Grand Prize for Photography and his work was the subject of a retrospective at the National Museum of Modern Art – Center Pompidou.