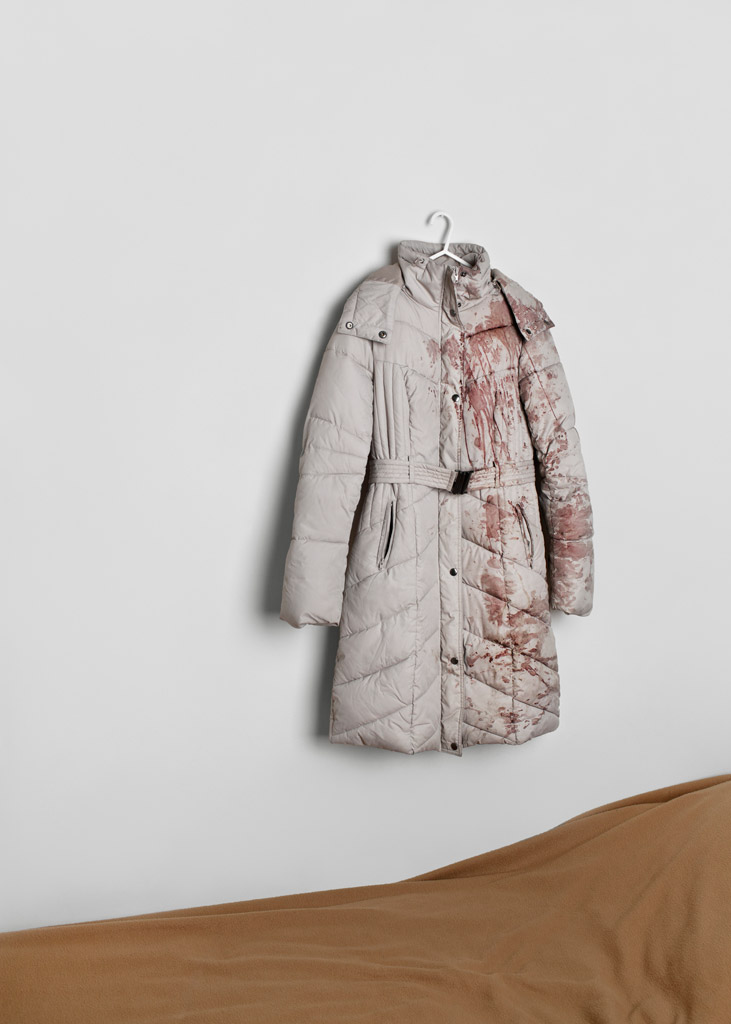 The 21st edition of the HSBC Prize for Photography,for which  Diane Dufour is artistic advisor, was won by Marta Zgierska and Christian Vium. Marta is a young Polish photographer, 28 years old.  For her entry, she presented her series Post created following a serious road accident that happened in 2013.
L’Oeil de la Photographie interviewed the artist following his nomination and brings you a selection from his work.

L’Oeil de la Photographie : You are about to receive the 21st HSBC Prize for Photography. What was your reaction to this announcement? What do you expect from this award as a new winner ?

Marta Zgierska : The phone call caught me at a rather particular moment: I was at a café and the power had just gone out. I listened to the congratulations in utter darkness and silence, and all I understood from the conversation was that I was invited to Paris for a press conference on February 9. Since then, I have been consumed with anxiety: did I really win an award? The idea that I might have been simply nominated kept haunting me, and I tried to undermine every element that proved that I was one of the two award winners. It finally became reality for me, perhaps despite my disbelief about my own capabilities.

Winning the HSBC Prize for Photography means a great deal to me; it’s an amazing opportunity. I am most of all very happy, although very insecure. If this is real, I think that this award proves to me that it is worth devoting oneself to what really matters. A proof that, if you work hard, if you overcome your discouragement, the energy and the faith you put into your work are bound to pay off.

ODLP : You have been awarded the HSBC Prize for Photography for your work “Post”. This series was born in the aftermath of a serious injury you suffered in a car accident  in 2013. Can you describe for us how you tackled this project? Did creating “Post” as a form of therapy help you heal, both physically and emotionally?

MZ : I don’t think of “Post” as therapy. It does not fulfill a therapeutic function. I know that this is a question I will be often asked regarding this project. However, for me, this is a matter of a natural necessity to express what is really important to a creator, her environment, the elements she uses to create. Art is the result of our experiences, our reflections, our observations. My experiences are the raw material I work with.

You can see this in “Post.” On the one hand, the cycle draws on often-traumatic experiences; on the other, it is a reflection on memory, both as a post-traumatic experience and a convergence between the nature of the photographic medium and the structure of trauma. Personal experiences thus give rise to a story—a story about the shock and the accident, but above all a more universal story, about fear and confronting reality.

One of the principles behind “Post” is that a piece of you may be found in another human being. In cases of trauma, you can discover a twin traumatic memory in another person. Despite of your specificity as individuals, you can have the same experience, a similar birthmark. That is why sometimes a simple, abstract image provokes identical associations in very different people, like for example the return to the inexperience. The reflections which accompany the photographs are the result of my study of trauma and post-traumatic photography, in particular from the point of view of the relation between the viewer and the image.

I once met with the criticism that the images in “Post” are formally too pure, too polished. But after several months of work I know that they couldn’t be any other way. Because it’s not a question of overcoming my weaknesses, pushing my limits; nor is it an attempt at emancipation, but rather the representation of a state, how I am embedded in the world, how it hinders me. This is visual asceticism. In Polish, “Post” not only means “after”; the first meaning is “fasting, abstinence.” That’s why the aesthetics of the series is dominated by grey, cold, and dead tones, and is thus possessed of great expressive power. I think that the semantic interplay between the content and the form is particularly rich here.

ODLP : The HSBC Prize for Photography offers you an action-packed year with travelling exhibitions and the publication of a monograph. How do you feel about this ?

MZ : I think that a prestigious award such as the HSBC Prize for Photography will legitimize, if only to myself, my creative work. Such a distinction stimulates you, gives you energy to keep on working, and all the opportunities I have been offered by the organizers of the competition allow me to alter my own perception of myself, and simply to fulfill myself professionally, without any trivial and limiting considerations such as networking and financial support. This is going to be a hardworking and stimulating year. There is no doubt it will also be stressful, and I will have to reassess my own interpersonal skills. This is a big challenge for me, but I hope that, thanks to the encouragement of so many wise and supportive people, this is going to be a crucial experience which will allow me to flourish creatively.

ODLP : Since last year, the HSBC Prize for Photography has provided help  for the creation of a new production . Do you have a clear idea of the project you would like to work on ?

MZ : Thanks to my project “Post,” I have a very clear sense of the direction where I want to take my photography. Before I can speak of a new project, I must first complete the current series, which is what I am doing. I know that I am going to concentrate on what is at my core: uncertainty. However, it’s going to take on a very different dimension. That’s all I am able to say about it at this point.

ODLP : What made you decide to submit this work for the HSBC Prize for Photography? How long have you known about this prize? Do you have any particular memories of the early winners of the Prize that made you feel like participating ?

MZ : It was my boyfriend who encouraged me to submit my portfolio. Without him, I wouldn’t be where I am today. The force of his insistence, spurring me on even despite myself, is really incredible. Thanks to him, after a long period of inner struggle, I got to a point where I am able to think of my work as a whole, as something worth showing. I started showing “Post” in 2015, and I am very happy that this work has met with such interest.

My adventure with HSBC is only just beginning, but I am certain that the most important thing about this competition is the process the award winners go through. Collaborating with the other award recipient, meeting important and inspiring people, while working simultaneously on the monograph and on exhibitions in different locations—all this is a solid foundation for the future.

As for the previous years’ laureates, I love the work of Noémie Goudal who won the Prize a few years ago, and I was really impressed by the series “Encouble” by Delphine Burtin, winner of the 2014 prize.