Felice Beato: On the Eastern Road 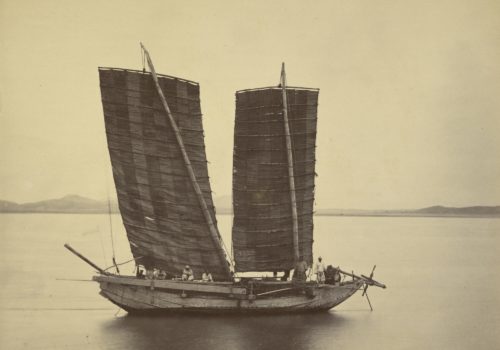 Felice Beato: A Photographer on the Eastern Road will present the first survey of Felice Beato’s (British, born Italy, 1832–1909) long and varied photography career which covered a wide geographical area—from the Middle East to Southeast Asia. This exhibition will run concurrently with Photography from the New China.

“In 2007, the Getty Museum acquired a substantial collection of more than 800 photographs by Beato, a partial gift from the Wilson Centre for Photography. This important acquisition is the impetus and foundation for this exhibition, which covers Beato’s entire career from his war photography to his commercial studio work,” said Judith Keller, senior curator of photographs.

The exhibition looks closely at the photographs Beato made during his peripatetic career that spanned four decades. Following in the wake of Britain’s colonial empire, Beato was among the primary photographers to provide images of newly opened countries such as India, China, Japan, Korea, and Burma. A pioneer war photographer, Beato recorded several major conflicts, including the Crimean War in 1855–56, the aftermath of the Indian Mutiny in 1858–1859, the Second Opium War in 1860, the Western punitive campaign to Shimonoseki, Japan, in 1864, and the American expedition to Korea in 1871. His photographs of battlefields, the first to show evidences of the dead, provided a new direction for war photography.

“Felice Beato was one of the first global photographers,” explains Anne Lacoste, assistant curator of photographs and curator of the exhibition. “No one before him was present with a camera in so many different countries to chronicle conflicts or to record their foreign cultures ranging from the Crimea, to India, to China, to Japan, to Korea, to Sudan and finally Burma,”

Beato’s experience in the Crimea was a decisive point in his career. There he learned to make photographs in extreme and unpredictable conditions. He insinuated himself into the world of the officers’ mess and assiduously cultivated his connections with those men. Such relationships would serve him well throughout his career, particularly in covering military campaigns in India, China, and Burma.

Eager to take advantage of Western interest in the conflict in India, Beato arrived in 1858 to record the rebellion’s aftermath. Guided by military officers, he made images of the mutiny’s main sites—Delhi, Cawnpore, and Lucknow—that he sequenced and captioned to re-create the primary events. In some views, he added enemy corpses to increase the dramatic effect.

Under the extreme wartime conditions of the Second Opium War, where Beato accompanied the French and British troops, he made a series of photographs that documented the progress of the military campaign, including gruesome scenes taken immediately after the ravages of battle.

Known in Beato’s time as the Hermit Kingdom, Korea was one of the last countries still closed to the outside world. Beato was hired to document an American punitive expedition to Korea to seek a treaty and negotiate trade relations. However, violence broke out and retaliatory actions were taken by the Americans. From his trip, Beato brought back 47 photographs, including numerous portraits of military crews and views of the fleet and battlefields. Among these views of the local scenery and portraits were the first known photographs of Korean natives.

Felice Beato: A Photographer on the Eastern Road also examines the ways Beato tailored his images of foreign cultures to the Western audience. As Western colonial empires expanded in the second half of the nineteenth century, the market for photographs of distant lands grew dramatically. Tourists and armchair travelers who sought enrichment through reading image-laden travel diaries were Beato’s primary clients. Beato’s oeuvre is exceptionally diverse, including topographical and architectural views as well as portraits and costumes studies of the countries he visited or in which he resided.

Beato started to make panoramas early in his career, and they became one of his specialties. Taken from a high vantage point, they survey and document cities and landscapes in a wide, all- encompassing format. Composed of from two to eight individual prints, they required an expert command of the photographic technique. The final prints were joined together and were often inserted into albums. The process of folding and unfolding these panoramas to view them would have engaged the viewer with their impressive size and detail.

Architectural views were especially popular. Beato often included people to establish scale and create vivid, authentic-looking scenes. The sitters are typically native individuals whose expressions and postures tend to reflect the political status of their respective countries at the time.

In 1863 Beato opened a photography studio in Yokohama, Japan, where he spent more than 20 years producing the first significant series of photographs made by a Western photographer in that country. Later in life, Beato settled in Mandalay, Burma (present-day Myanmar) in 1887, where he established a photo studio and curio shop that became an attraction for foreign visitors.

During his time in Japan, one of Beato’s most important innovations was the introduction of the art of coloring photographs. He used watercolor instead of oil pigments, which provided greater translucency and resulted in a subtle but vibrant colored photograph. Beato also offered the first photographic albums in the country that included scenic views and costume studies depicting Japanese domestic life. They presented an overview of Japanese culture and were sold as souvenirs to tourists.