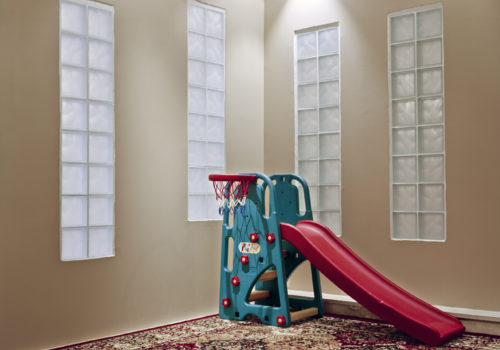 Edmund Clark: War on Terror concludes at London’s Imperial War Museum at the end of August after being on view for more than a year. It is a shame that VIP visitors to the outstanding recent Photo London were not offered a special walk through with the artist because this exhibition is one of the most outstanding photo exhibitions the Unseen Eye has witnessed lately.

“Witness” is a good word here.  Clark is bearing witness. Kathleen Palmer, Head of Art, IWM, and co-curator with Hilary Roberts says in the press release that “Edmund Clark’s innovative work finds new ways to make visible aspects of the ‘War on Terror’ which have remained out of sight.”

He brings the unseen into the light.

The elements of the show are uncomfortably handsome, making the moral considerations confronting contemporary society here even more difficult to suss out.  What do we think about detaining citizens without any sort of due process, without being charged?

The wall texts are excellent. Here is an example: “Clark’s work considers the human, legal and ethical implications of state counter terrorist measures and questions the stereotypical portrayals of suspects. He confronts official constraints and censorship regarding access to the individuals involved and how they can be depicted. He integrates images of everyday spaces and personal possessions with administrative documents to evoke the consequences for those living under state counter-terrorism measures. This exhibition reflects Clark’s evolution as a photographer and artist who is seeking to examine the complexities of modern asymmetric warfare”. Nicely done.

What is so striking about Clark’s photography is that it is clear eyed and well made. It transcends its seeming documentary limits by being so good looking. It is emotionally cool yet rife with dread and creepiness. The colors are crisp, and the prints are big and sharp.  The visitor is greeted by glass doors revealing a wall sized image of a forest, some subversive woods with some structure pixelated from view. The mix of documents and video takes some time to work through, but the viewer can sense the subtext in the images immediately, and it is chilling.

At the IWM with his most recent Negative Publicity: Artefacts of Extraordinary Rendition, Clark illustrates the madness of secret detention and interrogation with photographs of seemingly banal, unlikely locations, anonymous middle class residences. This body of work has been created in collaboration with counter-terrorism investigator Crofton Black.  They have done exhaustive research. Clark and Black deservedly received the 2017 ICP’s Infinity Award for Documentary and Photojournalism Work for the project.

The inspiration for Guantanamo: If the Light Goes Out was taken from a detainee’s talking about his adjustment to life at home after being released (without having been charged), “If the light goes out unexpectedly in a room, I am back in my cell”. These works were made in Cuba and in Britain, cruelly and strikingly similar environments. The photographs, particularly in this section, have bold unrestrained compositions.

There is an earlier audio-visual work Section 4 Part 20: One Day on a Sunday produced with Anna Stevens which chronicles a specific detention of a former Guantanamo prisoner, British resident called Jumah al Dossari. Details from those documents are accompanied by a sound track containing extracts from the Camp Delta Standard Operating Procedures Manual instructions for camp personnel being read (compliments of WikiLeaks), set with testimony from an interrogation (from Amnesty International). This is a continuation of Clark’s redacted “Letters to Omar” (Omar Deghaye, by name).

Control Order House obliquely details, without identifying anything, the interior of a house holding what is described as a “controlled person” in the UK. This someone who is effectively detained without trial based on secret evidence. The final gallery has 500 prints mounted horizontally and chronologically, incrementally constructing a Kafka-esque existence of anonymity and normalcy. This is frightening in a most up-to-date way.  Some visitors here feel compelled to add graffiti-like observations or simply to mark them up with pens. The photographer comes in to check this periodically; the museum replaces prints with oddly appropriate efficiency.

Clark has really hit his stride here, and it has been a pleasure for the Eye to witness his growth as a visual artist who has conviction and intelligence and who manages to channel his outrage artistically, subtly and effectively.

W.M Hunt is a photography collector, curator and consultant who lives and works in New York. He is a professor at School of Visual Arts and is on the Board of Directors of the W. Eugene Memorial Smith Found. His book entitled The Unseen Eye (published by Aperture) and focusing on his personal collection is one of the most intriguing compilations of photographs.