Before Talbot : Villa Medici Through The Looking-Glass 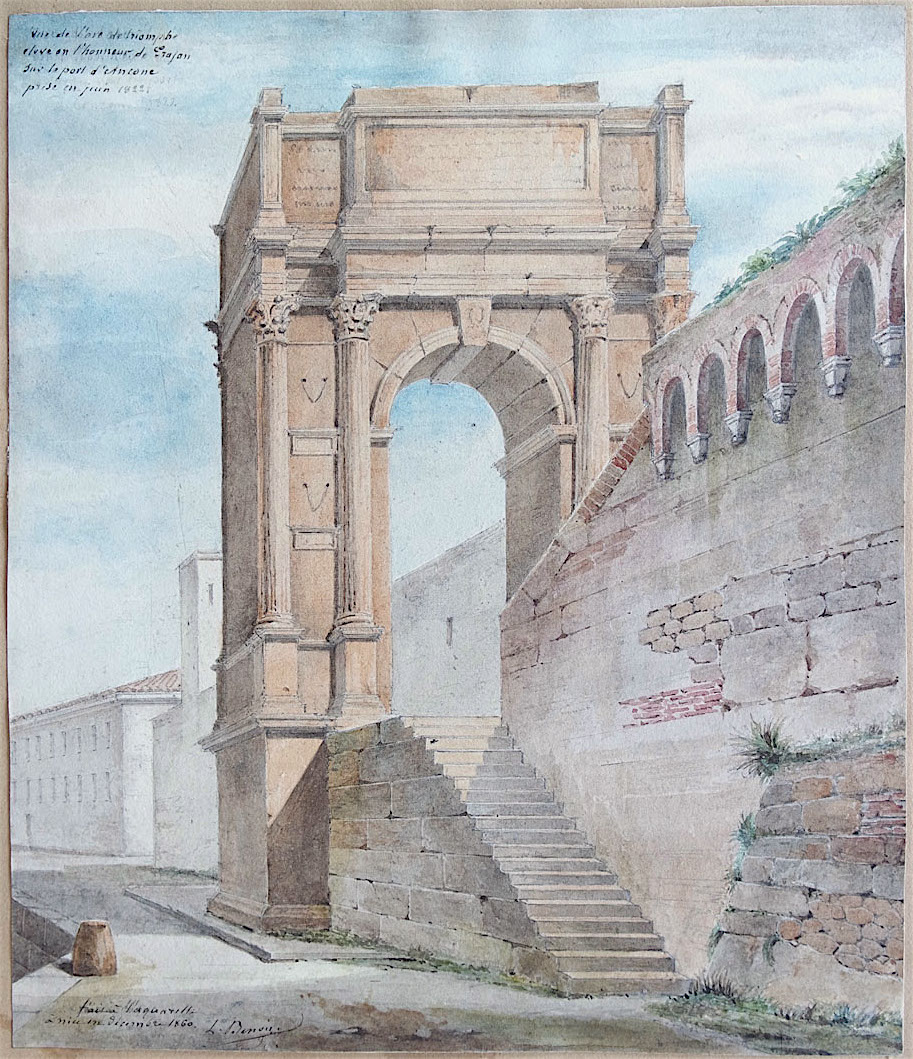 The camera lucida was patented in 1807 by William Hyde Wollaston «to facilitate accurate sketching of objects». It consists of a four-sided prism mounted on a small stand leaning over a sheet of paper. By placing the eye close to the upper edge of the prism so that half the pupil looks over the prism, the observer is able to see apparently lying on the paper, a reflected image of an object situated in front of the prism. He can then trace the image with a pencil.

The basic optics were described 200 years earlier by Johannes Kepler in his Dioptrice (1611), but by the 19th century, Kepler’s description had fallen into oblivion, so Wollaston’s claim was never challenged. The term «camera lucida» (light room as opposed to «camera obscura», dark or veiled room) is Wollaston’s.

While on honeymoon in Italy in 1833, William Fox Talbot used a camera lucida as a sketching aid. He later wrote that it was a disappointment: this encouraged him to seek a means to “cause these natural images to imprint themselves durably”.

«At first I found the camera lucida very difficult to use. It doesn’t project a real image of the subject, but the illusion of one in the eye. When you move your head everything moves with it, and the artist must learn to make very quick notations to fix the position of the eyes, nose and mouth to capture ‘a likeness’. It is concentrated work…» (David Hockney, Secret Knowledge).

The French Academy in Rome

Villa Medici appears as an influencial place for the early days of Photography, from the daguerrian experiments of Girault de Prangey in May 1842 until the Golden Age of the Caffè Greco School in the 1850s. Now we could also consider the period of the 1820s as a decisive moment for Visual creativity.

The Academy was founded at the Palazzo Capranica in 1666 by Louis XIV and transformed under the direction of Jean-Baptiste Colbert, Charles Le Brun and Gian Lorenzo Bernini. The Academy was from the 17th to 19th centuries the culmination of study for select French artists who, having won the prestigious Prix de Rome (Rome Prize), were honored with a 3, 4 or 5-year scholarship (depending on the art discipline they followed) in the Eternal City for the purpose of the study of art and architecture… In 1803 Napoleon Bonaparte moved it to the Villa Medici, with the intention of perpetuating an institution once threatened by the French Revolution and, thus, of retaining for young French artists the opportunity to see and copy the masterpieces of the Antiquity or the Renaissance and send back to Paris their “envois de Rome”, the results of the inspiration they had gained in Rome… » (Wikipedia).

Louis Benois (1796-1873), a French architect born in Saint-Petersburg, spent two years in Rome and Italy in his youth, 1821-1822, where he met a number of French and international artists, painters, architects and sculptors. On 20 February 1823, having returned from Rome, he married Adèle-Félicité, daughter of François-Honoré Jacob-Desmalter (1770–1841), the owner of the famous furniture workshop; the young wife died two month later.

After one year of formal mourning , on 4 May 1824, he married Aimeé -Laure Odiot (1805- 1896), the eighth child of Jean-Baptiste Claude Odiot, wealthy French silversmith. The wedding was extremely happy, despite Mr Benois having to face bankruptcy during the French railways crash of 1847. And ten years later, on March 1857, the Benoit moved together with an old excentric French-Egyptian general, Noël Varin-Bey, to a comfortable house in Rueil Malmaison (formerly Bois-Préau): a mansion in a park that soon was filled by collections of drawings, paintings, archeology and Egyptian mummies, one of which became famous in 2001 (see the story of Ta-Iset: The Guardian / egyptian- mummy-french-rubbish-dump).

Laure Odiot, only sixteen at the time, was not part of the 1821 trip to Pompei, but she was able to visit Naples thirty-five years later (certainly escorted by her husband), and on that occasion,she completed and captioned the camera lucida drawings with ink wash and watercolors, signing them when in Nice or Naples.

The album binding being damaged, all pages were removed: the position of each drawing in the album is precised: «Album Amicorum, leaf 32».