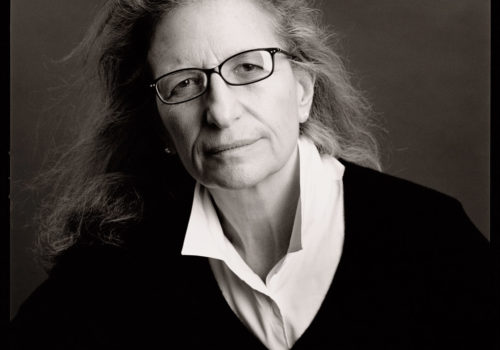 I have been called a street photographer who knocks on the door. For me, inside a person’s shelter is where the evidence of their experience resides. While reading Yale University professor Alan Trachtenberg’s brilliant essay, The Claim of a Jewish Eye,1 I was stopped in my tracks by one sentence. Alan wrote, “It would help if we had memoirs and oral histories, records of how the photographers themselves believed or disbelieved that their identity as Jews mattered in their photographic work.”

Through my entire career, I have been physically and intellectually surrounded by Jews who make photographs. I often wondered, what could bearing Jewish ancestral roots possibly have to do with the skills involved in being a photographer? Why have so many Jews made so many iconic photographs throughout the history of American photography? Immediately I knew; I can do this. This is mine. —Penny Wolin

“You hope to lead up to a moment of magic.”

The longer you live, the more you realize you have less control over anything. You can just set the stage in all that you do and hope that something will happen in fact. You hope to lead up to a moment of magic, of something that will occur that you don’t expect. As photographers, that is what we live for.

“My father always cautioned us to be careful. It can happen again. Those would be the words.”

I named my daughter Sarah after my mother’s great-grandmother, who was also named Sarah. At my daughter’s naming ceremony, my father started to cry. He suddenly remembered that his mother’s mother was also named Sarah. She was a victim of a Romanian Pogrom. They took Jews to the edge of town, killing her and most of her family. He had never talked about this before. He shared this information upon Sarah’s birth, when I was 52 years old. I think it was just so dark and very repressed for him. It was a gift to us before he died.

Can you imagine what they went through? He not only encountered anti-Semitism, but in the realm of being Jewish, there were class distinctions among Jews. Being from Romania, he wasn’t supposed to be marrying my mother, who was from Russia. They were highfalutin and my father was like the horse thieves. — Annie Leibovitz

Several hours after the portrait of John and Yoko was made in January, 1981, John Lennon was assassinated in front of his apartment in New York City. The photograph ran on the cover of Rolling Stone magazine to commemorate the former Beatle. In 2005, it was voted by the American Society of Magazine Editors as the Best Magazine Cover of the last 40 years.

After living on an Israeli kibbutz, twenty-one year old Leibovitz returned to the United States in 1970 and became a staff photographer for Rolling Stone magazine in 1971. After two years, she became its chief photographer until she quit to begin working for Vanity Fair magazine. She has freelanced for such notable advertising clients as American Express and Walt Disney Company and was the official photographer of the 1996 Summer Games in Atlanta.

Leibovitz has exhibited solo at the National Portrait Gallery and the Brooklyn Museum. She was featured as an “American Master” by the Public Broadcast Service and has been designated a Living Legend by the Library of Congress.