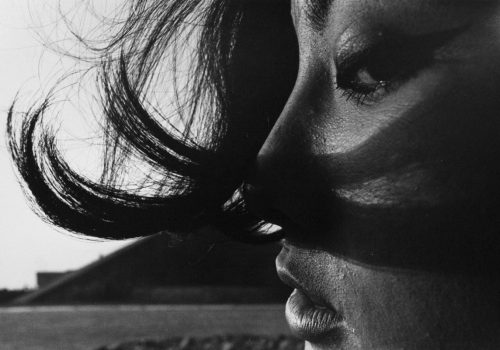 An exhibition in Antwerp, Belgium, sheds light on one of the most acclaimed and influential photography group.

Vivo was a Japanese photographer’s collective founded by Shomei Tomatsu, Eikoh Hosoe, Ikko Narahara, Kikuji Kawada, Akira Sato and Akira Tanno. Although Vivo was active only from 1959 until 1961, it culminated a movement in postwar Japanese photography called “the image school” with roots dating back to the early 1950s that anticipated and profoundly influenced Japanese photographic style of the 1960s and 1970s.

The Vivo photographers forged a discourse on the fundamental questions of photography as praxis – its relationship to social and political revolution, its ambiguous function as both documentary evidence and art, and its structural dialectic between subjective and objective realism. Drawing on the prewar history in Japan of both photojournalism and surrealist art photography, and inspired by contemporary American and European photography, Vivo arose in response to the existential and radical ideas that shaped Japan’s postwar intellectual and cultural vanguard.

The Vivo artists all were born in the 1930s and raised under Japan’s imperialist regime, and came of age amid war, defeat, and devastation. They emerged in the mid-1950s as youths who, disappointed in institutionalized politics and resisting the postwar Americanization, were dedicated to the possibility of art to transform Japan’s socially entrenched statism. Most of all, their subject was postwar Japan – its modernity, its identity, and its wartime past, which was silenced but not gone.

What distinguishes their work from that of the earlier generation of documentary photographers is their obsession with how to describe immediate experience: their images are not comments on experience, but experience itself. The Vivo artists aimed to express, rather than merely document, the visual and existential discord that pervaded everyday life. They accomplished this through their clear concepts, a meticulous sense of composition and framing, coupled with a heavy emphasis on the symbolic.