Walker Evans, In love with the roadside 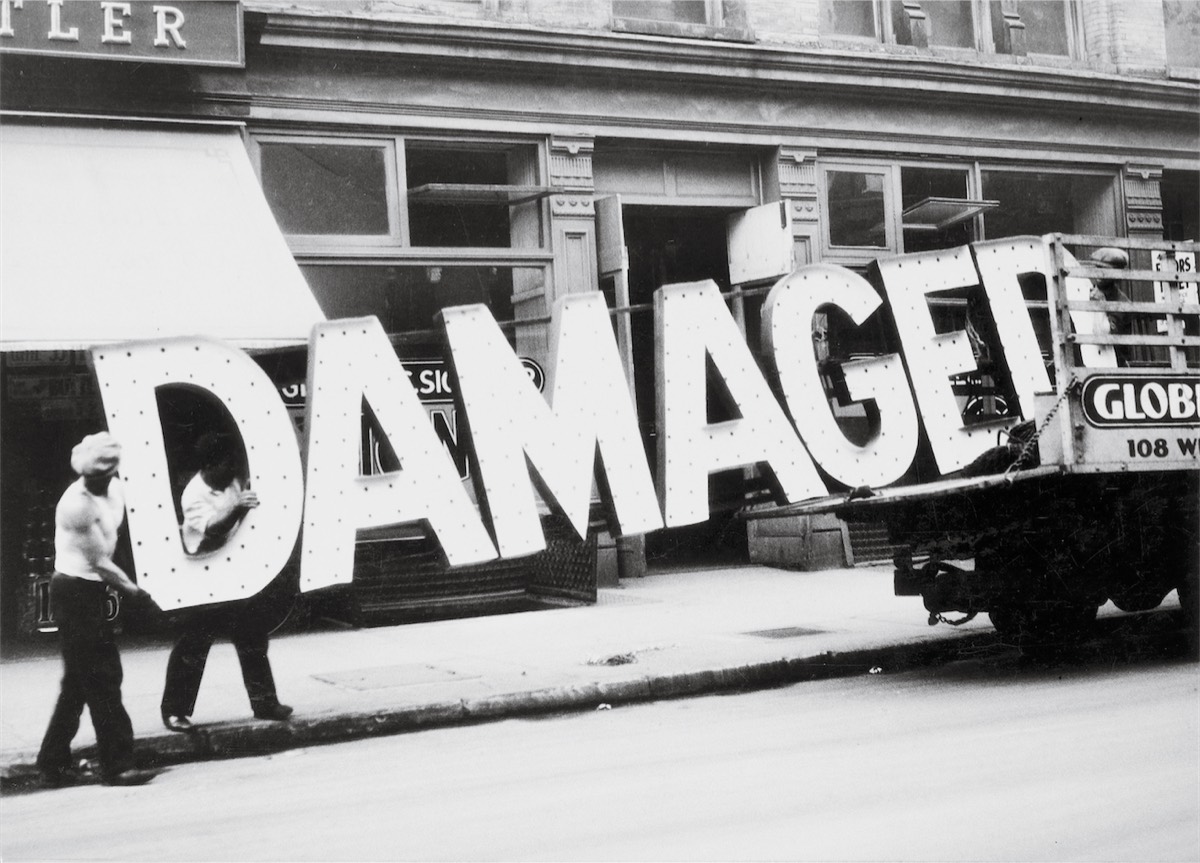 Centre Pompidou in Paris is holding a retrospective of the father of street photography. Passersby, storefronts, everyday objects: the eye of a wayside explorer.

“Mais je vague,” Walker Evans wrote when he was trying his hand at French during his studies in Paris in 1926. “I’m roaming.” A professor at the Sorbonne corrected him and inserted “di” before “vague”: “Mais je divague.” “I’m rambling.” And we get an image that suits the American artist so well: borrowing the beautiful title of Apollinaire’s work, we could call Evans “le flâneur des deux rives”—“the flâneur of the two river banks.”

His destiny as a flâneur is already inscribed in his name, and his oeuvre is that of a solitary walker, someone who drifts and divagates and daydreams.

In 1926, aged twenty-three, the young man aspired to a life that would run counter to that of his father, an advertising director and businessman. Walker wanted to be an artist and dreamed of becoming a writer. He had a boundless admiration for Baudelaire who was his inspiration. He also loved Flaubert, Cendrars, Proust. But he confessed to lacking the nerve to make a living with his pen. He felt that would have been aiming too high. Instead, he liked to take photographs, and produced the opposite of what would have appealed to his father, the flipside of advertising: that is, useless images. He photographed people from behind, or laundry hanging on a clothesline, or a street corner where two guys in hats hung out aimlessly.

At the time, he was trying to find himself, he experimented and explored, until two encounters steered his life—and his work—in a new direction. The first was his relationship with the photographer Lincoln Kirstein, which led him to begin developing a body of work on architecture. The second was an encounter with the photographer Berenice Abbott, Man Ray’s former assistant, who introduced Evans to the work of Eugène Atget.

Atget’s photographs shaped Walker Evans’s vision. Like the French photographer in his time, the young American was enthralled with the immediate contemplation of the street scene in all its banality: storefronts, advertising posters on the walls, passersby, workers…

The characteristic trait of Evans’s oeuvre is what the curator of the exhibition Clément Chéroux terms a “vernacular style.” The entire retrospective at Centre Pompidou — which brings together nearly 300 photographs and some 100 documents — is organized around this theme. “Vernacular,” explains Clément Chéroux, “derives from the Latin verna, which means a slave. Literally, ‘the one who serves.’ More precisely, according to the Roman definition, verna was a slave born into the household, in contrast to slaves purchased at a slave market. This was the lowest-ranking slave.”

Walker Evans was fascinated by what was “useful” or “utilitarian” in the simplest sense of the word. He photographed everyday objects: brooms, bolts of fabric, shoes lined up in a window display. He was interested in billboards advertising all those items for sale; he was spellbound by road signs. He captured the inscriptions of the banal.

He naturally turned toward those who served: the invisible people. Only rarely taken on the sly, these photographs are portraits that zoom in on persons marginalized by modern societies. Take the dockworker hoisting heavy sacks of coal, whose face bears the deep scars of hard labor; or the bum asleep on a park bench with only an old newspaper to keep him warm. Then, of course, there are the Midwestern farmers struggling to survive the Great Depression.

A land of decay

Among the portraits on display there is one, today a celebrity, that is exhibited in a separate room: the portrait of Allie Mae Burroughs, the wife of an Alabama cotton sharecropper. These are two photographs that epitomize the years of famine. The farmer’s wife has become an icon of the suffering American countryside in the early 1930s: her gaze is serious, her lips drawn tight, her skin rough.

This portrait was made as part of Roosevelt’s New Deal project aimed at alleviating the crisis of 1929 and raising public awareness. Between 1935 and 1937, Walker Evans and the writer James Agee traveled to Alabama to meet with local farmers. The resulting series is a cornerstone in Evans’s work and reveals a sensibility that has informed all his oeuvre. The photographer approached the weathered faces of the field laborers of the American Plains with tenderness and sympathy.

The worried expressions on their faces, the sunken cheeks and empty stomachs, the emaciated bodies and bare feet, people dressed in rags, a child playing on dirty floorboards: Walker Evans immortalized a land in decay. He showed the interiors of little wooden cabins inhabited by these poor souls. He emphasized the sparse furnishings: a single chair, a broom propped against the door, a scrap of white cloth hung to dry in the corner.

This attention to the little nothings is above all a celebration of what the artist considered to be priceless. Walker Evans appears to be enamored of this beauty. He loved the emptiness of poor households, their absolute simplicity, the bare bones—nothing but what can be put to use.

In contrast, when it came to the rich, he would focus on the detritus, on the useless. He photographed a graveyard of cars that used to be fashionable in 1936. He snapped pictures of cigarette buts on the sidewalk, beer cans flattened against the asphalt, paint flaking off the walls of mansions.

In the intimacy of others’ lives

The love of the useful goes to the very heart of his method: Walker Evans rejected any artistic effects. He refused to embellish his photographs with a style that he would have to cultivate and which would in turn define him. Instead, he preferred to stay close to the source of what makes a work of art: his eye—and nothing more. Clément Chéroux notes that in addition to the absolute neutrality of Evans’s photographs, there is a direct confrontation with the object: “Here is someone who says, ‘Look, there is something to see.’ He doesn’t need to add anything further. He makes art by pretending not to make art.”

Walker Evans was fascinated by vernacular photography, that is, by photography that is not “artistic,” but rather “utilitarian”: news photos, police photos of crime scenes, anonymous photos taken as souvenirs… Throughout his life he collected dozens of thousands of postcards as well as photographed the world of popular photography: here a photo booth, there a woman posing for a portrait against a carefully picked backdrop, and there a darkroom.

By positioning himself as he did, the photographer would become the pure passer of his own gaze. He added nothing. He said that the photographic act was self-sufficient: wherever he would place himself to photograph. And his place was in the intimacy of the lives of others, in the sidelines of their daily routes, like a gentle observer of the workings of the world.

He observed, for example, those farmers going to work or coming back, what they were in that simple moment, purposefully on their way.

In 1946, he snapped a photo of bystanders in a Detroit street for a series he was compiling for Fortune magazine. A few years later, he hid a miniature camera in the folds of his coat and boarded a New York subway. He took surreptitious portraits in which passengers stare into the void, doze off, or daydream.

The photographer froze a moment of their transit, fascinated by the coming and going.