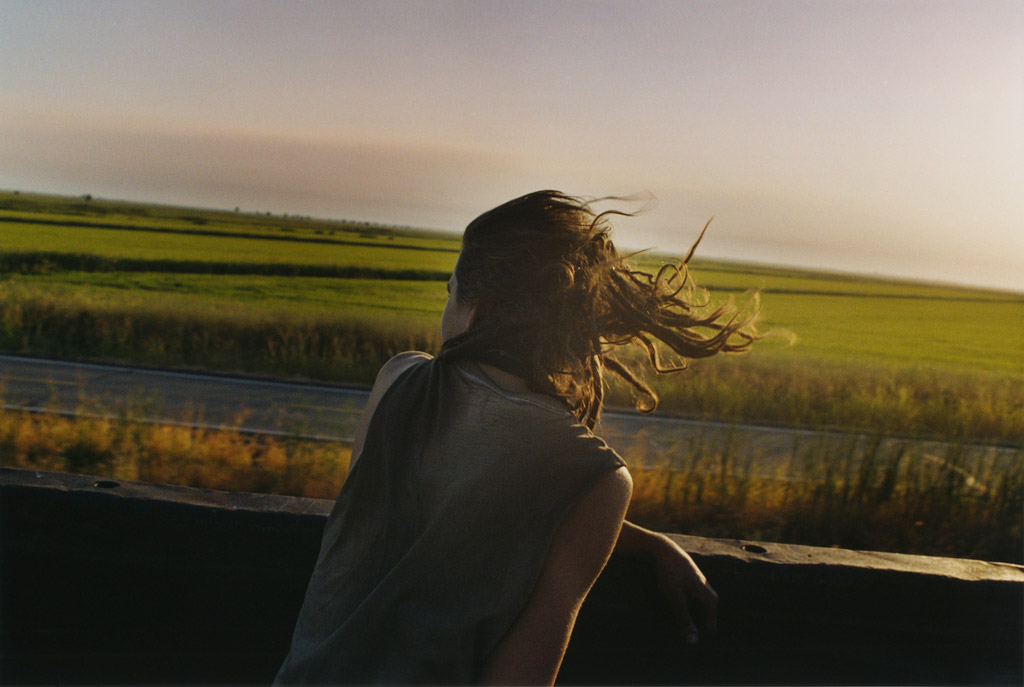 From March 7th to April 17th Fundacion Municipal de Valladolid is presenting “Train and Freedom” by Mike Brodie in the venue of Sala San Benito. Mike Brodie is a phenomenon , a natural talented teenager, who got immediately famous through social media and was later celebrated by the art critics thanks to the two magnificent books published when he stopped taking pictures. He lived as an outsider hoping trains crossing United States.

«Photos? I want people to see them, just like I want to tell someone a good story. No one likes being bored.» That’s the whole story. He started quite by chance with a Polaroid. For a teenager, posting his pictures on social media was inevitable. «I was internet famous. I deleted my website and quit taking photographs.»

Mike Brodie was born in Arizona in 1985. His father told him he had only married his mother because he was drunk. His father spent more time in jail than out of it. His mother worked hard as a carer and cleaning lady. Unexpectedly she became born again and quit drinking. She also had Mike baptized. His grandmother drove a truck and was an alcoholic. His grandfather liked automobile racing and abused him as a child.

Brodie was seventeen when he decided to run away from all this and he started to hop trains to cross the States from south to north, west to east. He left behind a family of one kind to find a tribe of another. The tribe he found was particularly photogenic, and he had a natural talent. From 2004 to 2006 he used a Polaroid and adopted the moniker “Polaroid Kidd”. When the company halted production, he bought a Nikon F3 for $150. He travelled fifty thousand miles on the trains and shot seven thousand photographs. Many of them he gave as gifts to the people portrayed in them, especially the instant shots, which he gave to his friends on the trains.

Brodie was exposed to critics and collectors by the publication of two splendid (in the view of many experts, flawless) books by Twin Palms in 2012 and 2014. They are dry volumes: the photographs are untitled, and there is very little in the way of text written by the artist himself, which ends with this expression of total doubt: «I am not sure I want anyone to read all this.» He tells of flash moments in his life, the details that made him what he is: «I found a job, filling bags for shoppers in a store. I won a high school drawing contest and a BMX bike race. I didn’t like girls until I met Savannah. She was a punk. She took my virginity. I was seventeen. Savannah taught me how to drive and took me to my first punk concert. Then I lost my job, they kicked me out of school, I stopped believing in God. They arrested me because I was making graffiti.»

Brodie’s images are perfect in tone, framing, colour, content, spirit and form. All bears the mark of maximum authenticity. Only in this way can we learn how these outsiders live, these freedom fantasizers; we discover them through the lens that looks at them from within, with the complicity of extreme sharing. Just as Nan Goldin did in the 1980s with Ballad of Sexual Dependency. Many years have passed since then but transgression still reveals the same human geography. Stories on the edge, lives lived recklessly, vagabond existences, nights without a home. They dare everything in the name of freedom, from food to life, down to freedom itself. The art of getting things done requires a safety net, the one only your street friends can guarantee you and that saves you in your everyday life.

Mike Brodie photographed all of them, his travelling companions, with respect, intimacy and thoroughgoing resilience. With their rebellious stares, their rust-like colours that resemble the iron of the trains, their injuries and conquests, with the carelessness and extravagance whose thoughtless, excessive charm we find utterly seductive, these creatures are incredibly photogenic.

Emotion, so finely controlled in the few words that Mike Brodie has conveyed to us, finds its path in the photographs of this experience that unfolds and relates itself day by day, in images of a disarming beauty that allow us to breathe in that complex, visionary liberty.

This is a tale composed of small things and of an atmosphere redolent with strain, risk, conquest and illusions.