Uniform : Into The Work / Out Of The Work 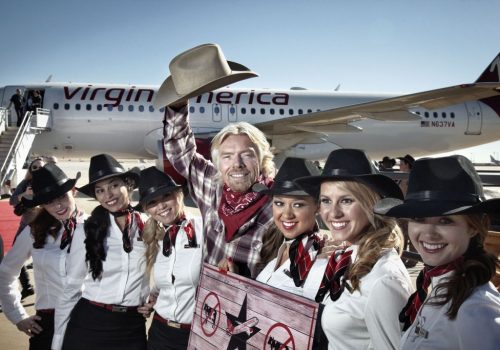 Visiting a show allows us to feel the materiality of the photographic prints, the feeling of the exhibition’s space surrounding you as well as the links and references among the exhibits. We can even decide of our point of view, and, in doing so, we play our own role within the exhibition. That’s why the MAST decided to extend Uniform: Into the Work / Out of the Work until September. While waiting for the reopening, we can discover it online thanks to several digital contents: video-interviews with the artists, a virtual tour with the curator Urs Stahel, some selected issues outlined within the wide selection of materials on stage.

Uniform, dedicated to workwear, shows over 600 pictures by great international photographers, describing so many kinds of clothing worn by workers in different historical, social and professional settings. Despite the huge number of pictures and subjects, Uniform is not a catalogue, instead it manages to explore the functionality, symbolism and fashion statements of uniforms and workwear.

On stage, the images by 44 photographers and a monographic exhibition, by Walead Beshty, displaying hundreds of portraits of art world insiders met by the artist, for whom professional clothing is a hallmark and a kind of code of the anti-uniform.

L’Oeil asked Urs Stahel about the new meaning the exhibition took on during the lockdown period (because of the Covid-19). Indeed, according to the Italian Prime Minister’s Decree, the production of “articles of clothing” was stopped all over the country, but not for “uniforms and other work clothes”.

“The role of workwear changed over the last centuries quite a bit. At one point it became more symbolic; in the present, however, we try to avoid clear symbols of workwear, as we live in a highly individualised society. Right now, through the Coronavirus crisis, this might change again. Serious working clothes might be looked at with more respect and with more urgency. Suddenly we feel a strong need for it. We feel maybe exposed without it”.

“First and foremost, workwear is exclusively functional”, protecting the worker from dirt and accidents. “It has a symbolic meaning. It symbolizes belonging to an association, an organization, the military. It symbolizes a status within an association and within society”, Urs Stahel says.

Uniforms emphasize there is no difference among those who are part of each group. At the same time, they can highlight the wearer’s separation from the community. The word “uniform” simultaneously reveals inclusion and exclusion. In the anthropological viewpoint, this is close to masking and to its crucial meaning as an aspect of semiotic identity in society.

As an excursion through garments and uniforms, the exhibition also takes a look at the cultural and economic contexts across continents and industries. It also shows us how uniforms can be both functional and symbolic. They can transform themselves in fashion items, too, thanks to a combination of the trickle-up and trickle-across mechanisms (the jeans, for instance, or the trenchcoat, that used to be an item of clothing for Army officers during the First World War).

The monographic exhibition Industrial Portraits by the American photographer Walead Beshty, staged in the Gallery/Foyer shows 364 portraits divided into seven groups of 52 photographs each (the number of the days and weeks in a year). He portrays people he came in contact with while working, making his art or preparing exhibitions (artists, collectors, gallery owners, technicians). Walead Beshty has photographed 1,400 people with a small camera and 36mm analogue film over the past twelve years. He selected one portrait for each subject, and 364 were selected for the exhibition at MAST.

While waiting for the reopening, why contents online dealing with exhibitions have been so important during the lockdown (and right now, too)?

“We’ve had a complete shut down of exhibitions. And we were all asked to stay home. In such a moment online programs started to be important. It is very interesting to see what happened and I am curious to see how much it will influence future programming of museums after Corona. I bet that the relation between museums/Institutions/archives and the public will be much more interactive after than before”.

UNIFORM: INTO THE WORK / OUT OF THE WORK