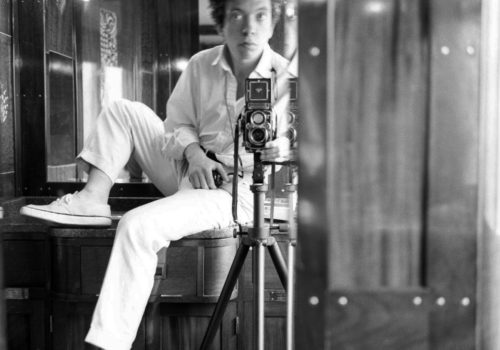 In the world of photography, Frederick-Edwin Bertin is an atypical and sometimes confusing character. His approach to photography is peculiar and for many, he seems to come from another era as his manners are so delicate.

His story, moreover, is singular. Indeed, in 1977, in a few days he became blind, his corneas having dried and shrunk. His corneas had almost fallen out when he decided to escape from the Parisian hospital where he was staying to go to London. There, it took all the experience of Professor Bary-Jones and the most attentive treatment of the nurses at the Moorfields Eye Hospital for him to emerge three months later, cured and eager to see, look and observe.

It was during a walk in Hyde Park when it had just rained and the sun illuminated all the leaves of the blazing trees. He found it so beautiful after all those weeks that he decided in a split second to become a photographer.

Frederick-Edwin began working for Condé Nast Paris, then for Vogue Hommes, Vogue Décoration and Vogue Paris, before changing course and producing his own series of work, starting with a study of the five main colleges of Cambridge University. This series was exhibited at Christie’s in London, then at the Galerie Demi-Teinte in Paris, before being published by Vogue Paris. Several of these portraits are also part of the permanent collection of the National Portrait Gallery in London.

This was followed by a very intimate work on the Benedictines from the Beguinage in Bruges, before starting his “Swedish Saga”, a series on Ingmar Bergman’s artistic team in Stockholm. For three years, he dedicated himself to the realization of 98 portraits, plus one of Bergman himself, -this was one of the only two portraits of Bergman that he personally authorized- the other being that of Irving Penn-. This work was exhibited at the Kinematheque in Berlin and at the Art Photo Collection in Gothenburg. In a great honor to the photographer, the Bank of Sweden chose his portrait of Ingmar Bergman to be featured on its new 200sk banknote issued in late 2015.

Next up was a work on semi-tropical plants in a garden frequented by Lord Byron in the early 19th century in Sintra, Portugal. A series selected as the winner of the Hasselblad World Master Award and exhibited at the Galerie Armelle Toublanc in Paris, and which seduced the Erna and Victor Hasselblad Foundation who  acquired several limited prints.

Able to work for years on the subjects that fascinate him, Frederick-Edwin Bertin considers himself to be traveling from the 18th century to the 21st century with his Hasselblad and Leica cameras, a journey of visual and photographic discovery that never stops.

His work is produced in extremely limited editions, only two prints of a single photograph are available. 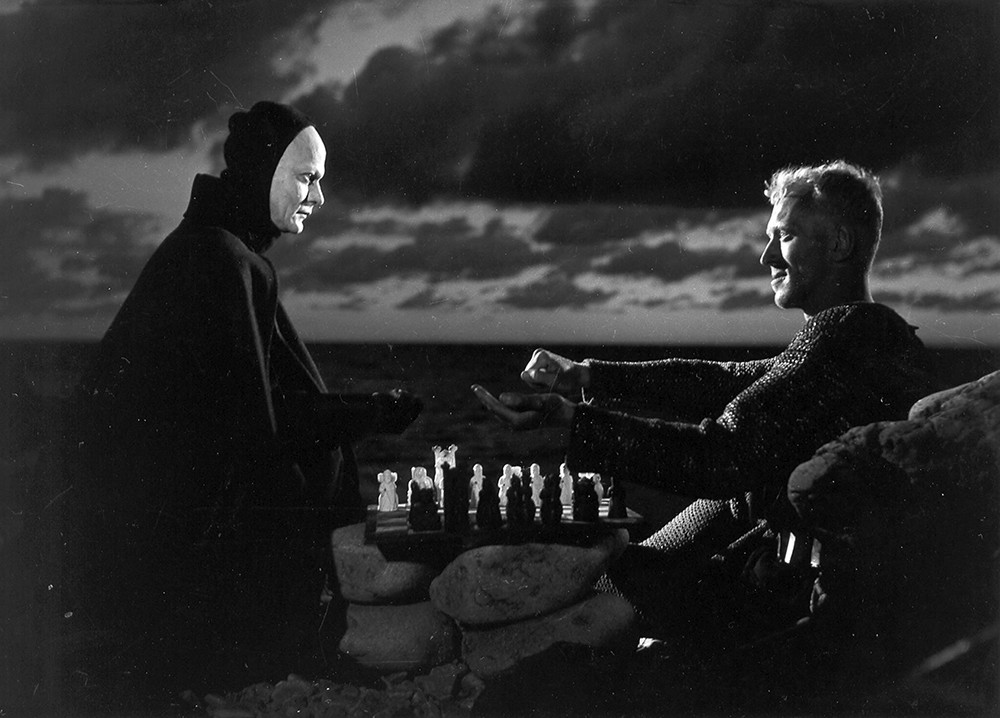 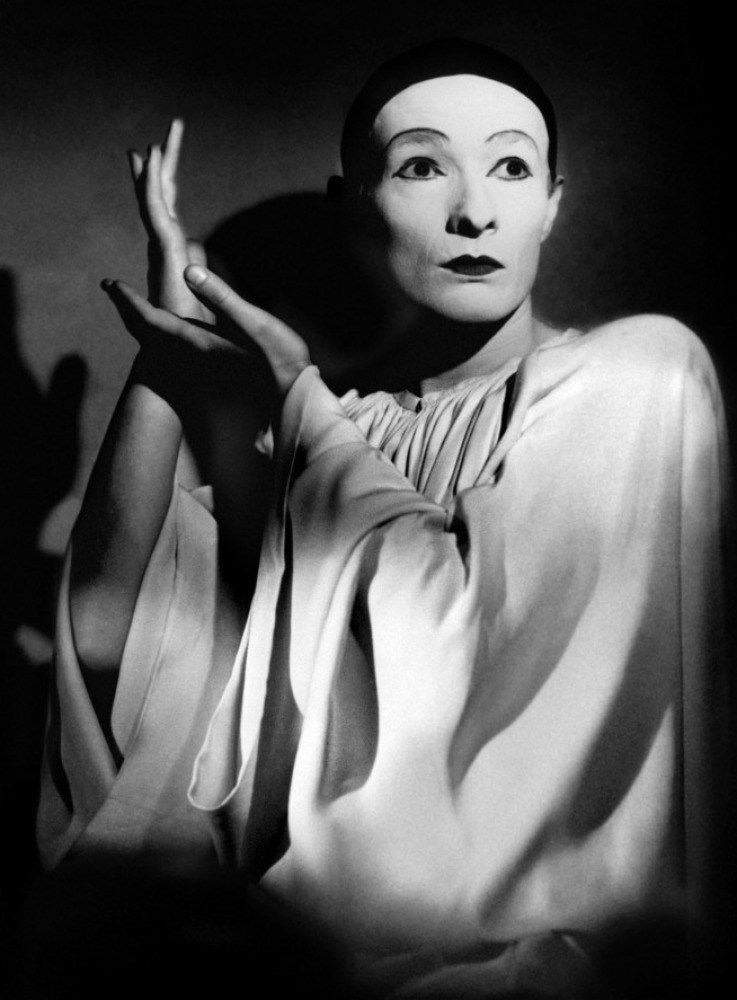 Frederick-Edwin Bertin : There are several: Alfred Stieglitz and Bill Brandt, but also Irving Penn whom I admire enormously.

Frederick-Edwin Bertin : “Moroccan Child with Lamb” made by Irving Penn in Morocco. There is a color version and a black and white platinum/palladium version. I don’t know which of these two versions I prefer. But both fill me with emotion every time I see them. 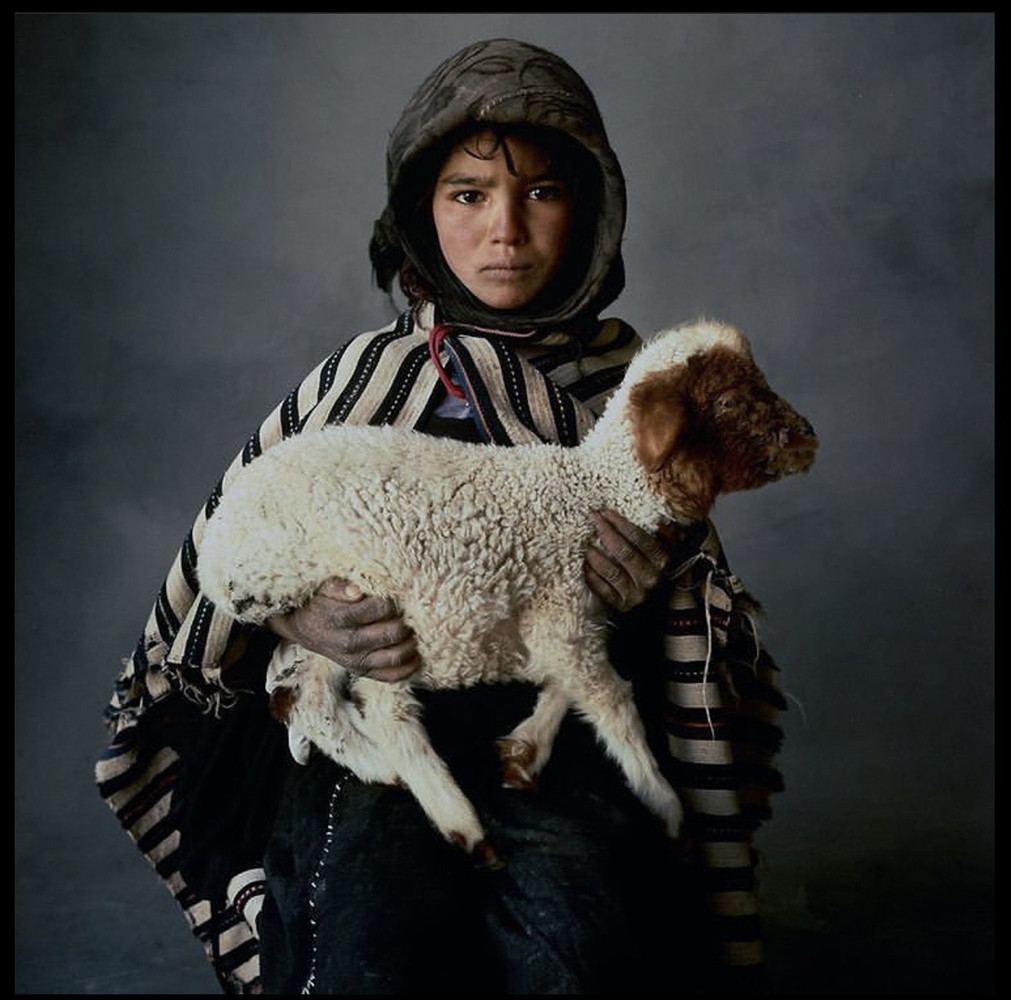 Frederick-Edwin Bertin : Roger Fenton’s The Canteen Girl. It is a photograph taken during the Crimean War in 1855. It is considered the first war photograph. 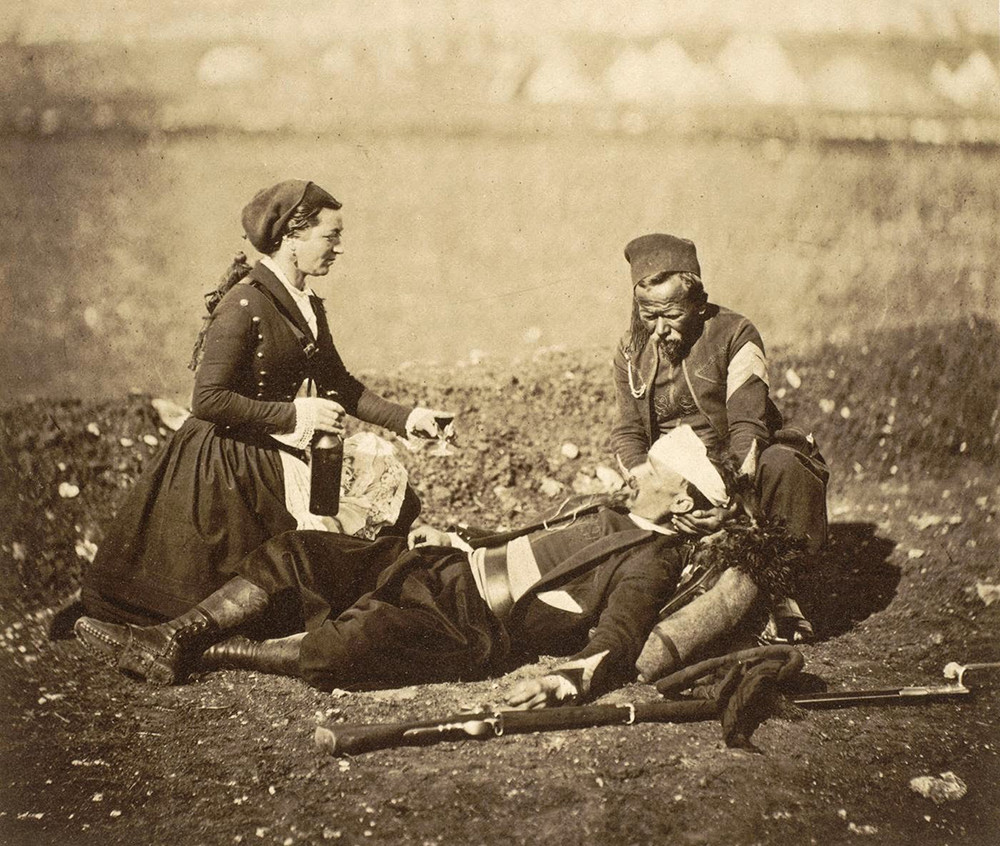 Frederick-Edwin Bertin : A Native American Chief on his white horse. Photograph taken by Edward Curtis in the Badlands in 1905. I have tremendous admiration for Curtis’ work and the way he operated. The photographic process of the time was the liquid Collodion. A kind of gelatinous oil that slowly flowed during the shooting. Curtis traveled all over the North American continent and photographed all the Native American tribes of North America with his photographic equipment and his laboratory in a wagon pulled by six mules. Yes, I am really full of admiration for his titanic and exceptional work. There is also “Water Lily”, a color photograph taken by Edward Steichen in the 19th century. I had a great emotion in front of this photograph that I saw in a New York gallery a few years ago, a feeling shared by my wife, we were close to acquiring it. 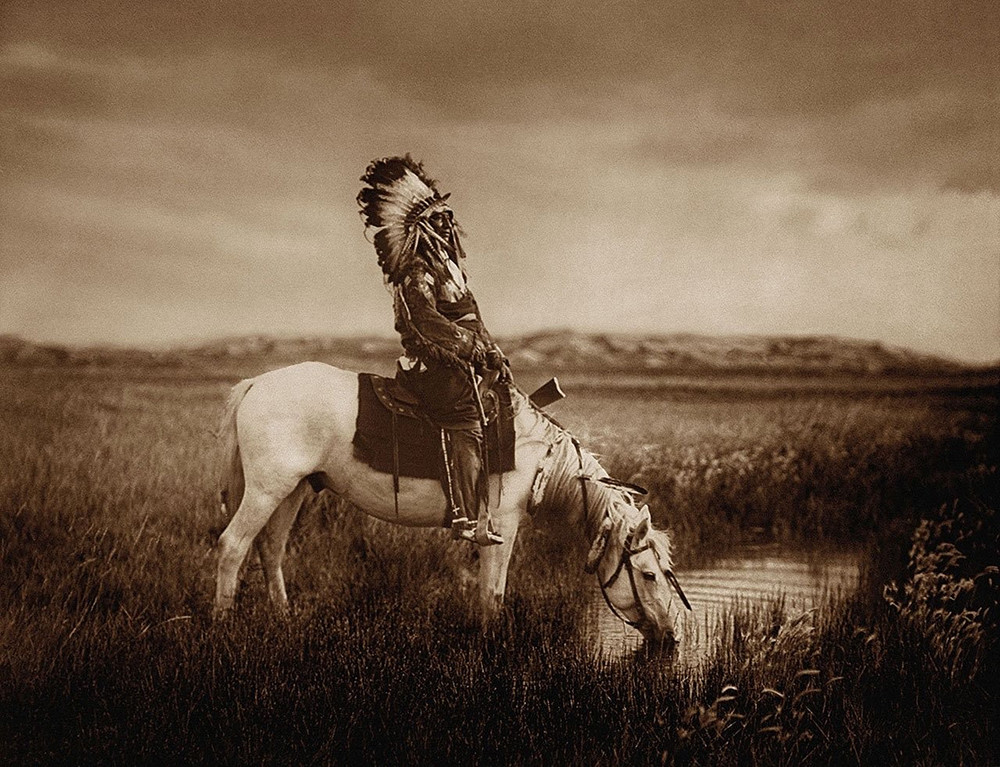 Frederick-Edwin Bertin : Know how to compose.

Frederick-Edwin Bertin : There is not only one, and among them, President Joe Biden. -You can’t imagine how much this man is saving American democracy. Kamala Harris, the first Vice President. And I would love to do a series of images of Carmen Dell’Orefice.

Frederick-Edwin Bertin : I love books, and not just photo books, so in no particular order, here are some of my must-have books. “Letters to a Young Poet” by Rainer Maria Rilke. A book on Greek Sculpture ” L’Art ” by Gustave Pimienta. “Shadows of an Island” by Bill Brandt published by Prisma in 1960. “The Hebrides” by Paul Stand with a beautiful text by François Nourissier. And finally ” Moments ” by Irving Penn.

Frederick-Edwin Bertin : A Kodak Instamatic 33 in black bakelite offered by my father when I was 9 years old and with which I photographed my donkey Aesop in Ireland at the end of the 60s. A Leica M5 bought at La Maison du Leica when I was 20 and with which I did my first working portrait of the crew of a tugboat in the port of Hamburg. A very sexy, all-black Hasselblad that my father gave me when I regained my sight for the second time, with which I worked for almost 40 years and still own. 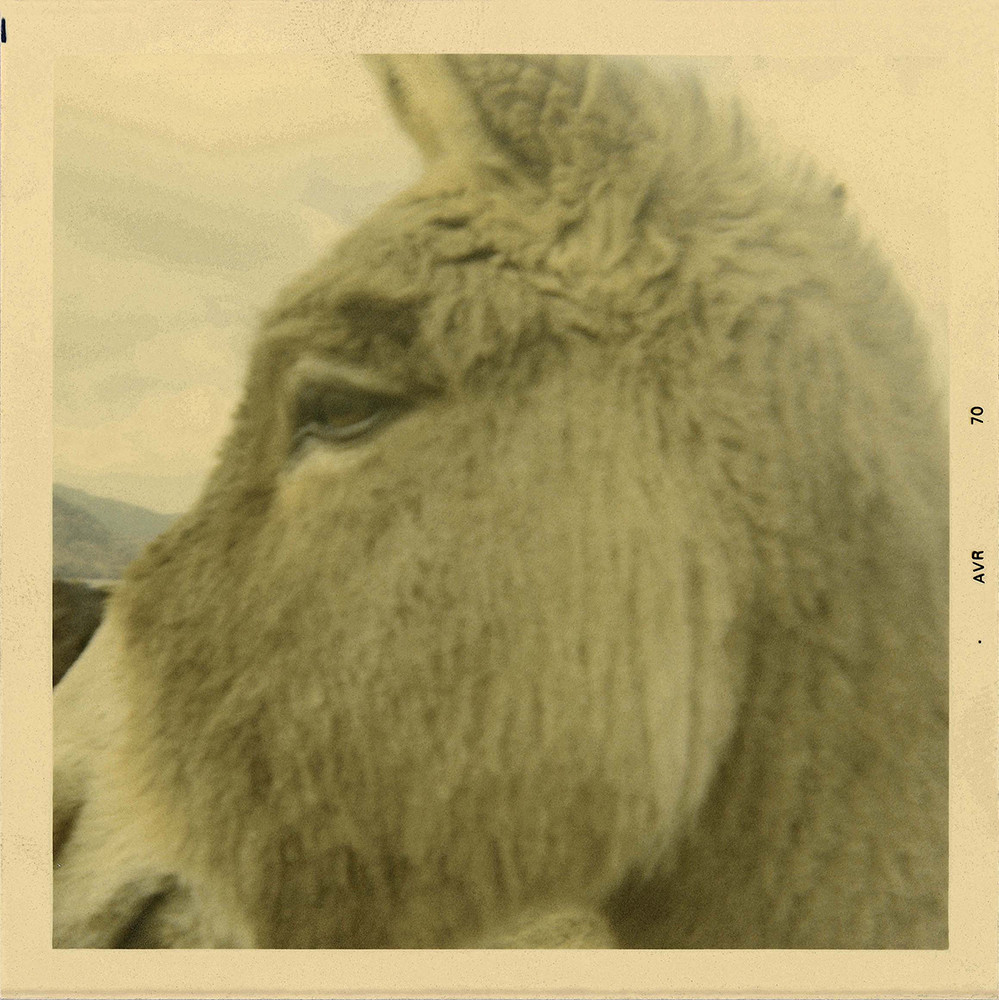 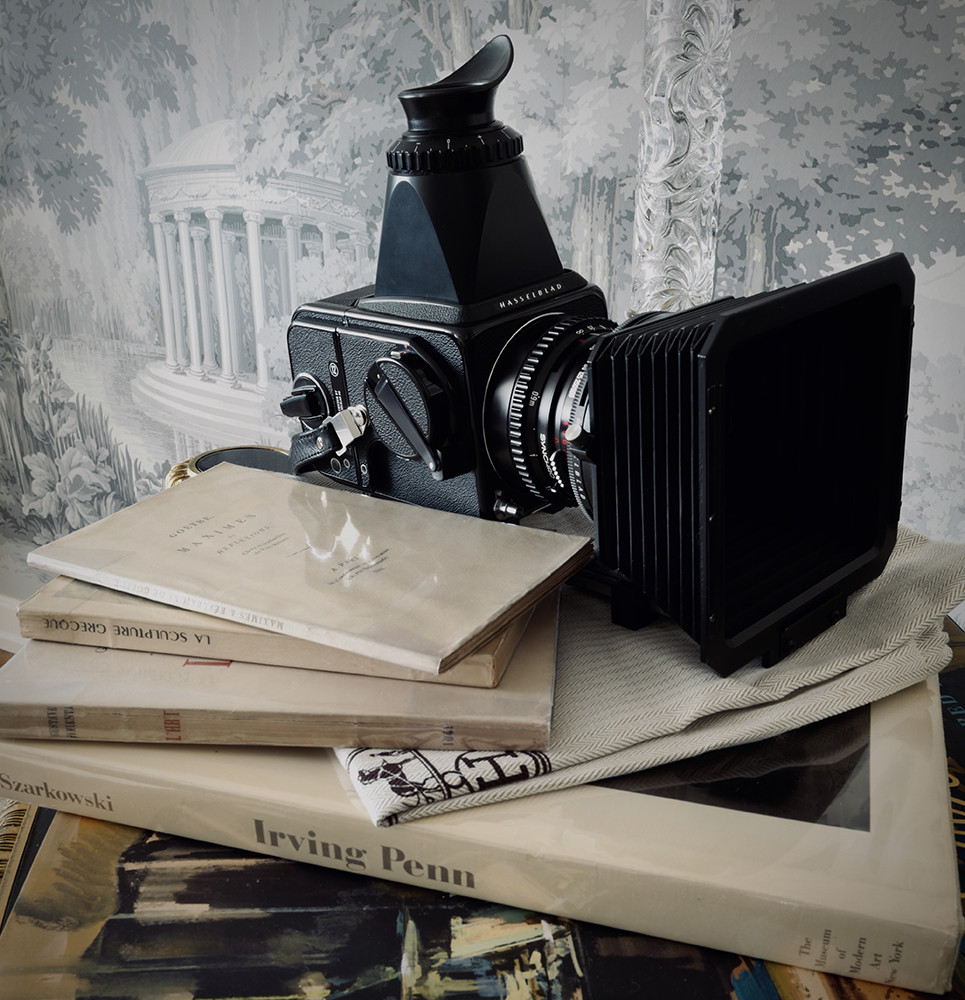 Frederick-Edwin Bertin : A very sexy black lacquered Leica MP that I gave myself for my 50th birthday, still at La Maison du Leica on boulevard Beaumarchais, with which I can work with the films that flood our fridge in New York. A Leica SL, digital and technological feat from Leica that literally saved my ass during the Covid-19 pandemic because I could do my post-production “at home” not being able to move to the lab because of the lockdown. 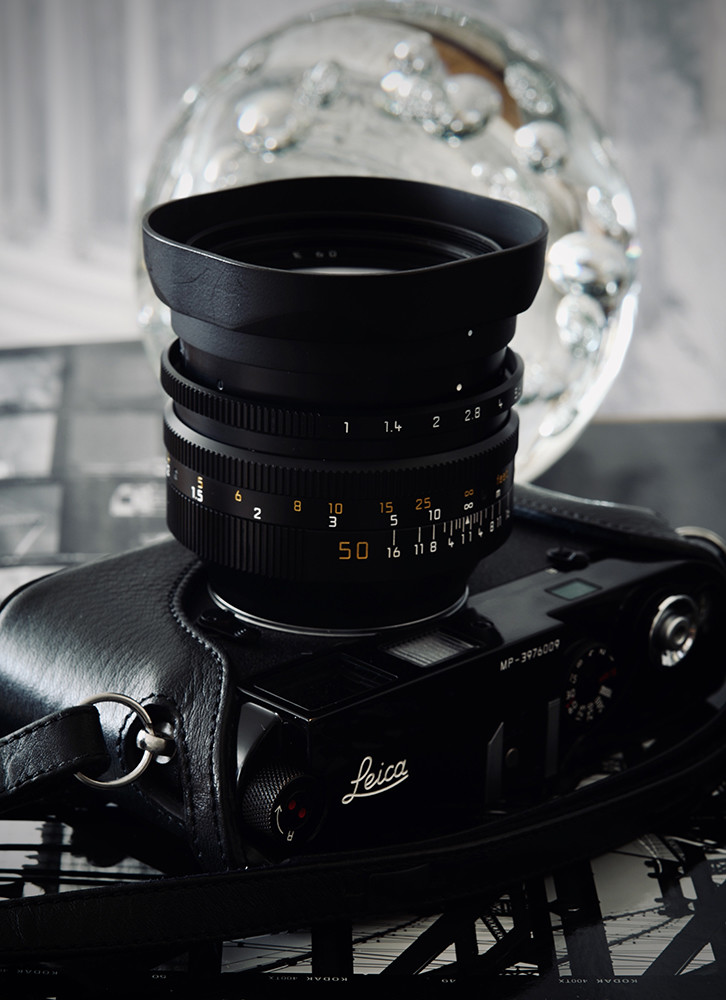 Frederick-Edwin Bertin : Hard to answer such a question. Maybe: Humility, at least that’s what my friends say about me. 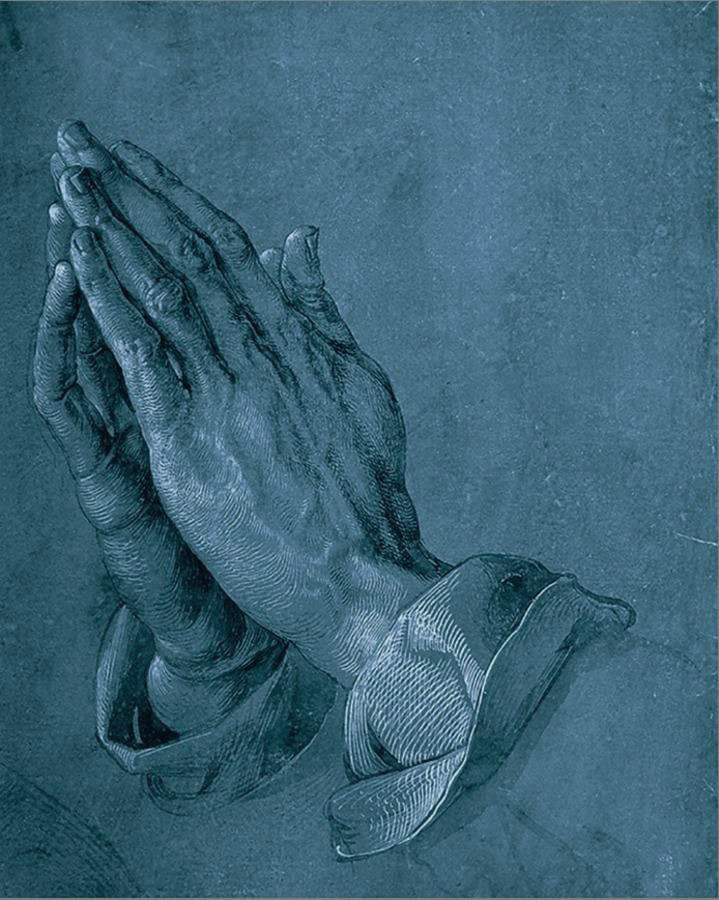 Frederick-Edwin Bertin : Banker. My mother wanted me to be a banker and prayed to all the Saints and the Virgin Mary that I would NEVER become a photographer. “Everything but photography” she kept telling me. She had taken a dislike to the beach photographers of Cannes and Juan-les-Pains. For the anecdote, she passed away the day when the 200 Swedish krona banknotes, with my portrait of Bergman as effigy, were officially put in circulation. It was a nice nose-thumbing gesture that Mom had a secret for.

Frederick-Edwin Bertin : The love of work. Charles Péguy explains the pride of the craftsman.

The city, the country or the culture you dream of discovering?

Frederick-Edwin Bertin : Japan. Yes, I would love to discover Japan and its culture. To understand it and to photograph it

Frederick-Edwin Bertin : The important thing for me is not the place, but the person I am with. And I never get tired of being with my wife…and our two cats no matter where we are.

Frederick-Edwin Bertin : As Edith Piaf said to us: “No nothing, no I don’t regret anything”.

Frederick-Edwin Bertin : Daylight and from the North if possible.

Which city do you think is the most photogenic?

Frederick-Edwin Bertin : With my wife we fell in love with Marrakech, its light, its architecture and its gentle way of life. If it wasn’t for the Covid-19 pandemic, we would have stayed there most of the year. I also have a fascination for Venice, which I know very little about but which has always fascinated me, bewitched me even.

Frederick-Edwin Bertin : I would ask him to pose for me of course.

Frederick-Edwin Bertin : The problem of the world today is not so much its lack but rather its “excess”. But an excess that is badly distributed. It is becoming indecent, unbearable. In conclusion, what I find lacking in today’s world is the notion of sharing.

Frederick-Edwin Bertin : I would avoid crossing between Scylla and  Charybdis. (Laughs)