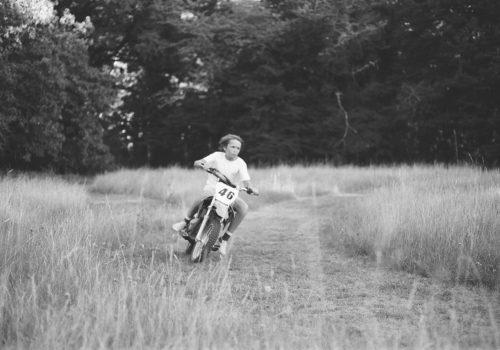 Edouard Daehn: See the light in everything.

Photographer, essentially, amateur, as he claims it himself, Edouard Daehn is the co-founder of the hotel Le Barn. With an enthusiastic temperament, he is one of those who think that the more our eye is sharpened, the more we see things and the more we want to make them evolve.

Passionate, he decided to launch workshops and courses training dedicated to black and white printing in his hotel nestled in the heart of the forest of Rambouillet. By opening his darkroom, Edouard Daehn revives a tradition that dates back to 1900, when the little red guidebook, to please its readers – well-to-do motorists and lovers of novelties who were passionate about the “picture box” – identified hotels with a darkroom. He had the idea to regularly invite the photographer Fred Goyeau for workshops and courses dedicated to B/W printing. What a great idea!

Your first photographic trigger ?
Edouard Daehn: With a father who was a photojournalist, images have always been in my environment. But the trigger came later when I understood that this medium could be a mode of expression and a tool to promote my work as an hotelier. To link the useful to the pleasant… Photography came back into my life through objects, cameras and this certainly nostalgic need to get closer to chemistry. It was at sea during a small convoy 10 years ago, with an old reflex in my hands, that everything started again.

The man of images who inspires you ?
Edouard Daehn: Peter Beard and his style certainly, Frederic Goyeau with whom I learned so much especially in printing, Antoine Ricardou whose talent leaves me speechless and Nina Koltchitskaia that I met through her work as a photographer and who accompanies today my projects with the end of her flowered brushes.

The image you would have liked to make?
Edouard Daehn: Without a doubt one of Beken of Cowes during the great hours of yachting. With Moonbeam in the viewfinder for example to quote only one of the most illustrious sailing ships of that time.

Which one moved you the most?
Edouard Daehn: The one of my maternal grandmother, a few months before her death. Her gaze had already faded but it continues to guide my life.

And the one that made you angry?
Edouard Daehn: The crowded ascent of Everest by Nirmal Purja.
When in order to flatter one’s ego and tell one’s life story during “dinners in town” the quest and surpassing are done at the expense of our Earth. And then each era has its challenges, driving fast made sense in 1960 when gasoline did not yet have the scent of destruction perhaps that the new conquests now that we have trashed our habitat must be more discreet.

A key image in your personal pantheon?
Edouard Daehn: I photograph a lot my children at arm’s length. I like to see the evolution of their faces and the strong relationship between my hand on their cheek and their changing eyes. I like to see this relationship evolve and maybe one day the lens will reverse so that the circle is complete.

What is the necessary quality to be a good photographer?
Edouard Daehn: To love people and to try to capture a facet of their emotions. To have a curious eye and a hunger for life.

The secret of the perfect image, if it exists?
Edouard Daehn: The beauty of its defects, the relief of its roughness.

The person you would dream of photographing?
Edouard Daehn: Someone I love, of course. Loving the people I photograph is essential, it allows me to steal a piece of them through the lens to have them near me.

An essential photo book?
Edouard Daehn: Hold Still: “A Memoir with Photographs” by Sally Mann, I was blown away by her exhibition at the Jeu de Paume a few years ago. It marked my discovery of photography as an art form. More recently “Beyong the shadows” by Elsa and Johanna that I was lucky enough to host in residence (Johanna), texts and images in which our memories find their ways with while revealing the sometimes melancholic poetry of our time.

The camera of your beginnings ?
Edouard Daehn: An Olympus OM2n with pretty stones. It followed me for many years, I loved its format and my children could use it without worrying me. It died recently leaving me with a taste for the object and very personal images of these “things of life”.

Which one do you use today?
Edouard Daehn: Leica R6.2, no more priority, a small battery and the possibility to do without it, a dream.

Your favorite drug?
Edouard Daehn: Playing with words with a lot of insolence on top.

The best way to disconnect for you?
Edouard Daehn: Going to the sea, riding a horse, being in a natural environment that requires you to concentrate on your task. This must be valid for any work but I am not very good with my ten fingers.

Your greatest quality?
Edouard Daehn: Curiosity, which is also my biggest flaw, as I sometimes move from one subject to the next too quickly.

An image to illustrate a new banknote?
Edouard Daehn: A woman, Romy Schneider, because she was the incarnation of Europe, born German and naturalized French, because she played for me the most beautiful roles, because she gave off a sensuality and an incandescent fragility that I never get tired of discovering.

The job you would not have liked to do?
Edouard Daehn: All the others! I love my job because of the variety of subjects I deal with, the multiplicity of people I meet, the different expertises that overlap.

Your biggest extravagance as a photographer?
Edouard Daehn: Maybe the one to answer this interview while I am only an amateur photographer.

The city, the country or the culture you dream to discover?
Edouard Daehn: The Lofoten Islands and more generally the Scandinavian countries. I dream of going there with my boat, I already imagine the picture I could take of it at the foot of a fjord under the sun of a summer night.

The place you never get tired of?
Edouard Daehn: The sea on which we pass without leaving any trace. I like the wakes that fade away and its landscapes that are never static. It is where I feel the most alive and the most serene too. I like all the facets of its moods, whether they rock me or scare me.

Your biggest regret ?
Edouard Daehn: To have only one life and so many delicacies.

Instagram, Tik Tok or snapchat?
Edouard Daehn: Instagram today SnapTok tomorrow, these networks are only clouds that pass and that you have to tame the time to see them disappear.

Color or B&W?
Edouard Daehn: Both my general, but shooting quite a lot of photos in my little lab at the Barn I still like to start with the light and go to the paper.

Daylight or artificial light ?
Edouard Daehn: Daylight, I am not an early riser for nothing.

The most photogenic city according to you?
Edouard Daehn: New-York, a city in which one arrives by the sea, which was populated from the sea.

If God existed, would you ask him to pose for you, or would you opt for a selfie with him?
Edouard Daehn: I have a lot of trouble taking selfies with my SLR so I think I would put my hand on his cheek like I do with my children. A good way to be the father of God for a moment.

The image that represents for you the current state of the world?
Edouard Daehn: The one of the James Webb telescope of the most distant galaxy, a beautiful lesson of humility to see so far in time. This image confronts us with our prowess and the limits of our conception on what we consider as finite. A good vertigo to understand that we are nothing and that if we are so egocentric it is because deep down we know it.

What is missing in today’s world?
Edouard Daehn: The frankness of speech, the right to disagree without it being systematically politicized. To say things simply.