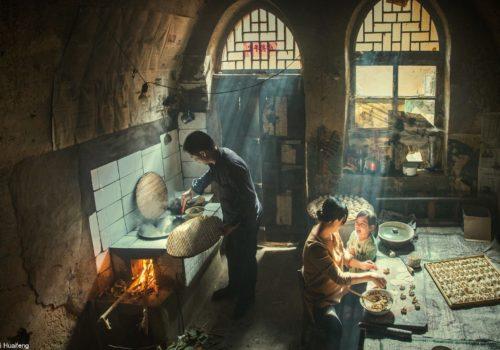 For a decade, The Pink Lady Food Photographer of the Year has established itself as the leading award in food photography and widely contributed to expand the definition and understanding of the what and why of photographing food. The Eye of Photography has teamed up with the Award to shed a light on this ambitious programme. Let’s meet Caroline Kenyon, its founder and director.

What are the origins of the Pink Lady Food Photographer of the Year?

Caroline Kenyon: It’s quite a story. It starts in my childhood. My mother was a journalist and I grew up in London. Every weekend we always had the newspapers, including The Sunday Times and The Observer. My mother showed me the work of a great portrait photographer called Jane Bown, who was a famous contributor to The Observer. My mother showed me the works of other great photographers such as Lord Snowdon’s for the Sunday Times. Years later, I became a magazine editor in London for a travel magazine, called TRAVELLER. I used to have many phone calls from photographers who wanted me to look at their portfolios. And I always said yes. I was once upon a time a freelance journalist and I thought how nice it would be to offer that opportunity. I just loved looking at the photography. So I did all the picture selection myself. I introduced a regular photo essay into the magazine and one year, a travel photography competition.

Then I moved out of London with my husband and my son when he was only five days old. I left my magazine job and I found myself in Lincolnshire, a very rural, agricultural county where the main business was food. So I ended up setting up a public relations agency specialising in food. As you could imagine, I commissioned a lot of food photography for my clients. Lincolnshire produces around 20% of the food in theUK. Sometimes, when I assigned some photography, when the images came in, I would think, ’That’s an amazing picture, I wish I could put it in for an award.’ And when I looked, I couldn’t find any.

When my son was about twelve, he started to be very interested in photography. We always used to go to the exhibition of Wildlife Photographer of the Year at the Natural History Museum. A whole lot of things came together in 2011 and, in the middle of the night, I had an idea for an international photography competition all around food. A competition on this theme simply did not exist. I couldn’t find anything. I bought about ten domain names. I started having a website built. I started asking people to be judges. Then I realised I needed to go out there and find some sponsorship.. And that is how Pink Lady® came to be our headline sponsor.

What is Pink Lady®?

Pink Lady® is a global apple brand, grown in in all the wine-growing regions of the world, like France, Italy, Spain, Germany, New Zealand, Australia, Chile. All they need is 200 days of sunshine on the trees.

How did the company respond to your idea, back in 2011?

Their brand is all about excellence and they wanted to ally themselves with excellence. It lifted them up above other brands as a patron of the arts.

How is the award divided into multiple categories?

I have to say that my son, who was 14 by the time, was very inventive in coming up with some of the ideas for the categories. They still exist now. We have one called ‘Cream of the Crop’ for product shots, ‘Bring Home the Harvest’, which is for gathering food in.

That’s a very interesting point. Pink Lady® Food Photographer of the Year is not only about pleasant photographs of recipes. It shines a light on its production, on its politics, on its geography, on fields and harvests.

Food is life. And food is politics, food is what it is to be human, because it’s about community and celebration and how we care for the planet. The Awards have to be very wide-ranging. I have ideas for new categories all the time and my team have to stop me because they say there is not enough space in the exhibition, but the opportunities are limitless. Take ‘The Claire Aho Award for Women Photographers’, for example, it’s been so popular. That category points out a gender inequality that exists in photography, both in terms of opportunity and also that the most highly paid photographers are men.

Ten years later after its creation, how would you describe the evolution of the Awards?

We’ve marked out our territory. This cultural area belongs to us. I think our competition is unique in its range of subject matter. And that particular range of subject matter is what both surprises and delights people. There is something for everyone, for viewers as just as for photographers. It’s not only designed for food photographers. We’re even bringing on the next generation, with the ‘Young (under 18s)’ award.

In November and December, the Awards will present its winners in an exhibition. Tell us about it.

The exhibition lasts four weeks and is held at the Royal Photographic Society, which is one of the oldest photographic societies in the world. It’s a great honour to be there. The exhibition is conceived by the whole team and includes every Finalist. My team and I feel as if we’ve created a global family, of artists, sponsors and partners. Every time we publish the shortlist, we get such incredible emails from people, saying things like ‘I was in the depths of despair and it was so wonderful to receive the news’, especially in the lockdown years. And, ‘Things have been really hard, but I got your email and I can’t tell you how happy it made me’. Some say, ‘It’s changed my life. I’m so confident now I’ve got more work from it.’ It just gives us real joy.

Entries Open for Pink Lady® Food Photographer of the Year 2023

Pink Lady® Food Photographer of the Year 2023 – Entries open for