The Future of Photojournalism by Jean-Pierre Pappis 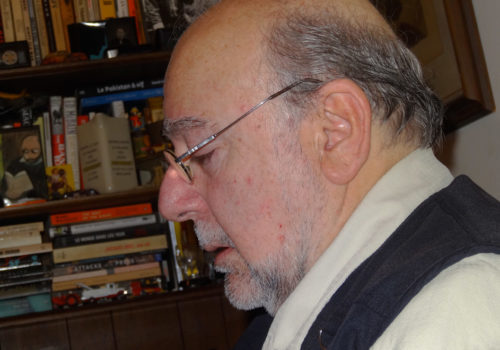 Polaris is run by news-driven photo editors who follow current events, detect trends and commemorate the past. This sum of knowledge and experience is put at the service of photographers and photo users in order to produce relevant material and deliver it in a timely fashion.
The craft is in constant evolution at a rapid pace imposed by digital technologies affecting all stages of the process. Only imagination and artistry operate outside the technology. The future is to be made with the old and the new. What comes first is the individual who chooses to enter this field, bringing new ideas and new visions, keeping an eye on the old masters who worked with “antiquated” technologies.
Unlike commercial photography, photojournalism is akin to entering a religious order, as it is a belief in some cause, as elusive as it may be. It is also the choice of a lifestyle: for the photographer it means roaming the world and discovering adventures, a sense of supreme liberty. As for the office population it means a perpetual quest for new projects, a constant flow of new images to edit and disseminate, new photographers to train, old photographers to help by keeping their archive relevant and alive.
There are many voices bemoaning the current state of the industry. This does not change the situation. It is what it is ! And surprisingly there are plenty newcomers that want to become photographers, editors, producers, videographers, multimedia wizards, etc… What would help the industry is that its leaders elevate its value instead of lowering it. Standards should be established and yes, regulation based on the use and the user of images, should be established and applied. Photography is an exact craft, its marketing should also be subject to exactitude. All would benefit, including the leading producers and providers of images. Many of the work marketed is the result of creativity, emotions and guts, produced with sophisticated costly technology. Never should a picture sell for under a dollar ! When used on the Internet, it is potentially visible by the entire humanity. Twenty years ago that meant “worldwide, all languages,” a 400% surcharge on the space rate, which amounted to $1,600 for a 1/4 page non exclusive photo used in a trade book, $200 being the minimum for a 1/4 page use. And the client paid it.
The future is now, the future was yesterday, the technology keeps evolving. What is constant is the human element of the equation, the creators, the thinkers. They should not be tampered with and most of all should be respected by the image users and paid their well deserved due. Contrary to a common belief, everybody is not a Photographer, nor a Journalist.
We wish you a happy Visa pour l’ Image festival, the one place in time where for a few days Photographers and Journalists get a well deserved recognition.

The Future of Photojournalism by Jim Colton

The Future of Photojournalism by Clément Saccomani

The Future of Photojournalism by Matt Shonfeld

The Future of Photojournalism by Ed Kashi