The Future of Photojournalism by Jim Colton 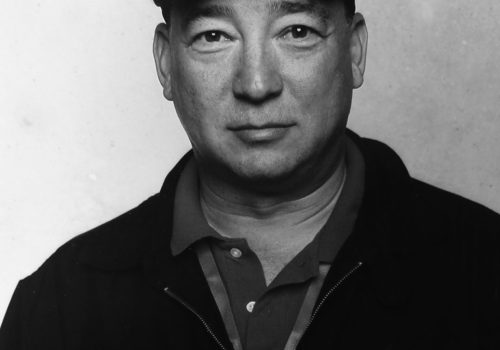 We asked to a certain number of personalities of photojournalism today to give us their feelings on the future of the profession. We will publish their answer throughout the week.

In Photojournalism, We TRUST

Visa pour l’Image Perpignan 2015 festival is open, where great photography is celebrated, I cannot help but look back in wonder and dismay at some of the events which took place in our industry in the last year. Controversies in some of the world’s most prestigious photography contests resulting in entries being vilified…justified…and eventually disqualified! There is no need to mention the specifics. Anyone who follows photojournalism was witness to the event.

Photojournalism is at a crisis point. A once trusted and venerable calling, journalists are now held at their lowest esteem in history. Why? I can answer that in one word…TRUST! At one point not long ago, CBS Anchorman Walter Cronkite was the “Most Trusted Man in America.” Listening to him deliver the evening news was like sitting down  with Grandpa and he would share stories…TRUE stories…and we were fascinated!

In a recent Gallop Poll, nurses rated #1 with 82% favorability in the category of “Most Trustworthy.” Journalists were somewhere near the bottom with20%. The only other professions that were lower were car salesmen, advertisers, lobbyists and members of Congress!

The rapid decline of trust was accelerated with the death of Princess Diana, where the public now looked upon ALL photographers as Paparazzi…concerned with nothing else but getting the exclusive, at whatever cost. The advent of digital photography and the ease of manipulation with post production tools like Photoshop also made it “easier” to create whatever fantasy you wanted…and post it immediately on the internet…without any verification at all!

The majority of people, who view material on the internet, believe it to be true. But we are suffering from the degradation of standards due to budget cuts, the loss of institutional history through attrition and we are being bombarded with the sheer volume of imagery that is now readily available…and published…whether it has value or not…whether it is truthful or not. We are in a visual sensory overload like no other time in our history.

And there is no fact checking. There is no evidence of truth. We are being force fed images that we are expected to digest as factual. And as long as that remains the standard of practice, we will have no hope of earning the trust of the viewer.

Now, more than ever, we need better filters. That starts with the photographer, who MUST remain truthful to his craft. And editors and all journalists must better verify the content BEFORE it is disseminated in a published form. We need to return to a time where we can all believe again in what we see…and expect…no, demand…that it be real. I hope and I “trust” that will happen in my lifetime.