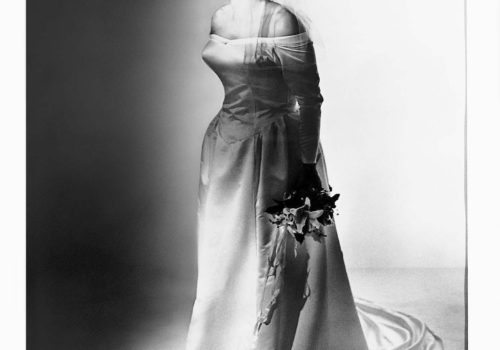 This New York exhibition highlights artistic performances staged expressly for the camera, in contrast to photos that are mere witnesses to disassociated actions. Selected from the MoMA collections, the autonomous and expressive pictures of Staging Action display scenes, often without an audience, where an artist poses or plays with a camera as his own spectator.

We all remember Dens Darzacq’s “La Chute”. Photography and artistic performance, militant or not, have always had deep ties. More precisely, since the beginning of the 20th century. Through 50 photos, Staging Action: Performance in Photography Since 1960 questions the relationship between the two medias throughout the past 50 years. If performance art is often appreciated live with the photographer acting as a mere witness, this exhibition reminds spectators that photography can also have an active role in the creative process. “It plays a role when the artistic performance is specifically designed for the camera,” explains Roxana Marcoci, one of the exhibition’s curators alongside Eva Respini. “The resulting images record an event, but are also autonomous artworks in themselves.”

Staging Action begins with artists from the 1960’s Fluxus movements, including works by George Maciunas, an artist’s whose work explores the production of identity experiences. In his transvestite strip teases, he seeks to build an identity through doubts about sexual affiliation. The camera is an accomplice to his actions. Like him, many artists have experimented with the preferential relationship between the object and the media, sometimes pushing the psychological and physical limits of their bodies. Like the Viennese artists Rudolf Schwarzkloger, Hermann Nitsch ou Günter Brus, who recorded their ritualistic actions and gritty, endurance-based feats in graphic, body-focused black-and-white photographs that bring the viewer very close to the action. “Of course, not all artists attacked their bodies physically or morally, but they all had a very strong emotional commitment to their work” says Roxana Marcoci. Yes, Bas Jan Ader cries alone in front of the camera or Adrian Piper uses photography to chronicle the mental and physical hazards caused by starving and writing in isolation. Improvisation. But the curator also speaks of creation.

If some put their bodies into action, others used their souls. Especially to express their political concerns. The exhibition covers the ‘90’s when many Beijing East Village artists militantly demonstrated. In a public toilet, Zhang Huan drenched himself with entrails and honey and waited until he was covered in flies. Ai Weiwei took pictures of his hand, middle finger extended, in gestures of disrespect toward the world’s national monuments, from the Eiffel Tower to Tiananmen Square to the White House. “The photographic medium is porous, even polyphonic,” comments Roxana Marcoci. “The pictures in Staging action show the various and complex ways artists have, since the 1960’s, used photography as performance art.”

Staging Action : Performance in Photography since 1960
From January 28 to May 9, 2011
MoMA, New York
The Robert and Joyce Menschel Photography Gallery, third floor