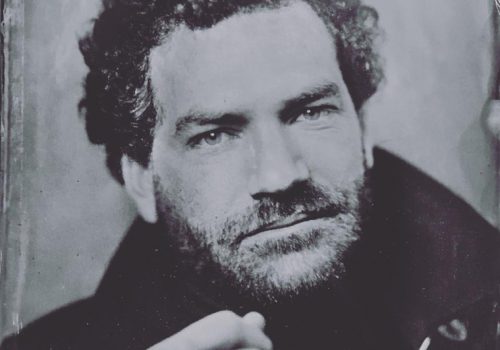 Nicolas Havette is the director of the Manuel Rivera Ortiz Foundation, which organizes a dozen exhibitions every year.

In May 2002, I went to Arles for the first time to pass the entrance examination at the National School of Photography.

My dream is to stay to discover the “Encounters” that will soon open. A student of Fine Arts and not having the financial means, armed with my CV I feverishly climb the steps to the office of the festival – which is still near the arenas, where today the workshops take place throughout the summer. I have not yet reached the offices on the first floor that I meet the festival director who comes storming and who hails me: “hey you! What are you doing this summer? “I stammered that I was just looking for a job so I could stay in Arles and attend the festival, to understand how it works from the inside. You’re hired, you start in a week! “So begins my pretty story with Les Rencontres, Pierre de Cazeneuve, the manager will no longer be part of the team a year later.

I pushed transport crates , I checked their state, hanged and manipulated with wonder the works that until then I had seen only in the books at the bottom of the libraries of the art schools through which I had gone. I spend the summer with this new ” family of the Rencontres “. The technical team works hard with little means, but it’s a great team and friendships are quickly formed: Garry, François, Agnes, Olivier, Christophe, Alain … the summer in Arles is sweet and happy . In September I joined the rank of the students of the photo school, as it was called before and which, under the leadership of Patrick Talbot, later became the National School of Photography.

During these last thirteen years, it is this evolution that I have followed: the photo school which became the ENSP. I see, and saw the passage of this association joining the rank of national institutions with European standards for schools and university diploma, and in parallel the photo festival, an almost artisanal association which turned into a ” war machine”. The festival is professional and sets high standards and requirements for scenography, public reception, communication, internships, gradually becoming an international cultural business model.

The “RIP” that became The Rencontres d’Arles are exported today worldwide, for their history but also for their expertise.

Through these crossed  stories between the school and the festival we can see a short story of the beginning of the 21st century: a happy creative mess that slowly built up and then gradually “protected itself” against “competition” and secured itself from the vagaries of politics: one could call it maturing, or becoming an adult or even “growing old”.

In the first year I became the president of the association of students of the photo school and created with the members of the association “WIP” (Work In Progress) which was held for almost 10 years in the church Saint Julien (street of September 4th) and which today seeks new support (www.aeensp-arles.fr). This adventure would not have been possible without the support and the great benevolence of the general administrator of the festival at the time who was none other than Alain Arnaudet, now director of the Friche de la Belle-de May.

The summer following the Rencontres taking possession for the first time of the territory and spaces of the SNCF workshops under the direction of the newcomer François Hébel. A huge building site. To be the first to penetrate in these wasteland still unsuited to welcome the public is such a chance. We, the little hands behind the exhibitions: cleaned, build, levelled these huge spaces … I remember my first thoughts about these volumes, as we took away the last pipes filled with used fuel and oils: “How will photography be able to withstand the strength and majesty of these buildings, “how will photography be able to coexist with the strong history of the conquest of the rail that inhabits these places …

The names of some of the buildings evoke this working past (which today gives way to another story): the electrical shop, the life of the rail, the boiler, the big hall …

It is clear that the occupation has not always been successful, and that the efforts of photographers and scenographers have often lost against the nostalgia of the place, but sometimes in a flash of genius and beauty some exhibitions dance with these spaces, I think in particular of the extraordinary exhibition of Wolfgang Tillmans programmed by the LUMA Foundation in 2014 who had taken the measure of the place. Or dissident projects like OFF BROADWAY in 2004. When will we have a MONUMENTA in Arles 🙂

I left the photo school in 2006, and for 5 years sailed between the United States, China, Cambodia, Burma, Serbia … but every summer the elastic to the heart and reason brings me back to Arles to work for the festival.

I went through all the technical positions: stage manager, protocol, Roadie, organizer of the Evenings of the Meetings … and finally, after many wanderings at the end of 2011 I came back to settle in Arles when Pierre Hivernat offered me to take the direction of The Toy Shop gallery, where I worked for 8 years. In parallel with the experience of the evenings in Arles, it seemed to me that a whole part of Photography is neglected:  Photography on screen. On a will and a flawless investment of Guillaume Chamahian we created the first festival dedicated to photographic film: PHOTOGRAPHIC NIGHTS in the park of the Buttes Chaumont in Paris. This festival was the direct heir of our experiences in Arles. We liked the atmosphere of the Voies Off and the requirement of the Meetings for their projections. We wanted to further the reflection on the status of these “movies” made with photos on a screen. In the history of this medium, photographers run after the publication of books, as a grail. Then come the more or less successful exhibitions according to the spaces and the means, on the other hand the screen has almost always been considered as a communication relay, a way to make the “ad” for the exhibition or for the book, almost never as a work in its own right, while the vast majority of images now pass through interfaces and screens, what an error to neglect this creation … the risk of photography being perceived as “has been” by institutions and while we remember the first great years of F. Hébel in Arles: an opportunity to discover for the first time the projection “Balad of sexual dependency” of Nan Goldin, a great punch and life on big screen … We can also quote “The pier” by Chris Marker and by extension the surrealist films, like “the starfish” of Man ray “… For lack of support and exhaustion, fot carrying this event for 5 years at arm’s length, the festival  slowly died out, while Circulation flies, a choice of support from institutions that I still have trouble understanding today. But that must have happened in the offices I did not go to. End of the adventure.

And the beginning of another: in 2015 the Manuel Rivera-Ortiz Foundation for documentary film and photography moved to Arles.

The extraordinary growth of the Rencontres, coupled with the investment and installation of “La Tour LUMA”, the titanic banner of the Foundation, attracted in the heart of the city, a new Foundation dedicated to supporting  documentary image ( welcomed on a voluntary basis by the Arles city council). I saw a great adventure starting and a “cause” to defend. I have been its artistic director since 2016. For the last two years our program has been hosted by Sam Stourdzé and Aurélie de Lanlay within the program ” Arles Associated” of the festival, and I want to thank them deeply. This partnership makes it possible to highlight the work of committed photographers and to permanently install in the landscape this lighthouse of the documentary image. In Arles, the lines always cross, destinies embrace and the city is transformed. Because, do not forget, the festival is not above ground, it draws its strength from the energy of places, men and women who live all year in this small city rooted in a huge wilderness. The night of the year became the Nuit de la Roquette. The Voies off, pilot fish of festival almost institution now, federate hundreds of initiatives …

It’s nice to see all this evolve, the actors play their scores. It’s like a global village, where we see in a microcosm the global issues.

It only lacks that all the wills to converge so as not to dominate, but to work in cohesion.

But this story remains to write.