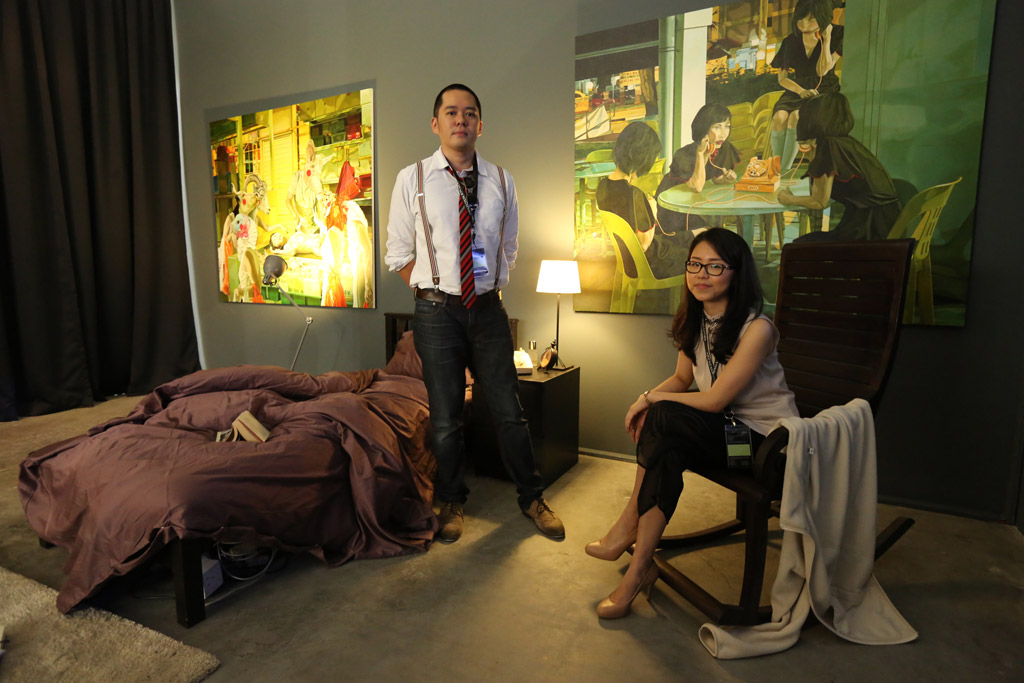 Singapore  definitely wants  to become the center of contempory art in Asia, openly in competition with Hong Kong. Today nobody can deny that Singapore is  the capital of art in Southeast Asia.

On Sunday 19th January, the 4th edition of Art Stage closed and one more time the art fair in Singapore hits new record highs. It means hig numbers too. 47,500 visitors in four days (last year they were a little bit more than 40,000). 160 galleries from around 30 countries. 600 artists and thousands of art from Mirò to emergent local artists, many of them in show in the eight curated exhibitions, named “platforms”, divided region-by-region and with a series of works invited by selecteed curators. This year, critics and art lovers have appreciated the exhibition of the Southeast Asia Platform.

It was not common to see photography at Art Stage. It could mean that the fair founded and curated by Lorenzo Rudolf (former Art Basel’s director) is not too focus on this media, or that the collectors in Singapore are not interested yet. However, Art Stage Singapore showed established names from photography, like Sebastiao Salgado, Edward Burtynsky, Sophie Calle and artists-to-watch as Chen Chieh-jen, Yang Fudong, Yang Yongliang, Gohar Dashti and Sarah Choo.

Even if the photography, not including where it mixed with other media, was less than 5% of the entire works, it had a franck success with collectors. Sundaram Tagore Gallery sold “Mount Edziza Provincial Park #1, Northern British Columbia, Canada, 2012” by Burtynsky at USD 27,820 and “Iceberg between the Paulet Island and the South Shetland Islands, Antarctica, 2005” by Salgado at USD 38,734. Singaporean photographer Sarah Choo sold through Galerie Sogan her series with photo and video at more than Euro 18,000. Liu Bolin and his hidden performance, represented by Galerie Paris-Beijing, sold many works for USD 20,000 each. Another photographer from Singapore to watch is Robert Zhao Renhui who sold his photo work for Euro 16,100.