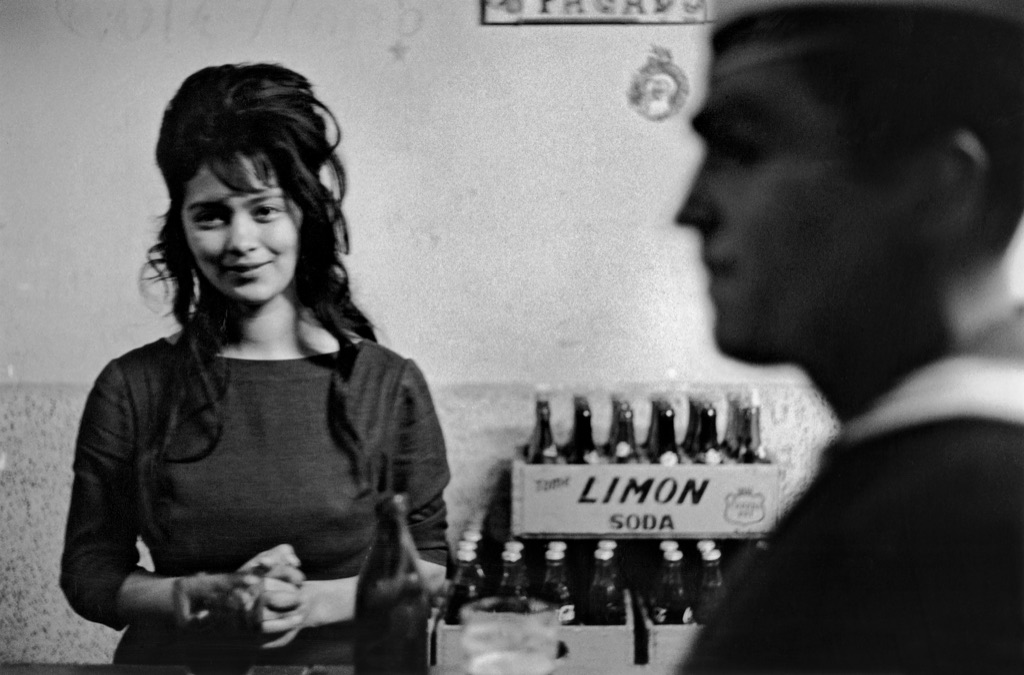 Sergio Larrain was not even twenty when, to distance himself from his upper class  family, he left Chile in 1949 for Berkeley, California to study forestry engineering. He would quickly turn to photography and begin to freely photograph though the streets of Santiago and Valparaiso. He became a professional photographer, first freelance, then as a collaborator for the Brazilian magazine O Cruzeiro. He moved to Paris in 1959, where Henri Cartier-Bresson made him join Magnum, an agency for which he worked during two years, most notably on the Algerian War and the Mafia in Italy. This work weighed on him. He thought that he would lose his soul there.

In 1961, back in Chile, in collaboration with Pablo Neruda, he made what became legendary work on Valparaiso, a work that would be published by the magazine Du Atlantis (1966). In 1968, he started to withdraw from the world in order to dedicate himself to transcendental meditation, yoga, and drawing. Without disowning his photography work, he asked, at the end of the 70s, for his oeuvre to stop being exploited because it would distract him from meditation, something to which he wanted to dedicate himself entirely. He decided to live secluded in the Chilean mountains. He photographed very little and exclusively moments of life, writing haikus and ecological pamphlets.

At the beginning of the 1990s, Sergio Larrain was convinced to publish his most noteworthy book Valparaiso (Hazan, 1991 with a draft from Xavier Barral). An exhibition was organized in Arles and Valence, but the vanity of success weighed him down.

In response to this book, Sergio Larrain developed a draft reproducing the series taken between 1952 and 1963, as well as between 1978 and 1980, to which he added new photos taken between 1991 and 1992. In this intimate work, the handwritten and typed notes, letters, and drawings allow us to share his singular vision of the world. But he asked that nothing more be published during his lifetime.

This book true to Sergio Larrain’s draft, was edited by Xavier Barral and Agnès Sire, director of the Fondation Cartier-Bresson.In the book  are printed Larrain’s images from Magnum as well as Pablo Neruda’s short story. Agnès Sire’s text gives the genesis of the work and helps the reader better understand the author’s personality.