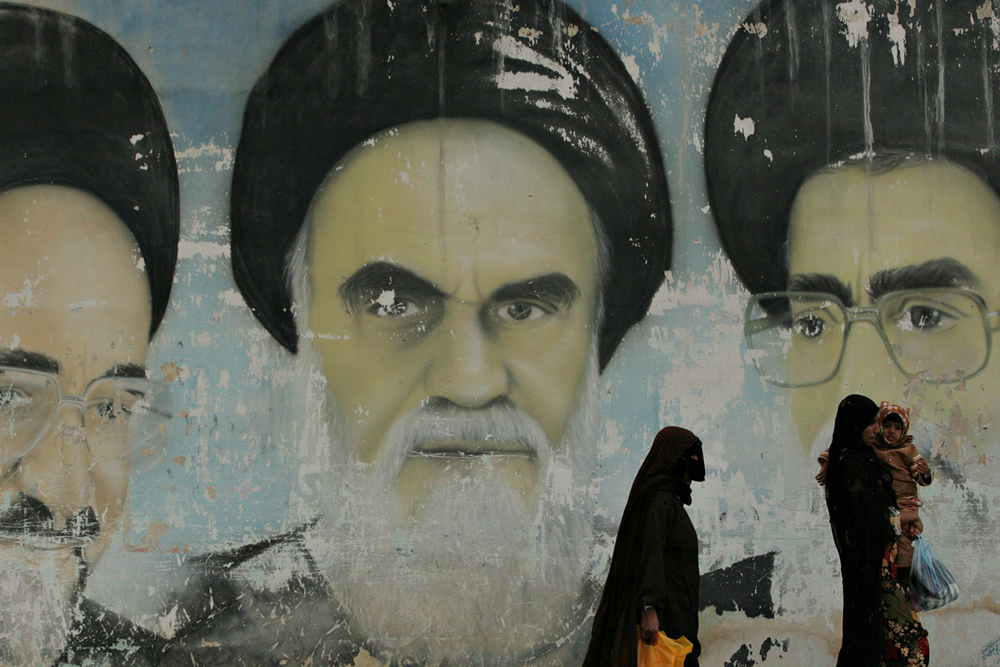 In a season heavy with Western pressure on Tehran, held in check by Moscow, this exhibition exudes a geopolitical air, one that gallery director Larisa Grinberg is doing her best to dispel. “We didn’t organize this exhibition to take any sort of political stance,” she explained at the gallery opening. “Our objective is to dismiss the prejudices that Russians have against Iranians, and vice-versa.” To that end, the exhibition features the work of five Russian photographers shooting in Iran. Maksimichine, Kaptilkine and Kozyrev are professional photojournalists, while Rena Effendi and Mirzoyan are the more intimate and artistic of the group. The first three have been showered with awards (World Press Photo), and the young Rena Effendi sees her star rising following contributions to biennials in Venice and Istanbul. The youngest of the group, Mirzoyan was recognized by Magnum for his work in the Caucuses. What separates the latter two from the three photojournalists is their provenance from former Soviet states bordering Iran: Effendi is from Azerbaijan and Mirzoyan from Armenia. While not exactly a Russian perspective, says Grinberg, “Iran nevertheless represents a certain otherness.” Although I had trouble discerning anything particularly “Russian” in their work that other Western photographers couldn’t have noticed, these are above all personal visions of Iran.

Maksimichine takes an interest in aspects of the daily lives of Iranians: women’s clothing stores, kids playing soccer in the street, lab technicians at work wearing a hijab. In a series from last year, Iouri Kozyrev sought to capture the Iranian traditions that distinguish the country from the rest of the world, like the curious martial art zurkhaneh, where students train with mysterious wooden clubs. The unusual (and, to some, unsettling) aspects of this culture seem to have caught the attention of Kozyrev more than the others: in a photograph of the Basij volunteer militia, and especially in one showing women’s shadows under an ornate silver ceiling. His lens captures the face of an elderly woman, deformed perhaps by stress, whose skin takes on the color of baked earth. Kaptilkine only contributes two photographs from 2005, including an amusing one showing uniformed officers frolicking in the snow.

In attendance at the opening was the ravishing Rena Effendi, who hoped to show the youthful and universal side of Iran through portraits of the bohemian life there. Her report from 2011 features black-and-white photographs, both candid and posed: a stylist sitting on a Cadillac, an actress backstage, two beautiful black eyes, and young men and women sitting behind the steering wheel, flirting between their cars.

Mirzoyan focuses on Tehran’s underground music scene, with portraits of actors, rock groups, producers, and a remarkable portrait of one “Hossein” standing at the bottom of an empty swimming pool with an enigmatic grin on his face.

“This isn’t the sinister Iran you hear about in political discussions. This isn’t the picture-perfect Iran you see on postcards,” says Grinberg. “This is Iran, the way it looks today.”