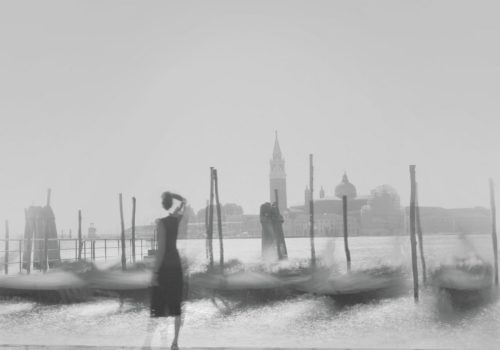 State Museum and Exhibition Centre ROSPHOTO present the City of Shadows. Alexey Titarenko exhibition project. The exhibition is the first retrospective of the photographer’s works in St. Petersburg, marking a symbolic return of the artist’s works to the city.

Alexey Titarenko is one of the most renowned representatives of Russian and St. Petersburg photography of the end of 20th and beginning of 21st centuries. The exhibition includes 61 photographs, executed in the unique technique of silver gelatine hand printing, inviting the audience to trace the creative journey of the artist, starting with his most popular series, made in St. Petersburg: City of Shadows (1992–1994), Black and White Magic of St. Petersburg (1995–1997), Frozen Time (1998­–2000), and also series dedicated to other cities: Venice (2001–2014), Havana (2003, 2006), New York (2004–2018).

Alexey Titarenko was born in 1962 and began practicing photography in 1970. After graduating from the Department of Photojournalism of the People’s Public Service Professions University, he participated in exhibitions of the Zerkalo photo club between 1978 and 1989. In 1983, he completed a degree with distinction in Film and Photography at the Saint Petersburg State University of Culture and Arts. Since the late 80’s, he began working on personal projects, reflecting the artist’s attitude to the fast pace of life, drawing on memories of the “emotional and spiritual atmosphere” of the dramatic time of 1980–1990s. The first such project, portraying the photographer’s impressions of the totalitarian era, became the series Nomenklatura of Signs, first exhibited in 1993 at the State Russian Museum.

The next series to appear, City of Shadows, drew inspirationfromlong walks around the city and a passion for classical music. The photographer managed to accurately capture the troubled atmosphere of the period, the social catastrophe of the early 1990s in St. Petersburg. In his work on the series, Alexey Titarenko to the full extent uses the capabilities of long exposure, making his subjects submerge in the flow of time, which is almost tangible. In 1994, the series was presented at Pushkinskaya 10, on music stands in an installation with giant illuminated sheets of tracing paper hanging down from the ceiling, creating a labyrinth for the audience to walk through, casting their shadows onto paper and blending their figures with those in the photographs.
The Black and White Magic of Saint Petersburg series, first presented to the audience in 1996 at the Grand Hall of the Saint Petersburg Philharmonia, explores the theme of Dostoyevsky’s Saint Petersburg in the streets of Kolomna. The stark contrast between black and white is replaced by soft grey tones; the space is now filled with ghostly Saint Petersburg light. Timeless photographs, born of light and long exposure, blur the borders of reality, creating an impression of subtle melancholy, ghostliness and the instability of human life in a rapidly changing world. Working on the series, Alexey Titarenko evolves into a fully-fledged artist with a bright, individual, and recognisable style. The basis of his style becomes the psychologism of images, supported by musical harmony alternating between major and minor, technically challenging and nuanced tonality of each photograph, conceived during the photoshoot and intensified with printing and toning.

In 2001, Alexey Titarenko first begins to shoot other cities, the first of which becomes Venice. Later, in 2003, he shoots in Havana and in 2004 begins shooting in New York. Following his rule, he takes time to empathize with each city. No wonder that the author returns to Venice and New York over the course of 14 years, and has been to Havana twice. By immersing himself into the atmosphere of the city, Alexey Titarenko finds its vibe, its sound, which informs his vision of the place, resulting in a new chapter in his photographic novel that awaits an emotion-seeking audience.