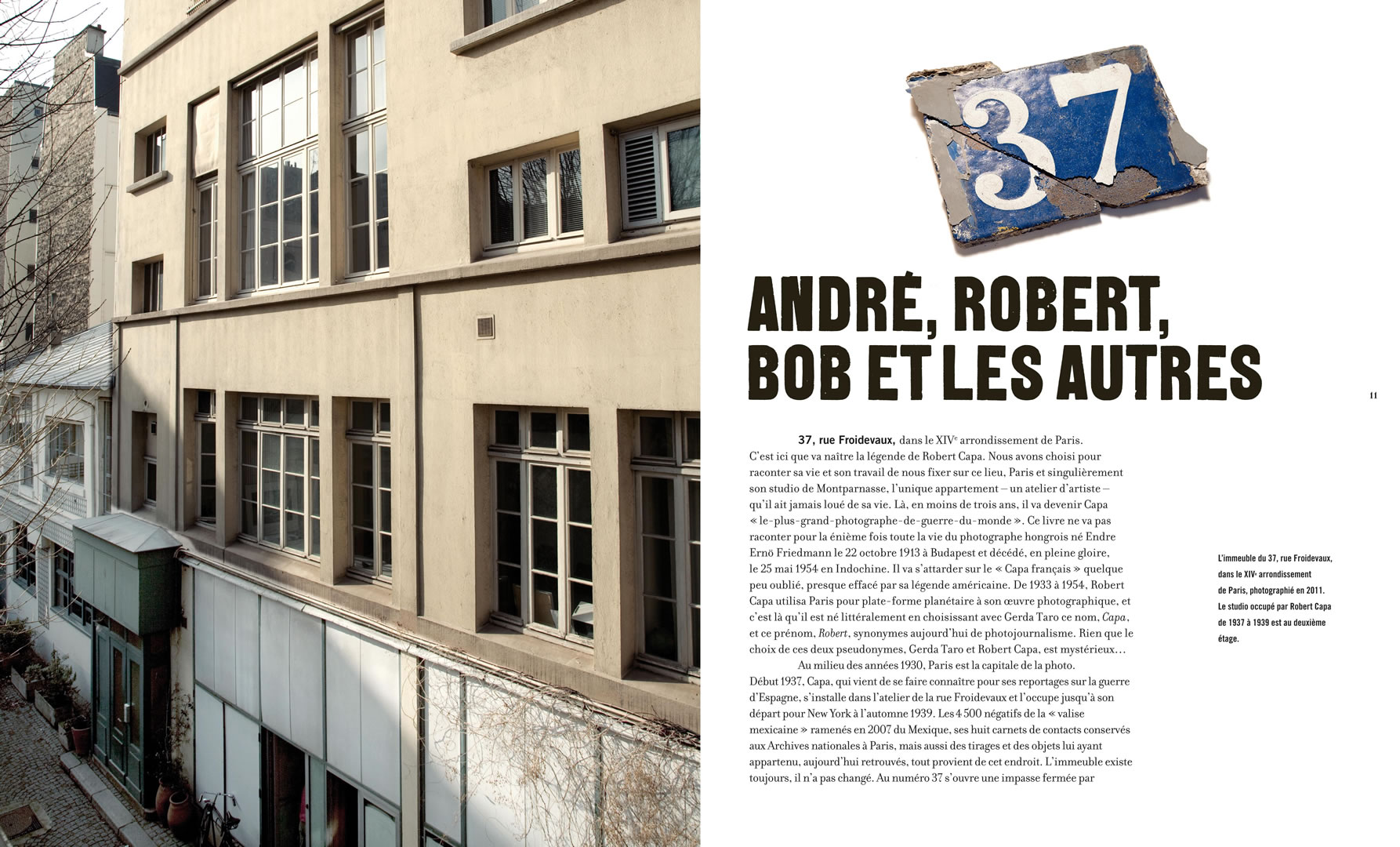 A life, a book : Robert CAPA – Traces of a legend by Bernard Lebrun & Michel Lefebvre, with Bernard Matussière, La Martinière Books. He was the most Parisian of Americans, but the story has never been told, from France, in light of the rediscovery of his archives (and discoveries by photographer Bernard Matussière) in his Montparnasse workshop at 37 rue Froidevaux, how Andrei Ernö Friedmann (1913-1954) became Robert then Bob Capa in Paris. Without a doubt, his brother Cornell’s tireless efforts at the International Center of Photography (ICP that he founded in New York in 1973), gathering and valorizing some 70,000 pictures taken during his older brother’s brief 22-year-long career, put his pictures into American history. Nevertheless, despite becoming an American citizen in 1948, German exile Robert Capa would remain, until his 1954 death, a resident and lover of Paris: the city “where he invented himself”, with the love of his life and photography companion in Spain, Gerda Taro. In 264 pages and 300 pictures, for the most part previously unreleased, reporters Bernard Lebrun (Senior Reporter at France 2) and Michel Lefebvre (Associate Senior Editor at Le Monde), with Bernard Matussière, went looking for the “traces” of he who, wherever he went, only passed through. From shady hotels on the Left Bank to the cold water service flat of a Right Bank palace neighboring the mythical address 125 faubourg Saint Honoré where Magnum was created, the authors describe how this German vagabond who landed in Paris in September 1933 with his Hungarian childhood friend Csiki Weisz (the man with the « Mexican suitcase») became the great director of one of the most prestigious post war press agencies. His friends loved to say that “In Paris, Capa spent the money he earned in New York” publishing pictures (and texts!) in the American press. Since the almost definitive biography written by Richard Whelan in 1985, and in the spirit of the 2004 Bibliothèque Nationale exhibition in Paris (“Capa Connu et Inconnu”), this book brings us a plethora of new details and historical precisions, approaching the work of the 20th century’s greatest war photographer. Bernard Lebrun