Robbie McClaran : The Great River of the West 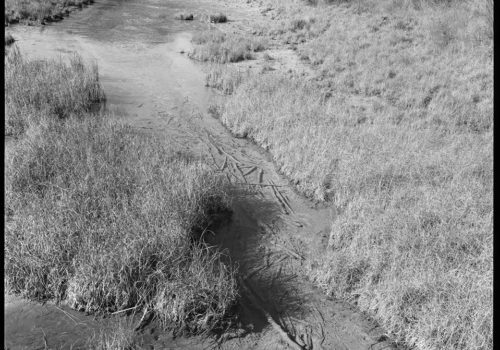 The river we know today as ‘Columbia’ was known for thirteen millennia by the names given by its original inhabitants: Wihmal, Nch’i-Wàna, and Shwan-etk-qwa among others.

Captain Robert Gray christened it ‘Columbia,’ after his ship the Columbia Rediviva. ‘Columbia’ is from Christopher Columbus, a man who raped, murdered, enslaved and spread disease to indigenous people and destroyed their cultures.

Gray, credited as the first white man to navigate ‘Big River’s’ treacherous bar and sail upstream, was a merchant seaman in search of furs, who murdered native people who wouldn’t cooperate with his missions.

The name ‘Columbia’ carries this weight.

In 1867, when Carleton Watkins began his photographic expedition up the Columbia River Gorge, the river looked much as it had for the previous 13,000 years of indigenous human habitation. Yet even then, railways had already been laid to facilitate the movement of white settlers past rapids and falls that made navigating the river extremely dangerous. That influx of immigrants set in motion events that would change the Columbia, the fates of the native people, and the Pacific Northwest forever.

Today the River is fully industrialized, its once wild rapids pooled behind 14 dams into a series of vast lakes. While dams provide water for irrigation, hydropower and slack water for navigation, it comes at a terrible price. The extraordinarily abundant Salmon runs have dwindled to near extinction. Indigenous people have been mostly displaced from their ancestral homelands, their traditional fishing grounds inundated by dams. The river still flows through a majestic and diverse landscape, yet it’s rare to find a view that does not include stark evidence of the impact of the European immigrants who displaced them.

“The Great River of the West” is a photographic survey of the 1250 mile long Columbia River, from its source in the Canadian Rockies, to the confluence with the Pacific, exploring its current cultural and economic landscape, with an eye towards its significance in the history of the Pacific Northwest and North America. The following photographs are sequenced geographically, with the first image at the source and the last at the confluence.

In this digital age, when artists and photographers often manipulate images for conceptual concerns, a photograph’s ability to serve as a record of material fact has been called into question. My work occurs at the intersection of documentary and art, and throughout my career I have explored how we engage with photographs as factual representations of moments in time. It examines a history embedded within the landscape, our relationship to the natural world, and the role landscape photography plays in both idealizing nature and documenting its destruction.

To produce the photographs I pair an antique 8 x 10 large format film camera, with digital printing technology as a nod to the timeless, classical aesthetic of 19th century photographers, while bridging the gap between historic and contemporary technologies.

Robbie McClaran is a documentary and fine art photographer whose work focuses on the American people and landscape. His work has been widely exhibited and published, appearing in numerous magazines throughout the world.