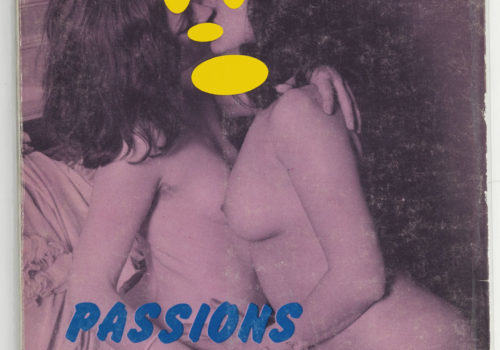 “An American Prayer” is a poem by Jim Morrison, who would have traded rock stardom for recognition as a legitimate artistic figure in a hearbeat. Seven years after his death, “An American Prayer” was the name of a posthumous album of his poetry recorded to music by the remaining Doors. On March 29, “American Prayer” will be an exhibition at the Bibliotheque nationale de France of American literature and ephemera from the collection of American artist Richard Prince. Also on view will be artworks by Prince relating to books, an important source of both inspiration and materials for artistic practice, including two never-before-seen examples of his famous “Nurse” paintings from his personal collection.

In a purpose-built structure meant to evoke the wood-shingled houses of l’amerique profonde, Prince displays 40 of his American English series (sculptures based on the first American and English
editions of his favorite works) with 24 Untitled (Original)s, which reunite pulp paperbacks with their original cover art. A selection of Prince artwork which derives from and/or pays homage to the book and the mechanically reproduced image – works from the series Publicities, Gangs, Cartoons, and even Hoods – encircle vitrines with treasures from the most important 20th century collection of Americana still in private hands.
Finally, a “Reading Room” provides a conceptual tour d’horizon of the complex interactions of art and the text in the digital age. The “greatest hits” of the Prince and BnF collections – precious books and manuscripts from the likes of James Joyce and Louis-Ferdinand Celine you can’t touch without getting arrested – are intercut with livres ireel and lPads stuffed with Prince’s prolific output of artists books. Part bibliographic exhibition, part art installation, the show toys with the viewer’s preconceived notions of image and text, while presenting a fascinating taxonomy of American subcultures: cowboys, bikers, hoboes, hippies, and spacemen.
A book collector for nearly forty years, Prince has amassed a remarkable trove of works from what he describes as the “BeatHippiePunk” era : 1949 (the year of his birth) to 1984. It starts with the “Beats” – Kerouac, Ginsberg, and Burroughs, for sure, but also Nabokov (whose personal library relating to Lolita Prince owns) and J.D. Salinger. He has a particular faible for Hunter Thompson, whose Hell’s Angels and Fear and Loathing in Las Vegas figure prominently in the mix; the hugely influential underground cineaste Jack Smith; Mario Puzo, whose manuscript for The Godfather will be on display; Truman Capote, whose letters to the convicted murderer Perry Smith are in the collection and Jimi Hendrix, as well as Robert Crumb and Yoko Ono…and of course Thomas Pynchon, Ken Kesey, Tom Wolfe, and Terry Southern. Prince has a special interest in a number of American writers better known and loved in France: Richard Brautigan, Philip K. Dick, Jim Thompson, and Chester Himes. Prince’s holdings of letters include Jimi Hendrix’ handwritten letters home to his father while he was in the army, and, later, on the road with Little Richard’s band; Kerouac’s letters to Malcolm Cowley, editor of On the Road; and a plethora of missives from those two incognito novelists, J.D. Salinger and Thomas Pynchon.
This would be an amazing aggregation of Americana from Mr. X, but the fact that it comes from Richard Prince is what makes this uniquely interesting. Prince’s collecting and his artistic practices are hard to separate…so why try?

Prince is born in 1949 in the Americanized zone of the Panama Canal, and grows up in Boston.
Upon his arrival in New York in the 1970s, he is employed in the archival department of Time Life, charged with organizing press cutouts by author or subject. Passing his time cutting up journals and magazines, he discovers a fascination with the leftovers of his work – the advertisements, the comics, the personal ads, etc. – and begins collecting them. During this time, he joins the artistic circle ofthe “Pictures Generation ”, a network of young artists including Cindy Sherman, Robert Longo, Barbara Kruger and Jeff Koons, among others.
Prince begins photographing images from advertisements, simultaneously redefining the boundaries of the public sphere and capsizing the values of the American cultural universe.
One of the first “appropriation artists ”, Prince’s work consists of re-photographing existing photographs as though they were his own creations.