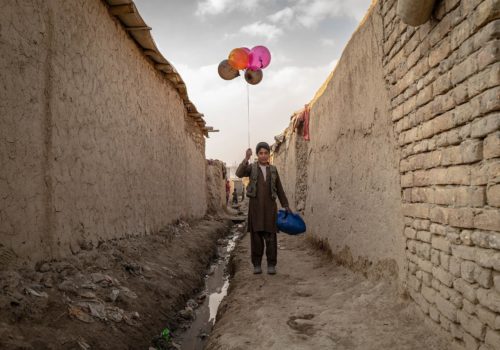 The word ordeal is used here in all its polysemy. The point is to submit to experience so as to test its qualities; the photographer’s proof print, the trials and tribulations of the traveller, the ordeal of entire peoples, the test of poetry that transcend the test of art.

According to Lévi-Strauss, man can change his behaviour because he is a being of culture(s). Understanding and sensitivity structure his perception of things. Art is therefore essential.

RÉFLEXIVITÉ(S) is a revealing name. The event invites us to reflexivity in our intimacies, a return to the self that truly allows the encounter with the other.

RÉFLEXIVITÉ(S) is a confluence, hoped for and designed as such. It is urgent that we meet there, frankly, without misplaced ethnological curiosity, face to face, heart to heart, soul to soul.

At RÉFLEXIVITÉ(S) photographers share what is not being shown, testify to what they want, to the off camera. Writers have been invited to accompany with spontaneous writing the work of these photographers inviting people to see beyond the surface of images.

AROUND THE EVENT,
The first 3 days are devoted to meetings and exchanges between the artists and the public
A number of screenings will be shown, including the work currently being completed in Ukraine.
A transitory bookshop is set up in partnership with the bookshop La rumeur des crêtes
A catalogue of the event is published by Les éditions de Juillet

BEYOND THE EVENT,
Photo workshops led by these photographers are offered throughout the year
An artist’s residency is beginning this winter
In 2023 a debate on ethno-photography will bring together photographers, historians, anthropologists, journalists, publishers, novelists and explorer

A WORD FROM THE CEATOR : Boris Pierre

Réflexivité(s) was born of a spark, of a sensitive impulse; it is first and foremost the story of a passion for photography, of an encounter.
Through and beyond this event, we want to pay a tribute to this magnificent vector of emotions.
We are convinced that art contributes to bringing us together, it moves us, questions us, awakens our consciences, in short, Art makes this world a better place.
Réflexivité(s), beyond its artistic nature, provides us with a political, anthropological, sociological dimension, it gives us another vision of the world: the world as it is or the world as we would like it to be. It is all about the gaze and its capacity to set us in motion to progress in our perceptive fields.
Réflexivité(s) is a space for freedom of expression(s).
Therefore, it was deemed appropriate to link writing and photography by inviting authors to enter into a dialogue. Among these magical conversations between images and words, let us quote this exchange between the novelist and poet Simon Johannin and Céline Croze: “Here are my words, which I have sought to infuse into your images”.
We do hope that this first edition of Réflexivité(s) will be a surprise, that of a real pathway into this very reality over which we have a hold.
Réflexivité(s), a photographic and anthropological event was born, as an open window on the world and its contradictions… All we have to do is follow the path suggested by the artists.