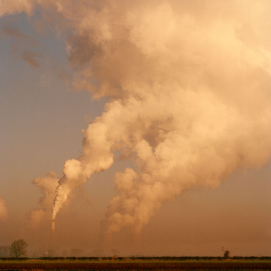 This week sees a sizeable portion of the photography world descend onto the grand court of Somerset House, which for the third year in a row plays host to Photo London: four days crammed full of exhibitions, talks, artists’ book launches and satellite events devoted to the photographic medium. From emerging artists to all-time classics, the fair caters to a breadth of tastes; nearly 100 young and established commercial galleries and publishing houses, from 17 different countries unite this year in the fleetingly erected Pavilion and labyrinth rooms of the 18th-century arts hub.

Run by Candlestar – a company that helps corporate clients sponsor major art projects including the Prix Pictet – since its inception, Photo London has also facilitated the sprouting of independent photography events; namely, the arts publishing fair Offprint at Tate Modern, and the younger festival Peckham 24. These offsite happenings, together with a bigger focus on female artists, and an expanded ‘Discovery’ section for under-the-radar galleries, make this iteration of the fair an easy fixture on the international arts calendar. Here’s our breakdown of what not to miss from 18 – 21 May:

Head to the Discovery section for emerging artists and galleries steadily marking their stamp on the industry. The unsung, cerebral gallery, Large Glass, is notably paying tribute to the timeless lessons of John Berger. Uniting four photographers – one British, three Italians – its exhibition Ways of Seeing takes us from 80s’ Manchester to pastoral Ravenna via deadpan landscapes of neglected spaces that will make you contemplate the bigger picture. Moreover, the creative agency and gallery, Webber (London/New York), is arguably exhibiting two of the most promising photographers at the fair: Theo Simpson and Marton Perlaki. Perlaki’s surrealist world of chance combinations and Simpson’s sublime views of post-industrial Northern Britain will lure you to a place far beyond the booth’s three walls.

This year sees women artists take centre stage. The young East London-based gallery Roman Road, makes way for Natalia LL, a pioneer of feminist art in Poland. Western critics will tell you that her erotic (banana-munching) self-portraits of the 70s challenged an increasingly consumerist society, and its sexualised images of women; but others highlight the communist context in which she worked. An entire booth dedicated to LL’s photography, sculpture and moving image proffers room to mull that one over. Meanwhile, England & Co is celebrating a whole host of women creators, including several British veterans and the Chilian poet, artist and filmmaker, Cecilia Vicuña. And at TJ Boulting you’ll find two of the most trending photographers in the past year, Maisie Cousins and Juno Calypso. Their pink-infused imagery epitomises millennial critiques of circumscribed ideals of femininity.

For a mix of household names and emerging artists, one of the liveliest booths at the fair is Gallery Fifty One. The Antwerp-based gallery brings together work by William Klein, Malick Sidibé, and Saul Leiter, with Deanna Templeton’s skinny-dipping images and Bruno Roel’s monochromatic palm-tree motifs – a perfect combination of eye-popping colour and moody prints. At Michael Hoppen’s booth, gritty photographs by Provoke-era artists Araki, Fukase and Moriyama mingle with painterly fresson prints of couture-clad women by fashion photographer Sarah Moon. The parallels drawn between such works might raise curatorial questions, but like in all art fairs, we may as well enjoy the juxtapositions that these frameworks elicit.

With that in mind, this year Eckho Gallery and CF-LART have joined forces as the sole representative for Latin American artists. Don’t miss the subversive work of creative polymath – artist, curator, critic and publisher – Mario Fonseca, an influential figure in Chile’s underground art scene of the 70s’.

Although it’s kept somewhat under the radar, the Publishers’ section is not only free to browse rare and limited edition books (and prints), but it’s also where you can meet renowned photographers from Vanessa Winship to Paul Graham at their book launches and signings. Among the nine present publishing houses, including Éditions Xavier Barral, Thames & Hudson, and Kehrer Verlag, MACK has a particularly active programme, launching seven new titles at the fair – notably, the First Book Award winner and the much-anticipated Ravens by Masahisa Fukase, which is the subject of a free panel discussion at the Courtauld Institute of Art. Meanwhile, you can get your hands on the Magnum Manifesto at the Thames & Hudson stand, before the photo agency’s coinciding 70th anniversary exhibition opens at ICP, New York.

If you’re still thirsty for more, dotted across Somerset House and the Pavilion are nearly 10 exhibitions that punctuate the fair’s public programme. Beyond an 18-metre mural by William Klein, and an exhibition by Juergen Teller (plans for which are being kept quiet until its unveiling), one of the highlights is a virtual reality artwork by Mat Collishaw: Thresholds restages a pioneering photography exhibition by British scientist Fox Talbot in 1839. With the aid of Collishaw’s digital reconstructions, visitors can enter a fully immersive portal to the past, touch the vitrines and get a glimpse of images that have since been lost. In contrast, Taryn Simon’s exhibition pulls us back to the present; the 2017 Master of Photography’s digitally mined index of images navigates contemporary systems of power only to visually disrupt them.

A quick calculation will tell you that 20 women are taking part in 32 programmed talks this year, including renowned artists Penelope Umbrico and Taryn Simon. Shoair Mavlian, Assistant Curator at Tate Modern, is posing questions to Bruce Davidson, and if you’re curious about corporate collections, the Curator of Collection Pictet, Loa Haagen Pictet, will be in conversation with Deutsche Börse Photography Foundation Director Anne-Marie Beckman. Meanwhile, the 2017 Prix Pictet winner Richard Mosse – whose recent Barbican show sparked critical debate about artists documenting the refugee crisis – will voice his own perspective. Offsite, at The National Portrait Gallery, you’ll find William Klein in conversation with curator/writer David Campany, and at The Photographers’ Gallery, the former head of exhibitions, David Chandler, will be chatting to photographer Ron Jude about his new book Nausea.

Offprint London, like its Parisian counterpart, offers an indie alternative to the capital’s major photography fair. Sprawling through Tate Moden’s epic Turbine Hall from Friday until Sunday, will be well over a hundred independent and experimental publishers showcasing their wares. Keep an eye out for PUNCH, a Bucharest-based bookshop that will introduce you to little-known prodigies from the realms of photography, architecture, art and design. Or, Loose Joints, the South London-based publisher launching an irresistible new book of wildly colourful surfaces, Bruises, by The Sunday Painter artist Samara Scott. Also peep Plantation Journal an elegant little magazine dedicated to mutable forms of sculpture – from paper art to performance. And you can always count on November, Dashwood and Idea to serve up subcultural classics.

Beyond Offprint, this year sees the return of South East London’s 24-hour photography festival Peckham 24, once again turning the spotlight on a local network of artists, galleries and curators who make the district one of London’s most exciting contemporary art destinations from 20 – 21 May. Spanning Assembly Point, DKUK Salon (‘a gender-neutral salon offering top quality haircuts’), Hannah Barry Gallery and the former industrial site, the Bussey Building, the hub of the festival is a group show at Copeland Gallery. Housed, along with a handful of other participating sites, in the multi-storey Building, the Copeland exhibition At Home She’s A Tourist brings together a dozen artists whose photographic work delves into diverse realms of domestic space. Curator Tom Lovelace has done a great job of uniting celebrated and emerging artists in order to traverse the material, psychological, private and communal terrains of what we call “home”.

On Saturday night head over to Hannah Barry for a free party with cheap beers and music, all in the name of Oliver Griffith’s BMX-inspired show at the gallery-turned-games court, thanks to the artist’s colourful floor markings. (And grab a copy of Loose Joints’ coinciding book while you’re there too!)

Sooanne Berner is a Sales & Marketing Executive at MACK, in London, UK.