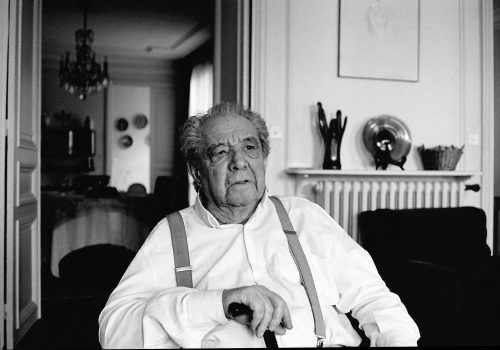 The Picto laboratory is celebrating its 70th anniversary. The creator: an astonishing figure: Pierre Gassmann died in 2004. There has been little written about him, except for a terrific book 20 years ago by Hervé Le Goff. The book is almost nowhere to be found. Its title: Pierre Gassmann, la photographie à l’épreuve, published in 2000 by France Delory editions. All the great French photographic ghosts of the last century appear there: Cartier-Bresson, Brassaï, Capa, Doisneau. Hervé Le Goff gave us this nice text.

For those who, in the 1970s, were interested in photography such as between Paris and New York it shone with the activity of agencies, the proliferation of magazines, the reception of museums, the creation of galleries and auction sales, the name of Pierre Gassmann clearly resonated with those of the historic founders of Magnum Photos. Writing the book of his life and the adventure of the Pictorial Service laboratory, the fiftieth anniversary of which we would celebrate in 2000, leaves me, twenty years later, with the memory of our regular meetings in his apartment in the rue du Regard, when, in his hoarse voice, Pierre Gassmann recalled his childhood in his hometown of Breslau, his happy youth in Berlin, his arrival in Paris in 1933, his meeting with photographers named Brassaï, Cartier-Bresson or Capa,  he had first thought of becoming one of their colleague before preferring to print their images, in this spirit of complicity which would become a brand.

The task that I had accepted with joy was also the opportunity to meet the witnesses of the birth of the first laboratory dedicated to professionals, printers, artists or photojournalists. Patricia Gassmann who was at the origin of the project, Monique Plon who imprinted on Picto its artistic and cultural component were able to bring to light the first photographs with which Peter Gassmann, a young German Jewish emigrant, described at the age of nineteen the sweetness of a free life, the intellectual atmosphere of the terraces of Montparnasse or the solitude of the fairgrounds. I don’t know what Pierre Gassmann really thought of the book, I think he was especially happy, to spend these wednesdays afternoons of 1998 and 1999, of walking through a memory he had prodigious.

I will always remember my first meeting with Gassmann. I had just arrived at PHOTO. Roger Thérond guessed my immense gaps. “You are going to phone Romeo Martinez, he will tell you if he chooses 2 or 3 things.” I phone the same evening. “Very well, come to the Dôme tomorrow morning at 9 am, I am having breakfast with Pierre Gassmann and Henri Cartier-Bresson.” I arrive paralyzed, on the terrace Saint John Perse was seriously drinking whiskey. I introduced myself: Henri’s immediate response: you call me tu me please, I hate the formal address. It’s too much for me, I’m losing all my skills and I’m just looking for phrases without tu or vous. Romeo finishes me off 5 minutes later: “One of the important things in the history of photography is the relationship between Atget and the prostitutes: what do you think?” I mumble ridiculously. Pierre Gassman is hilarious and says to me: don’t worry, they are always like that and it goes rather well! I have always had a great affection for Pierre, I spent some great moments with Henri and Romeo was my mentor for 20 years.