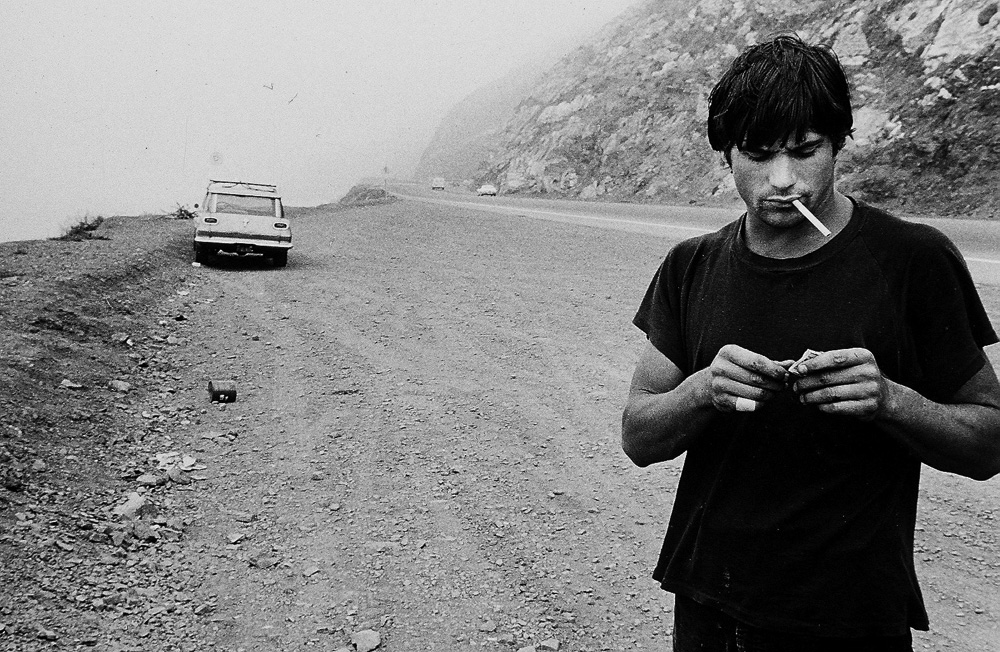 The photograph by Anthony Friedkin, Woman by the pool, Beverly Hills hotel 1975, is the official image of Photo L.A 2012. The interview by Roxanne McCann tells the story behind the photograph.

Why were you interested in photographing the Beverly Hills Hotel?

Anthony Friedkin : I was working on a photo essay about Beverly Hills at the time. Keep in mind, this was over thirty years ago. I was exploring my own sense of how the wealthy in America interact with each other. I wanted to explore the question, in a visual way, “What does wealth in America look like?” We knew what poor neighborhoods looked like because we’ve seen so many photographs of ghettos going as far back as the late 1800s’. Appalachia, black ghettos, portraits of poor, impoverished people, abandoned neighborhoods — all of which were very accessible.
But it’s not that easy to photograph wealthy people — they’re carefully guarded. They live in gated communities in gated mansions. They’re protected by private police. They have chauffeurs and many of them have bodyguards.

How were you able to get that shot? Were you staying at the hotel?

Anthony Friedkin : The opportunity came up when a friend of mine was staying there. She knew I was doing the photo essay on Beverly Hills, called and said, “I’m down by the pool. Why don’t you come over and visit? And, you know, you’re my guest.” I thought, “Here’s my opportunity — I’m for it!”

I realized there was no way I could go there looking like “Mr. Photojournalist,” with my usual blue jeans, turtleneck and vest. No way — that was going to bust me in a second! So I decided I would dress up like a tennis pro — and I did it perfectly! I had the white shorts, a white polo shirt, a really nice-looking expensive tennis racket, brand new tennis shoes, white socks . . . It all fit into the “Hollywood thing” — which is all about costume. And walking down the stairs to the pool area, with the Leica around my neck, nobody flashed on me as a photographer. For a few moment, I was home free.

As soon as I got down there, I knew I had to seize my opportunity. I recall walking around the pool and saw the woman with the hat. I saw the guy in the chaise lounge. I moved in closer behind the woman. I dropped to my knees quickly, framed the shot, and released the shutter — which has a wonderful sound. I knew I got it!

Did you realize what you had when you shot it?

Anthony Friedkin : Yes, and what’s interesting to me is I believe photographers have a fate, a destiny, like all artists do. And much of this has to do with being in the right place at the right time. Regardless of the fact we worked our whole lives to be there, at that precise moment in time, to get that extraordinary photograph, to visualize it and frame it artistically, there’s a certain amount of existential luck that has to come into play. And I felt it the day I made that photograph.

Anthony Friedkin is an internationally recognized fine art photographer. His images are in the permanent collections of the J. Paul Getty Museum, the Museum of Modern Art in New York, the Los Angeles County Museum of Art and the Museum of Modern Art in San Francisco. His work has also been exhibited in Japan and Russia and has been widely published, with credits including Rolling Stone, Zoom, Time, and Newsweek. Anthony Friedkin is a native of Los Angeles, California and has worked extensively in Western and Eastern Europe, Japan, Mexico, and New York City.