Nashville : The Power of Pictures, Early Soviet Photography and Film 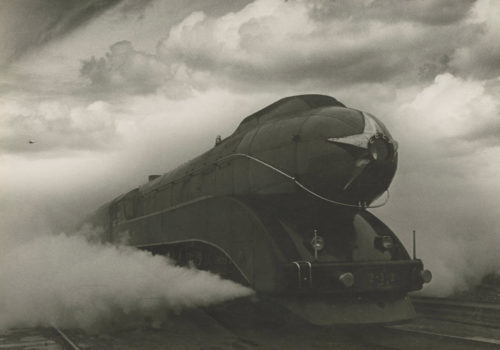 From early vanguard Constructivist works by Alexander Rodchenko and El Lissitzky to the modernist images of Arkady Shaikhet and Max Penson, Soviet photographers played a pivotal role in the history of modern photography. The Power of Pictures: Early Soviet Photography and Film examines how photography, film, and poster art were harnessed to disseminate Communist ideology, revisiting a moment in history when artists acted as engines of social change and radical political engagement. Covering the period from the 1917 Bolshevik Revolution through the 1930s, the exhibition explores how early modernist photography and film influenced a new Soviet style while energizing and expanding the nature of the media. Through 181 works, The Power of Pictures reveals how striking images by master photographers and filmmakers were seen as powerful propaganda tools in the new Soviet Union, and looks at photography and film together as influential and formally related media.

Nancy McCrary: Why did you feel strongly about bringing this exhibition to the Frist at this time?
Katie Delmez: Our director, Susan Edwards, is a photo-historian whose area of expertise is American photography of the 1930s, much of which was also politically motivated. So the subject of Power of Pictures aligns with her scholarly background, but she also knew that the idea of using images as a messaging tool is something that nearly everyone in contemporary society can relate to given the massive amount of visual material that we must digest on a daily basis.  As the curator who has been working on the show for the Frist Center over the last year or so, I too have become fascinated by this intersection of politics and art and by the diversity of styles that initially flourished before Stalin clamped down on creative expression. Stripping away this context, though, the photographs and films are visually stunning and the exhibition offers a rare opportunity to see so many of these works in one place.

NM  Artists who produced still images and films that promoted Russian propaganda were criticized by some people for doing so. What do you think their purpose was in creating this work?
KD: Initially, most of the artists supported the new government and wanted to help spread its ideology. Many had even fought for the Red Army in the Civil War. Of note, and the reason why the Jewish Museum organized this show, is that the majority of the photojournalists working at the time were Jewish. As members of a minority that had been persecuted under Czarist rule, they supported the Soviet Union, with its promise of an egalitarian world. They felt especially free of anti-Semitism in this newly established profession. Eventually, many artists and writers became disillusioned with Stalin, but had to confirm to his call for a new, staged visual rhetoric that glorified the State and its achievements and presented an idealized Soviet life.

NM: In a democracy is propaganda sometimes camouflaged as advertisement, or is it just as overt as what we see in this exhibition?
KD: This type of story is not new or unique to the Soviet Union. Art has been used to sell political messages—whether a specific person or a particular cause—since ancient times (Quick examples: sculptures of Caesar Augustus, Delacroix’s Liberty Leading the People, Jacob Riis’s photographs of tenement life in New York, even Normal Rockwell’s famous paintings supporting the bond effort in World War II.) Personally, yes, I think that advertisements often promote more than the item they are featuring: they are selling a persona, a way of life, and by extension, the broader culture and economic system on which it is built.

NM: Battleship Potemkin is considered one of the most important films in history. Tell us a bit about the film and its importance.
KD: Numerous important films, groundbreaking in both content and style, were produced during the 1920s and early 1930s and this period is now considered the Golden Age of Soviet cinema. Our exhibition offers a rare opportunity for visitors to see twelve of these films in their entirety, many of which are largely unknown outside of Russia today. The exception, of course, is Eisenstein’s masterpiece Battleship Potemkin, which commemorates the Revolution of 1905 and, indirectly, that of 1917. Conditions on the ship were so deplorable—symbolized by the maggot infested meat they were expected to eat—that the crew mutinies. They seize control of the ship and their revolt becomes the rallying point for larger demonstration on the grand Odessa Steps. When the ruthless tsarist soldiers arrive, a massacre ensues. The scene is one of the most quoted sequences in cinema history, most recognizably perhaps in The Untouchables. The Frist Center is very excited about offering a special screening of Battleship Potemkin on 35mm film in our auditorium, in addition to the digital version that will run on a schedule in our galleries.

This exhibition was organized by the Jewish Museum, New York. The Power of Pictures: Early Soviet Photography and Film is made possible by the Eugene and Emily Grant Family Foundation, The David Berg Foundation, Andrew and Marina Lewin Foundation, the Robert Mapplethorpe Foundation, and the Horace W. Goldsmith Foundation Exhibition Fund.