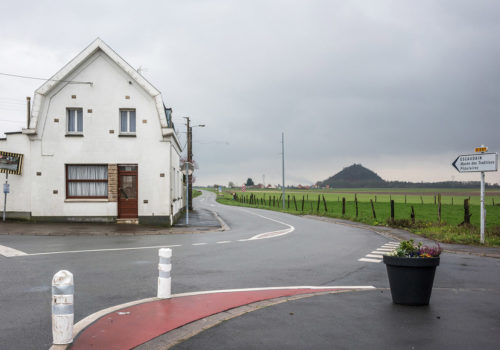 Living with the remnants of coal and iron industries in France

For almost four decades I photographed America’s industrial heartland gradually disintegrating into the landscape that we now call the Rust Belt. Sadly, that process was not unique to the US. The demise of industry had similar destructive results in other countries that were once in the forefront of the Industrial Revolution.

A few years ago I began photographing former industrial regions in France. In 2019 and 2020 I made pictures in northern France’s Basin Minier, in the departments of Pas-de-Calais and Nord, an area that was shaped economically, socially, and physically by intensive coal mining from the end of the 17th Century until the close of the 20th Century. In its heyday, the region was home to 885 coal mines in a 3,100-square mile area. The last mine closed in 1990, though a dozen or so headframes are still standing. Coal’s most visible legacy is the approximately three hundred “terrils,” man-made heaps of mining waste that punctuate the landscape like miniature volcanos.

Earlier this year I spent several weeks in northeastern France, in Lorraine, the former center of France’s steel industry. A map of the region published by the tourist office of the city of Thionville in 1919 identifies 140 separate sites related to iron and steel production, including dozens of sprawling steel mills that employed some 25,000 workers at their peak. While a few mills are still in operation, most were shut down and dismantled in the 1970s and 1980s. Like in the Basin Minier, what remains of the region’s industrial past are the “cités ouvrières,” residential settlements built by industrial corporations, many of which are now slums for the unemployed descendants of factory workers.

In both those regions, as in America’s Rust Belt, the collapse of the economic base provided by manufacturing had devastating results: mass unemployment, social upheaval, and widespread deterioration of the built environment and landscape. I’ve tried to make photographs that not only describe those circumstances, but also give some sense of France’s glorious industrial past.