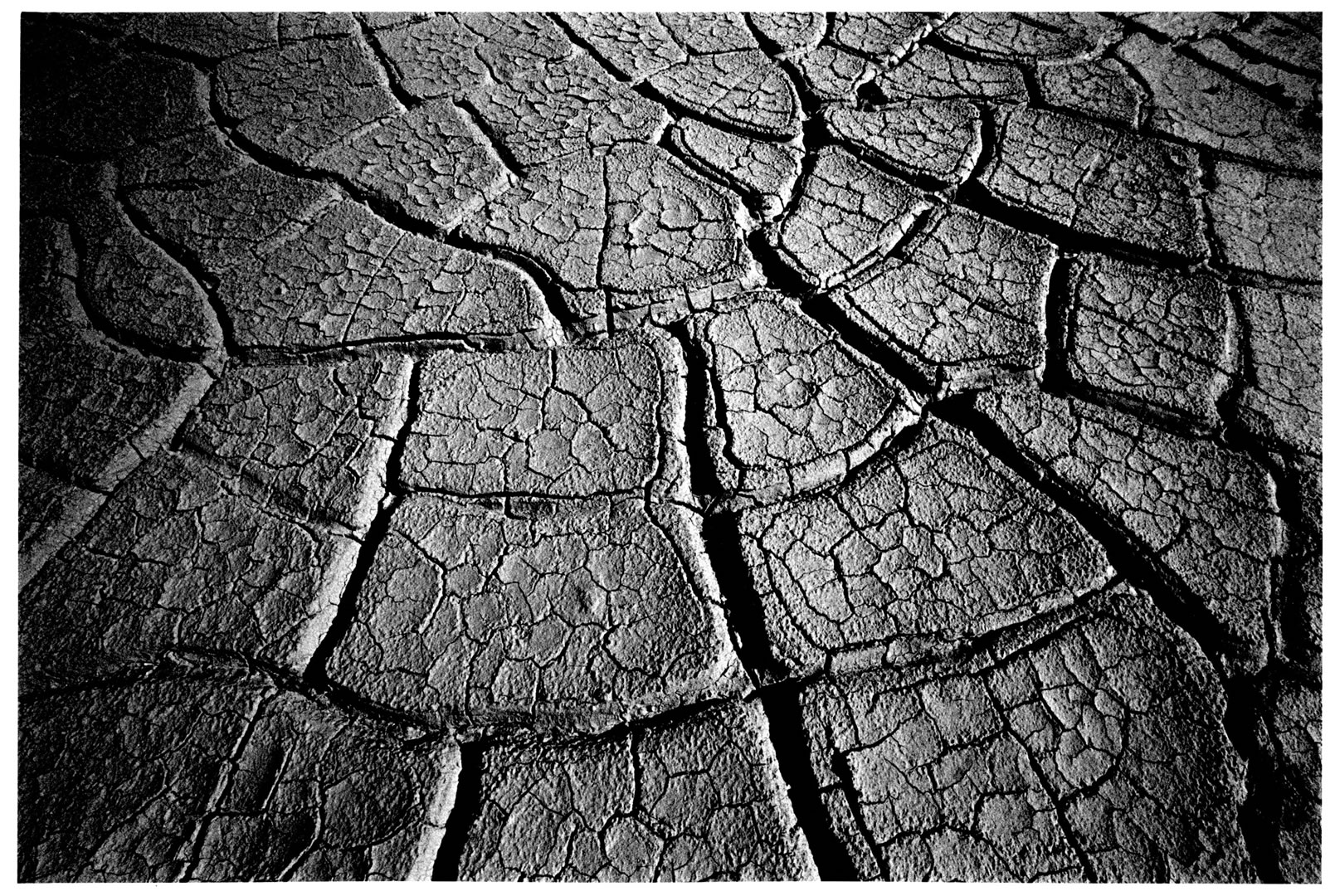 In 1978, Jeanloup Sieff was at the height of his glory, especially among amateurs of his deep black and whites, incisive and contrasted, his Giacometti-like nudes they devoured in photography magazines, their girlfriends posing in old attics lit by skylights.

Philippe Scali, then editor at Denoël Books, suggested he do a book about Death Valley for his new collection “Journal de Voyage”. The offer was timely, allowing Sieff to break with his hectic rhythm. “The most beautiful journeys are those you make in dreams, wrote Paul Morand, but I hoped despite everything that some dreams could coincide with reality and my dream was Death Valley. I only knew the dramatic name and some pictures I had seen by the old American photographer Ansel Adams. I knew it was somewhere in the desert between Sierra Nevada and Las Vegas.”

Crazy about cinema, he dreamt of becoming a director and had even prepared to enter the IDHEC cinema school. Simultaneously with the book, he thought about making a movie for INA from his still pictures, in a series of artist clips entitled Camera Je. His wife Barbara, a young model he met in 1969, would travel with him and would take sound as well as numerous horizontal color pictures he had a tendency to avoid, preferring the vertical shots more adapted to magazines.

Before leaving, Jeanloup Sieff mentally built the book’s structure like a prewritten screenplay. The autobiographical structure of the travel log, written with true literary talent nourished by his knowledge of the classics, was to be a reflection of the aesthetics of the photographs designed to function autonomously, keeping reality at a distance. Known for his nudes, his fetishist obsessions, his glamorous taste, he tried to break with his style, a new level of asceticism providing the book’s theme. He announced to his editor that he wouldn’t provide pictures of nudes, but finally consented against his will to offer a picture of Barbara’s lovely breasts in the book. Lucky for us! Jeanloup Sieff wanted to take only vertical pictures, disregarding the natural penchant for painters, illustrators, or photographers to capture the landscapes in panorama. He cropped his pictures with a fashion photographer’s aesthetic, a way of capturing the landscape in the same way one would take a picture of a model’s face, looking towards the sky, always at a particular height. Occasionally, of course, he broke the monotony with a horizontal highway shot, long stretches of land seen through the car’s windshield always carefully structuring the lines and contrasts, providing movement to his image.
He took advantage of this journey, when at 45 years old, and close to nature, he could take the time to reflect on his life. “I always loved deserts, long stretches of land where the wind is free, immense skies providing witness to the long fragile lives of clouds.”

“Death Valley”’s reprinting by Contrejour Books tells the story of this journey with his wife Barbara in their camping car, in a new updated and commented version restituting it in a context that hindsight has made possible.