La Carte blanche PMU at Le BAL: Les Immobiles by Léa Habourdin and Thibault Brunet, and the 5th Anniversary of the Prize 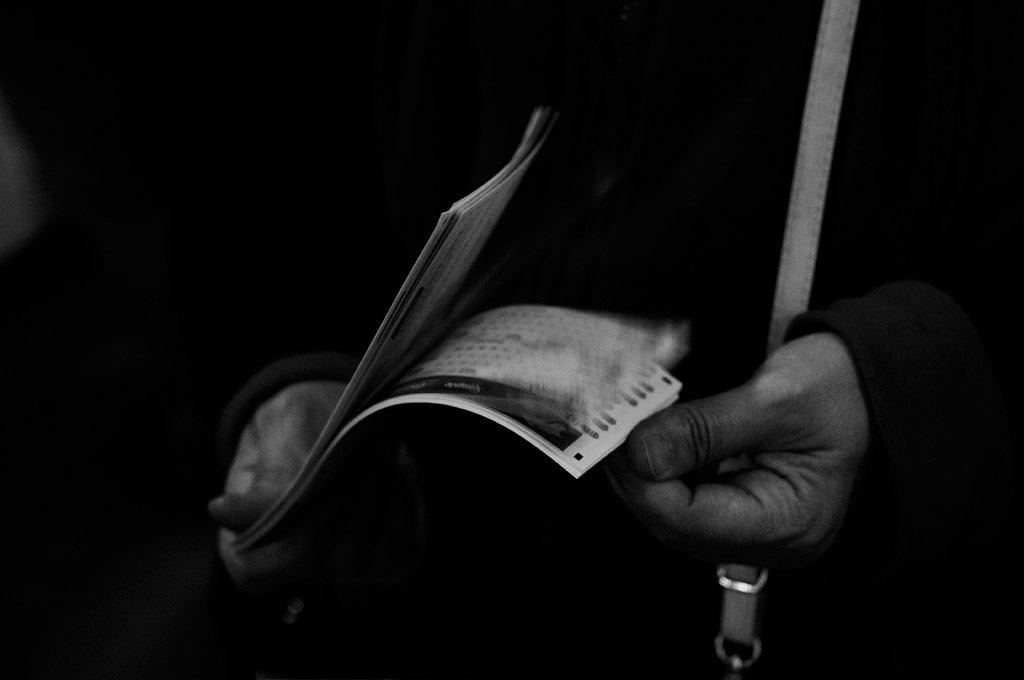 Léa Haubourdin and Thibault Brunet’s Les Immobiles sounds like a proposition in the most generous sense of the term. First, through a desire to leave behind the overused paradigms of today, which could not exist outside of an iconography devoted to games and gambling. Second, through going out in search of the subject of the story they told themselves, and the images that emerged from their encounter.

They chose northern France for the setting of this story  knowing little about it but soon  could see come to life in the places they visited. La Côte d’Opale, Boulogne-sur-Mer, Pas-de-Calais, cafés,parts and pieces of people, lottery tickets, a close-up of dregs drying at the bottom of a coffee cup on a zinc countertop. Over the course of two months, the photographers blended into their surroundings, mastering the ways of a gambling life. “Day after day, the same people, the same friends,” they explain. While they won over the hearts of men, they were also able to get closer to animals. A pigeon breeder invited them into his nursery. The duo prefered hyper-representation of the famous Equidae, the metaphoric potential of the bird. Caged outdoors or indoors, these creatures dream of the same journeys,  boundless freedom with an uncertain future.

To become better immersed, the artists set up three different cameras. First, the camera trap. Originally used by hunters and scientists, this camera responds to movement and heat. The shutter captures short sequences. There’s a wink to Muybridge and a nod to the entire chronophotographic tradition. Second, a video game console camera which, using a special software, makes fragmented three-dimensional scans, biological samples of space. The result gives the strange impression of it being a single dimension, densified and flattened, creating pieces of precut places folded back on themselves like diagrammed dreams. This offers another way to destigmatize this setting so burdened with clichés, deconstructing the assumptions of the world of gambling. Finally, a film camera produces a warm, intimate result. Contrasting blacks absorb the human form, the anonymity dreaming of speed, adrenaline and fortune.

Conceived as large diptychs and triptychs, these visual compositions seem to float. The layout is discreet and almost aerian in order leave room for juxtapositions playing on video screens along the ground. These are meant to be seen from above, inviting the spectator into a game of back-and-forth as the gaze oscillates between the vertical and the horizontal. The basement of Le BAL, where the exhibition is, has never been so spare. The installation has almost religious accents which allow one to appreciate the distance necessary one had to travel for the encounter to take place. Beyond being at the center of this project, it seems like the idea, deep down, was to defy certain standards. First and foremost, an increased awareness of the need to visually communicate, through representation and illustration, the subject at hand. Gambling, here, is an act of grace and poetry. Having more in common the “jackpot” than premeditated looting, with Léa Harbourin working in black and white, and Thibault Brunet in color, both are able to capture it without the fleeting look of hoping for a passing chance. The final phrase of the text, which has become an integral part of their project, concludes bluntly of the essence of Les immobiles (“The motionless”): “What results from this set of photographs and scanned images is a world that touched us, moved us, a world that we loved.”

To recognize in the future winners what will, with each edition, stand out from the cliché aesthetic—that’s what has driven the Prix PMU for the past five years. For this anniversary, the PMU has invited the four past winners to exhibit their latest work. On the ground floor, Kourtney Roy bears little resemblance to the Kourtney Roy we once knew, and is exhibiting four photographs far removed from her acidic world. Olivier Cablet’s Duck was exhibited at the Festival Images in Vevey last year. Malik Nejmi has chosen to exhibit four black-and-white prints from his series La Chambre marocaine, shot as part of a workshop at the Villa Medici. Finally, Mohammed Bourouissa is presenting for the second time only an immense papier mâché horse accompanied by a dozen drawings taken from Horse Day, a film project. This retrospective reaffirms the central place of the Carte Blanche PMU on the contemporary photography scene, and whose future seems nothing but bright.