Kate Brooks –In the light of darkness 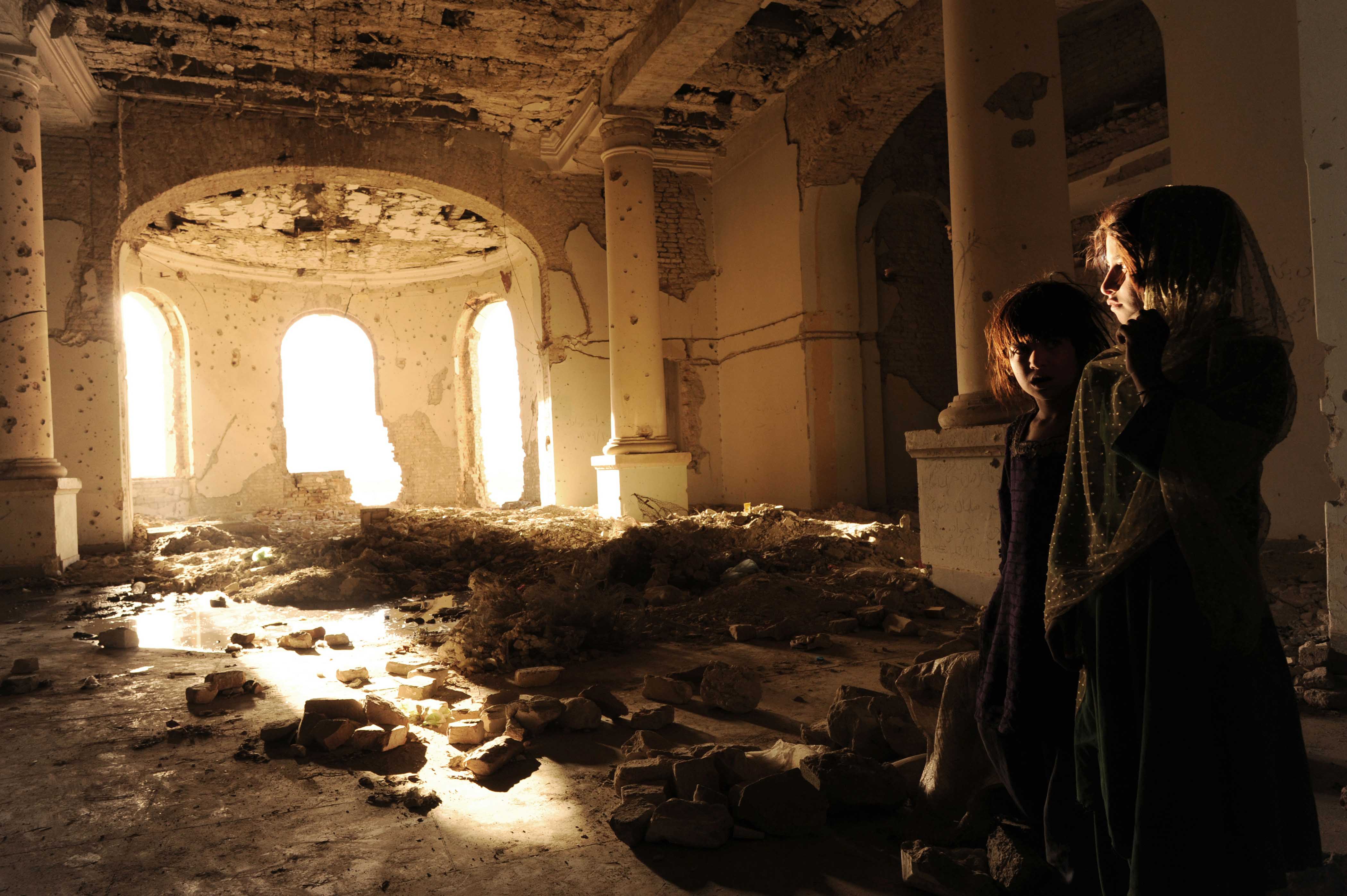 The American Kate Brooks has spent the last ten years—a third of her life—covering wars around the world. In the pure photo journalistic tradition, she provides an objective vision of the horror of war but also covers the daily life and culture of the ravaged populations.

It’s about feminine sensitivity. Although many dailies or weeklies only look for blood, explosions, weapons, bodies or suffering faces in war images, Kate Brooks offers in In the Light of Darkness a more humanistic vision of war. She’s given up the aggressive use of wide angle to also show Iraq or Afghanistan in another light: that of traditions, discussion groups, family picnics, fashion shows or schooldays.

Of course part of her work shows wounded victims or the dead, battle zones or the after-results of a bombing. Nevertheless, the photographer doesn’t seek out at all costs shock events or the photo that will make the front pages of the newspapers. “Of course I am a war photographer but it’s more important for me to cover its effects on the population; to see how civilians live and survive in war conditions,” she explains. “Going after a spectacular image of combat is not a goal in itself. I’m more interested in emotions.” In this selection of her work of ten years of covering Asia and the Middle East, Kate Brooks’ viewpoint is particularly focused on children, their education, their games, their experience of war, lives which have touched her as much as those of women—another subject she has covered, including the women’s political involvements.

A sensitive eye in a world of brutes

Lyse Doucet, BBC World correspondent, writes, “More than once she’s been told that ‘it’s not a place for a woman…why don’t you find another job.’” And it’s true that when Kate Brooks decided in 2001 to go to Afghanistan, she inevitably landed in a world where women, in the middle of other journalists and soldiers, are a minority. “I have rarely encountered many problems as a woman. My social status has always been different than that of Afghan women,” she replies. “That has allowed me to transgress certain social rules. In certain situations, I found myself in places no woman would normally enter. Being an American photographer in this part of the world is almost an advantage.”

Confronted by the horrors of war, more than one photo journalist has felt ill-at-ease. Out in the field, Kate Brooks says she finds it more difficult to photograph people suffering physically or psychologically. She hardens herself emotionally when it involves people who were killed whom she didn’t personally know. What guides her? A belief in Buddhist philosophy, and intuition, unwavering. “My trips and my work begin with a strong physical sensation. When I feel that I have to go, I grab my bag and I cross the threshold.” Courage which has led her to penetrate into these ruins and photograph two children wrapped up in covers, standing up, the light of the setting sun on their faces: this is the cover of the book. In the Light of Darkness extracts from the shadows men and their existences.

In the Light of Darkness – A photographer’s journey after 9/11
Schilt Publishing
250 pages, 35 euros.

Southeast Museum of Photography
Until December 16, 2011