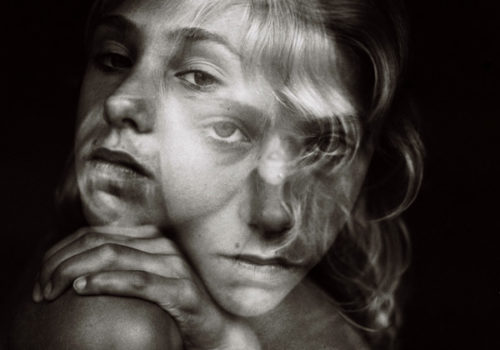 Why: A short history of women in photography

Before introducing the content of their exhibition “Women by Women”, Kahmann Gallery would like to give a short introduction to the history of women in photography.

Women were part of the history of photography form at an early stage of its existence. This had two reasons: Firstly, in the 19th century it was relatively easy for women to study photography because it was not linked to the male-dominated art academies. Secondly, at this time the demand for commercial photography grew significantly, while more and more women started to work outside of the domestic sphere. As a result, many women started to work in the photographic workshops. From that moment onwards, photography remained closely connected with emancipation. A camera was a tool of self-determination, it offered a space in which women could forge new identities. On the other hand, photography had also become a medium which increased the sexualization of the women body in visual culture, making it both a blessing and a curse.

In the 1930s there was a number of women photographers who were of great importance in the development of photography as an artistic medium, but above all as a site of modern social formation, political discourse, activism and critique. They were part of movements such as Surrealism, Dada and Bauhaus. These women were successful, but their work was still evaluated according to their gender. When photography was more explicitly promoted as an artform in the mid-20th century, few women artists were invited to take part in important exhibitions. The feminist movement in the 1960s and 1970s confronted this inequality of gender, but also of race and class. The camera was used as a political medium to express this inequality and to challenge it. In the 1980s and 1990s the focus on the visibility of bodies, desires and identities of the marginalized became central in the photographic practices. From the 1990s onwards, photography has become leading in the contemporary artworld. Women have gotten unprecedented visibility, although their work is still under-represented in national collections.

Sadly, this development only applies to the western world. When looking outside of this privileged area, there is a much longer way to go. But it is clear that also outside of the western world, photography is an important tool to address and fight social inequality, in any thinkable form.

Although the world of photography is for a large part still dominated by men, Kahmann Gallery would like to contribute to the path towards equality with the exhibition ‘Women by Women’.

The exhibition features the works of nine photographers: Carla van de Puttelaar, Laura Hospes Justine Tjallinks, Costanza Gastaldi, Marianna Rothen, Sara Punt, Chantal Elisabeth Ariëns, Linelle Deunk and Ata Kando. It is a combination of work by photographers who have achieved international fame and photographers whose work is known to a more specialist audience. What they have in common is their deeply rooted focus on self-imaging, in whatever form this may present itself in their work. The works in the exhibition showcase how the photographers look at the female body. This is different than the male gaze, which is often visible in popular culture. The works are not sexualized, and they are open to body positivity. By looking to photographs of women made by women, the viewer is able to experience the same liberating perspective.

For more information on the photographers in the exhibition, please visit www.kahmanngallery.com