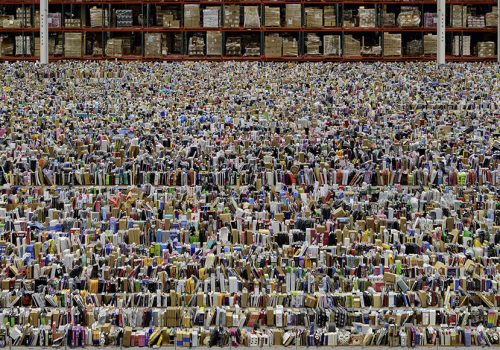 A privileged partner of the Jeu de Paume since 2006, Jaeger-LeCoultre invites you to discover the exhibition The Supermarket of Images, a powerful reflection on the economy of images – or iconomy – from February 11, 2020 in Paris. A place of creation dedicated to image and contemporary photography, the Jeu de Paume shows a desire for transversality in the study of visual culture. Thanks in particular to the support of the Grande Maison, a collective of talents was able to confront their vision with the hyper production of images characteristic of our society and question the traffic and management challenges that arise from it. An exhibition at the rhythm of an era, in the image of its time.

A collective of talents at work

As part of its Jaeger-LeCoultre partnership, it wishes to support an artistic momentum and participate in the setting in motion of creation, of all forms of creation.

The Supermarket of Images confronts the visitor with a questioning around images, their circulation and their exchanges in our modern world, the human (or non-human) work which takes part in their creation, as well as the fluctuation of their values ​​during their globalized circulation. One look would not have been enough to grasp such an ambitious subject. The strength of the collective was imposed on the Jeu de Paume to bring nuances and roughness.

Jaeger-LeCoultre which, since its foundation, cultivates working, creating and innovating together, welcomes this approach. It reflects the state of mind that gives the Manufacture its unique dynamics. In photography as in watchmaking, the genius loci has found its home.

The meeting between Jaeger-LeCoultre and the Jeu de Paume in 2006 is that of two universes who realize how close everything that is essential to them brings them together. Since 1833, the Manufacture has brought together watchmakers, engineers, designers and craftsmen under one roof. In this place of interaction and transmission, in this space of trust, a feeling of belonging is woven which embodies the distinctive style of the Manufacture, the absolute balance between elegance and technical prowess. Hosting exhibitions, visits and conferences, symposia, training and performances, the Jeu de Paume is also a place of convergence. There, photography continues to reinvent itself as an innovative force, sometimes disruptive, because it is beneficial to push the limits. The future looks like this.

The inspiration which circulates in these two places, one in Paris, the other in Vallée de Joux, is also tinged with respect. A photo cannot capture an image to enclose it in a frozen frame. Likewise, according to Jaeger-LeCoultre, a watch is not intended to imprison time but to embody it in its most precise and significant expression. The link between the Jeu de Paume and the Big House is one made to last.

The Theaters series, initiated in 1976, is inspired by Sugimoto’s interest in Zen and phenomenology. “Does the world as it appear to me have a real existence? From the start, [it] appeared to me as an illusory object, which only takes on a scent of reality once photographed. With the idea of ​​capturing an image that would only exist for the camera and would condense tens of thousands of visible images, he broke into a cinema (formerly theater) in New York and took a picture with an exposure time equal to the duration of the film. The sum of the 24 images / second having passed the time of the projection is a sparkling white rectangle, just lighting up the surrounding room. As in Zen, emptiness is the culmination of consciousness. Is it a coincidence that Sugimoto begins this series the year after that of the first shooting without film, which will lead to the digital age and the dematerialization of the image? Continued over forty years, the series extends in 2015 to the Abandoned Cinemas, whose screens no longer light up their whiteness than the decrepitude of abandoned cinemas. Beyond its meditative dimension and its evocation of the time of photography, Theaters can be read as a metaphor for the disappearance of the image as a physical experience and refers to a time when it was not data passing in a virtual flow, but the projection of an interior vision, the objectification of a spiritual exchange between the looking subject and the looked object.