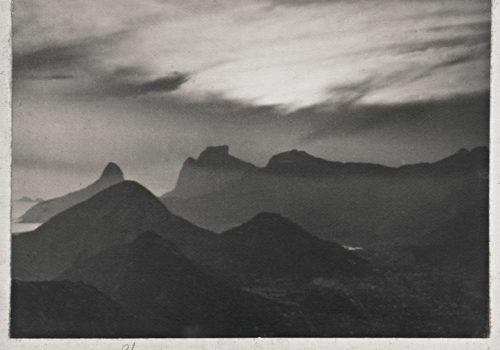 Her name: Yara Schreiber Dines.
Every month she will write about Brazilian women photographers
She introduces herself and her chronicle as follow:

” I am a visual anthropologist, historien and author in spite of all that, I am mainly a flâneur, observing the social life of the city and an eagle-eyed curator, very attentive to the details of each image to create and fabulate narratives.

In this series of texts, I  will bring to L´Oeil de la Photographie readers a panorama on the brilliance of the brazilian women photographers, valuing and promoting them to be known in the history of photography and art.” – Yara Schreiber

Women have been long-time participants in photography, both abroad and in Brazil. The photographer’s studio, as a family business, has allowed women to join photographic activities, but at the price of not leaving behind explicit details about their work, as the studio and not the artist was usually credited.

Women’s social place in the photographic studio was one of invisibility until the first decades of the twentieth century, a situation that prevailed even after the death of the husband, when the wife stepped in to direct the studio under the stigma of the denomination “widow” – like Widow Pastore, wife of the photographer Vincenzo Pastore (an Italian immigrant), in the city of São Paulo.

The themes covered in this text about Hermínia Borges find a context in the cross between image and gender studies, in this case in Brazil. The artist received a superlative education dedicated to the arts, becoming a painter and draughtswoman, besides studying music. From 1912 to 1914, she lived in Lisboa. She became interested in photography after her marriage to amateur photographer João Nogueira Borges, in 1918. Both founded, with a group of friends, the Photo Club Brasileiro in 1923, in Rio de Janeiro’s South Side, in the couple’s residence. The Club was formed by liberal professionals and members of the city’s elite and eventually consolidated as one of the main photographic associations of that time, strengthening photography as a means of personal expression. The magazine Photogramma, published by the club, is a picture of the debate around photography at the time, featuring articles on technique and on aesthetics.

Hermínia was one of the few women photographers to be working in the beginning of the twentieth century, standing out as an exponent of the Brazilian pictorialist movement. It seems she was the only woman in the Photo Club. She favoured natural light and bucolic landscapes featuring elderly people, dirt roads and rural workers. She took many photographs outdoors, but she also carried out various sessions within studios and resorted to staged scenes. The balance in the distribution of planes and command of the play of light and shadow underline the artistic bias of her work. A follower of pictorialism, she supported authorial photography and aimed at elevating photography to the level of the greater arts. Her images feature a confident mastering of technique, recording images with great sensibility. She always titled her images so as to lead the observer and improve the poetry of her compositions.

The techniques she most made use of were bromide and bromoil. The latter received an oleginous pigment, bringing about an effect similar to oil painting. Hermínia was awarded prizes in several salons and exhibitions both in Brazil and abroad, in places such as Berlin (1930’s), Madrid (1936) and Buenos Aires (1938). Hermínia worked with photography for three decades, ceasing to photograph in 1953.

Her oeuvre has been saved from oblivion by the Photography Section of the National Foundation for the Arts – FUNARTE in 1981, through the diligence of researcher/curator Nadja Peregrino in the setting up of the exhibition and catalogue. Her collection, of approximately 800 images, was donated to the Modern Art Museum of Rio de Janeiro – MAM/RJ in 1987.

“…at her time… 1920, … 1930…, there was great difficulty for photography to be accepted in the Beaux Arts salons… and this was the agenda of the Photo Club Brasileiro, achieving the recognition of photography as an art. And this was a very dear point for aunt Hermínia. And, finally, they did it… she was immensely proud of this, she thought this was her achievement, the result of her role, of her struggle, of the Photo Club Brasileiro.”