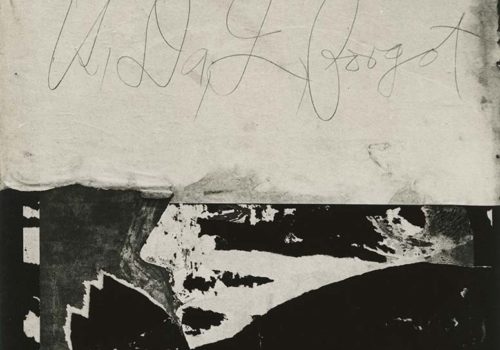 In October 2012, in the south of Brussels behind a beautiful Art Deco facade, the Foundation A Stichting opened its doors on the site of the former Bata factories. The Foundation’s vocation is to support the creation, knowledge and conservation of the photographic image. It cherishes a magnificent collection and from the outset, the foundation has also placed a strong emphasis on education, social awareness and engagement.

In the past year, the Foundation underwent a thorough makeover. New logo, rejuvenated team and new dynamics. The first exhibition “L’Amérique Latine Eraflée/ Latin America in Tatters” is an instant hit.

The world is undergoing a period of great change.
It will never be the same as before.
Back to core values is paramount.
What kind of world will we be passing on to our children?
A “Latin America in Tatters”?

Here again, the founder and chairperson confirms the social commitment of the Foundation in no uncertain terms. The expositions co-curator Alexis Fabry, paints a bitter picture. The ancient cultures of Latin America were overrun and destroyed by the colonizers. The utopias of the 20th century brought hopes, but they became bogged down in megapolises or drowned in the violence of successive revolutions. The result can be seen in the haunting images of the exhibition or in Fabry’s words:

These photographs, scratched, slit or torn, haunted by the wounds of a continent, outline the shape of an oppressed landscape.

At first glance we see an overall quality & diversity in the exhibition, and it was really a challenge to make a selection to present here.

From David Consuegra (1939-2004) we see images from the period 1960-63 comparable to e.g. Aaron Siskind (1903-1991). At that time Consuegra was studying at Yale University, and he certainly came into contact with abstract expressionism and subjective photography.

Luz Maria Bedoya (1969) – that some may remember from the 2005 Venice Biennale- looks in the middle of the night from one high-rise building to another apartment block. Her images are reminiscent of the series of, for example, Merry Alpern (1955) or Gail Albert Halaban (1970), but show clear differences. She emphasizes the anonymity & loneliness of the metropolis, and the images almost become an abstract pattern.

Pablo Lopez Luz (1979) searches the memory and identity of a community in the stones of the city. The successive layers of the presidential palace, for example, connect all phases of history, from the pre-Columbian period to the present.

Johanna Calle’s (1965) starting point are found images that she then processes. The result may seem like uncommitted works of graphic art, but nothing could be further from the truth. In her series Cordilleras and Alto Yavari she takes a stand against deforestation and the impact of politics on our ecosystem.

Graciela Iturbide (1942) connects with the surrealist tradition. A woman is returning from the market with chickens. Her fleeting passage has something menacing and the splashes on the wall leave little to the imagination about the outcome of the story.

Two series by Fernell Franco (1942-2006) are shown: the series Prostitutas, which caused a stir in his time, and the series Retratos de ciudad (Portraits of the city). They seem like contemporary gum dichromats that capture the city’s haggling in bizarre impressions.

On a superficial look, the work of Paz Errazuriz (1944) is reminiscent of “Les amies de Place Blanche” by Christer Strömholm (1918-2002). The same theme, but in the twilight years of the Pinochet regime in Chile. This context gives it an extra dimension: it also becomes a story of oppression, exclusion and unpunished crimes by the army.

Adriana Lestido (1955) mixes the personal and the social. Her report on incarcerated women shows her commitment to their cause, but is also a silent tribute to her partner Guillermo ‘Willy’ Moralli, who was arrested by the Argentine putschists in 1978 and ‘disappeared’. Her simple images are powerful testimonies about the fate of women & mothers in confinement.

The portraits of children by Luc Chessex (1936) in the series Ayer vi a un nino jugando (Yesterday I saw a child play) were realized in Cuba in the period 1962-1974. Children play war games like everywhere else in the world, but in the context of the successive revolutions in Latin America, this game takes on something menacing

The exhibition gives us insight in the recent history of Latin America, but at the same time shows us that we have very little knowledge about the photography from this continent. Photo history is a recent field of knowledge that is mainly based on insights from Europe, US and Japan. Even within our own field of vision, we have blind spots, developments and figures that we have yet to discover.

An exhibition such as L’Amérique Latine Eraflée/ Latin America in Tatters breaks through this “Eurocentrism”. and urges us to also leave room for photographers, photo historians, curators and collectors of Latin America, Africa, Asia and Oceania to integrate their findings into the greater story. A strong and commendable exhibition!

The beautiful book on the exposition is definitely recommended:

For € 40 you can cherish the publication on your own bookshelf!