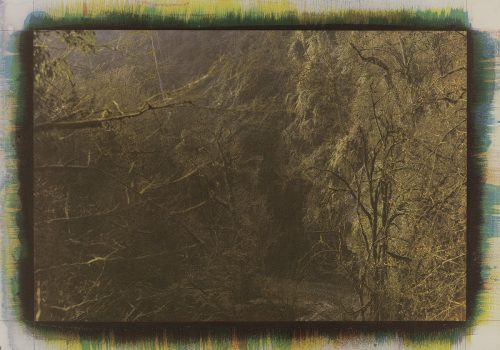 Mehrali Razaghmanesh has been going to the Hyrcanian Forests for most of his life; initially as leisurely outings with his father and later to photograph them. Situated on the southern shores of the Caspian Sea in northern Iran the Hyrcanian Forests are among the oldest and most important ecoregion in the world. Measuring 55,000 square kilometers, the forest is located in the two countries of Iran and Azerbaijan. Its origins date back to the Jurassic era and it is often referred to as the Natural Museum, yet over time much of its area has been converted to urban and agricultural land. Its strategic location between Asia and Africa makes it a key habitat for many bird species migrating between the two continents.

The forest has been under the protection of Ministries of Environment and Cultural Heritage in Iran yet its survival is threatened by unsustainable forestry, farming and poaching. The name “Hyrcan” is the Roman version of the Persian name Gorgan which means “wolf lands” and is the name of an Iranian city located within this forest. On Thursday June 22, 2006, The Republic of Azerbaijan presented a petition to register the Hyrcanian Jungles on UNESCO’s World Heritage sites. After examining the petition, UNESCO announced that due to the fact that the Republic of Azerbaijan only holds 20,000 hectares of the forest compared to Iran’s 2,000,000-hectare share, the site would have to be co-registered under the names of the two countries. However, after the documents were drafted, Iran did not accept its name being included alphabetically second to that of Azerbaijan’s as is the law for dual-country registrations. Its reasoning being that its share of the jungle is far beyond that of Azerbaijan’s. This disagreement continued for thirteen years until finally in July 2019, the forests were registered with Iran’s name before that of Azerbaijan’s.

For Razaghmanesh, the constant threat and attack on nature is more than a loss of the environment. His photographs, presented in beautiful gum bichromate prints, capture the stark and regal beauty of the forest. Despite the seemingly untouched nature of each landscape, each frame reminds us of man’s increasingly cruel and destructive existence. Razaghmanesh prefers not to capture man’s trespasses opting to create his own reality in a world absent from such behavior. He keeps going back to these forests and in his own words, “It is the only place I don’t feel alone… when I’m there I realize how much there is to lose.”

in Foam Museum‘s exhibition titled On Earth – Imaging, Technology and the Natural World

Technological developments and the rapidly changing climate have fundamentally changed our relationship with nature. Photography, like no other medium, allows us to observe the world and the effect of our existence on it. But can it also be a catalyst for new ways of dealing with our environment? The extensive thematic exhibition On Earth – Imaging, Technology and the Natural World brings together work by 27 contemporary artists who reflect on the relationship between man, technology and nature through innovative visual strategies. They use virtual reality, in-game photography, Google Earth, social media and other visual aids with which we relate to nature.

On Earth is curated by Foam and produced in collaboration with Les Rencontres d’Arles. The exhibition is made possible in part by the Swiss Arts Council Pro Helvetia, MIAP Foundation, Goethe-Institut Amsterdam, Institut français des Pays-Bas and Kleurgamma Fine-Art Photolab. Foam is supported by the BankGiro Loterij, De Brauw Blackstone Westbroek, Foam Members, the Municipality of Amsterdam, Olympus and the VandenEnde Foundation.