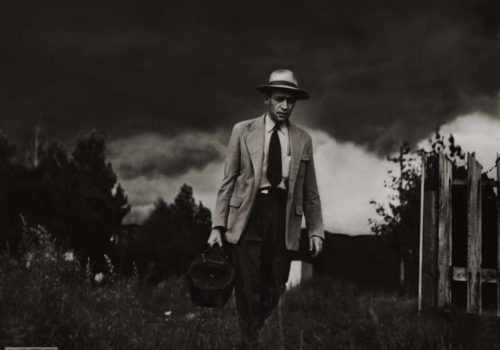 The image of the kindly, tireless country doctor, black bag in hand, heading out in all kinds of weather, at all hours, to make house calls on patients old and young, rich and poor, is so ingrained in the American psyche that it’s taken on the shape of a national myth.

Today, that heartwarming myth is just about the only link most Americans have with medicine as it was practiced in the previous century. Even if an American is fortunate enough to have health insurance — and is one of the distinct minority of patients who actually see a general practitioner on a regular basis — the idea of a doctor known to everyone in the community, a doctor who makes house calls and treats anyone and everyone from (literally) the cradle to the grave, is so alien to our everyday reality of HMOs, endless paperwork, byzantine deductibles, and all the other nonsense that accompanies and encumbers American “health care” in the 21st century that it might as well be something we once read in a fairy tale.

But such a figure did, in fact, exist in communities all over the country — and thankfully, we have proof. In the summer of 1948, the great LIFE photographer W. Eugene Smith spent three weeks in the ranching town of Kremmling, Colorado, shadowing general practitioner Ernest Ceriani. Smith’s powerful, intimate images capture in poignant detail the emotional and physical challenges faced by this modest, hard-working rural physician — and gradually reveal the inner workings and the outer trappings of what was clearly a uniquely rewarding, if tremendously demanding and wearying, life. When first published, “Country Doctor” was an instant classic, setting Smith firmly on a path as a master of the unique art form of the photoessay, and cementing his status as one of the most passionate and influential photojournalists of the 20th century. LIFE.com recently republished “Country Doctor, in its entirety, for the very first time online. The photoessay is a testament to dedication, skill, and compassion — and a reminder of what, as a country, America has lost …