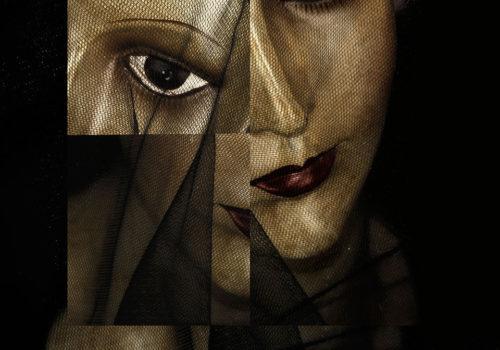 The subconscious is an abundant, disorderly source of imagination, composed of traces of visual, olfactory, and auditory memories and their array of accompanying emotions.

When fleeting visions and feelings surface from deep within our being, in a dizzying swell of sensory flashbacks, it is a surge of past-life experiences. These peculiar moments come as a surprise, a thrilling rush of uneasiness, which leaves us with a feeling of unreality and strangeness.

But what prompts the intrusive and bewitching déjà vu, at once feared and coveted? A familiar place or face? A particular scent? An object which beckons us in a mesmerizing and elusive manner?

The Surrealists saw objects as entities capable of revealing one’s inner self. They believed that an object could be endowed with a new, subjective meaning, through a subconscious transfer of emotions, in effect breathing life into the inanimate. This transference phenomenon is central to my art.

Like the Surrealists, I am a collector of all sorts of objects that are significant to me. Some are handcrafted, others found in nature: a leaf, a pinecone, a bird’s nest, branches covered with moss… It is said that collecting brings psychological well-being. So does creating.

I photograph these treasures, question, reshape and disrupt our perception of reality. My artistic quest and the prevailing constant in all of my artwork is to elucidate the connections between the subconscious and the conscious.

For this series, I photographed a mannequin, using it as a vessel for my emotions, somewhat like what transpires between puppeteer and puppet. The images are inspired by the bust of Nefertiti. In the aftermath of the first COVID shutdown, I had the extraordinarily good fortune to find myself perfectly alone in the Neues Museum in Berlin, on the first day museums reopened there. I meandered through the ancient Egyptian collections and suddenly spotted the beautiful Nefertiti. I was seized by the realism of the sculpture. I held my breath, as I listened for hers. I was moved by her immortal and contemporary beauty and troubled by her seeming loneliness. André Breton would have described her beauty as “convulsive”, at once “emotional and transforming”. I titled the portfolio, La Belle est Venue, the French translation of Nefertiti, literally “beauty has come”. Nefertiti sparked a powerful déjà vu in me, and caused me to have the conviction of having previously known her in an intimate way… I recognized that beauty and soul, I have seen and felt them before. With these photographs, I aim to reconstruct, piece by piece, fragment by fragment, the obscure memories Nefertiti stirred in me, give them form and seize the intangible in my search of a reality beyond reality.