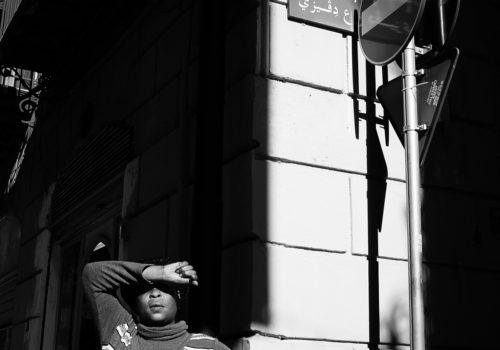 Lights and Shadows of Sicily

These photos were taken in different contexts and periods, but always in Sicily. In Palermo or a few kilometers from it.

I am not a project-based photographer and, therefore, I carry with me the limitations and advantages of being a self-taught and perennial amateur. On the one hand the limitations of not having a specific idea or theme to follow and develop, on the other hand the advantages of freedom. My shots are born of instinct, suggestion, the seduction of light and shadow, and the conceptual appeals that critical observation of the real world offers. My choices are guided by a gaze nurtured by cultural, physical and emotional experiences. My medium is feet. My guide is chance. The camera is merely the register.

However, in spite of the randomness, each frame then inevitably ends up finding its place in an orderly and coherent sequence of other shots, all linked by a single unifying thought.

I have, in fact, been able to find in the material collected over a decade the presence of a common thread that binds, by formal and conceptual groups, all my photographs.

What I am exhibiting today with this work of mine are thirteen images that represent my view of a cross-section of Sicilian reality. A Sicilian’s gaze on Sicily, with which I try to sublimate and recode through aesthetic research, a way of existing, suffering, thinking, and dying that is of all those peoples, like mine, capable of embracing the white, the black and every shade of gray of life, without ever losing their identity.

The white of light, the black of shadow, the grays of a balance between the two. So is the Sicilian, hopelessly caught between two extremes, between which he oscillates, never getting caught by one or the other. The Sicilian has always made inconsistency and contradiction a virtue. A virtue that has allowed him to adapt to any circumstance, from the most tragic to the happiest, without ever taking anything for granted, aware of the precariousness of any state or condition.

This way of being, has historically allowed the Sicilian people to welcome the stranger as a brother, one of the household, and to share lights and shadows of their humanity, in a fluid, diuturnal exchange of self with other.

A foreigner who always arrives from the sea, after desperate journeys. Human beings often picked up by humble fishermen who brave the weather with their nets, to live off what little catch ended up on market stalls, reassembled now dead in boxes. That fish that shines, lifeless, in the light of day, almost like a metaphor, while the bodies of men, women and children, with no more hope, lie in the darkness of the depths of the sea, there where the fish continue to live free without consciousness of existence, pain and hope.