The Circulation(s) Festival kicks off at the Centquatre-Paris 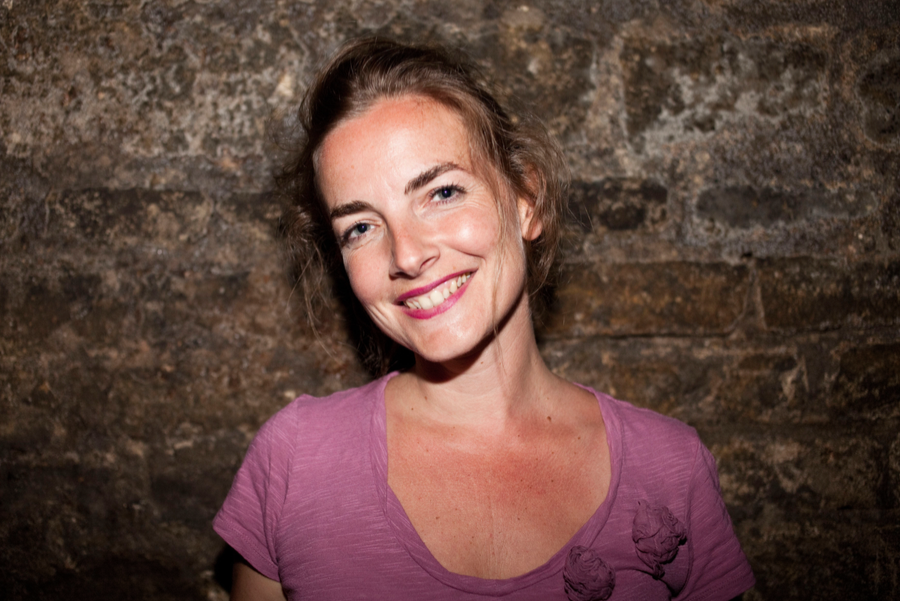 The Circulation(s) Festival, dedicated to young European photography, attracted as many as 50,000 visitors last year, and continues to assert itself as an event not to be missed. We discover the 2017 program with Marion Hisler, founder and director of the association Fetart which is behind the creation of the festival.

As in the previous years, the festival’s program has been put together based on a call for proposals…

Among thousands of submissions, a jury composed of fifteen leading personalities in the field selected twenty-four submissions. Fetart also dipped into this pool to pick its “Guest artists.” In addition, we have given carte blanche to Hercules Papaioannou, director of the Thessaloniki Museum of Photography as of last year, who put forward four Greek photographers. We also wanted to show support for this country which has suffered a prolonged economic crisis and is struggling with an influx of refugees.

What are the major trends in the 2017 edition?

There is no doubt that there is a sociological and social dimension to many of the projects featured this year… It also seems to me that, generally speaking, photographers are turning away from pure fine-art photography. The younger generation is more tuned in to current events and sees the world the way it is. They are shocked by what’s going on and tackle these issues in their work. Perhaps the change is also due to the fact that nowadays photographers are forced to exercise more than one profession. As a result, they are directly confronted with the brutal reality… I am thinking about Marie Moroni, whose work revolves around women in Rwanda, or Sonja Hamad who works with Kurdish women…

It seems that this year, documentary photography has overshadowed the lightheartedness and humor which characterized the Circulation(s) program in the past…

While many projects use a documentary approach as their point of departure, they all nevertheless treat it artistically. Corentin Fohlen is a case in point: he has recently received the AFD Award for documentary photography, but his submission to Circulation(s) is more artistic. And while he is recognized as a photojournalist, his personal work is less well known… Our role is to support this type of photographer in making a fresh start in their career…

What are your favorites?

Sam Ivin and Aida Silverstri who, each in their own way, address the delicate issue of migration. Their two series have really touched me…

What are some of the new initiatives in the 2017 edition?

We have decided to join forces with other venues that also foster young photography and young artists. Take one example on this “tour of associated venues”: for the occasion, Arte offered to host an exhibition of Leslie Moquin’s work on its premises. In total, there are some dozen associated venues, including Parisian galleries, La Capsule in Le Bourget, a bookstore… In each case, these sites have total control over their programming. Another novelty: an extramural event at Hôtel Fontfreyde in Clermont-Ferrand, featuring, starting in March, a program based on our selection, curated and conceived by Fetart.

Your partnership with schools continues to evolve: how does it work this year?

We are starting afresh and putting our heads together with the faculty and teaming up to create a network… We are at the brainstorming phase and setting out our methods, objectives, and challenges.

Following last year’s focus on GIFs with the smartphone maker Huawei, your partnership with the Chinese manufacturer is also evolving…

The company has been investing in photography by equipping their phones with Leica optics. As a brand, Leica has nothing to prove and is a mainstay at all major events, such as the latest edition of Paris Photo, for example. Together, we have developed a partnership that takes the form of a carte blanche extended to four students from two schools—Université Paris 8 and the École Nationale Supérieure Louis-Lumière—each of whom created a photographic series now on display. The idea is to explore the various possibilities offered by smartphones. We want to stay on the cutting edge of evolving practices…

As another novelty, introduced last fall, Fetart has launched an online gallery. Why this new initiative?

This is a logical extension of the festival. Visitors are now able to purchase most of the exposed artworks, except for those by artists who are already represented by a gallery. We used to do it unofficially because there was such a demand… As a gallery, we take a percentage of the sale, but we do not claim exclusive rights. If an artist finds a gallery, they are welcome to take advantage of this opportunity… We also manage the whole process of production and delivery. This is a big plus for foreign artists.

How do you envision the future of Circulation(s)?

This is a critical, transitional year. As yet, nothing has been confirmed for next year. In 2016, we had 50,000 visitors, half of whom also visited the paid portion of the exhibition. This is encouraging—and it’s healthy to generate some revenue—but it’s not enough…

Portrait studio: every weekend, have your portrait taken alone, or with family or friends, by a professional photographer in a studio setting, and take home a signed print (€59).

The 6th Edition of Circulation(s) Begins