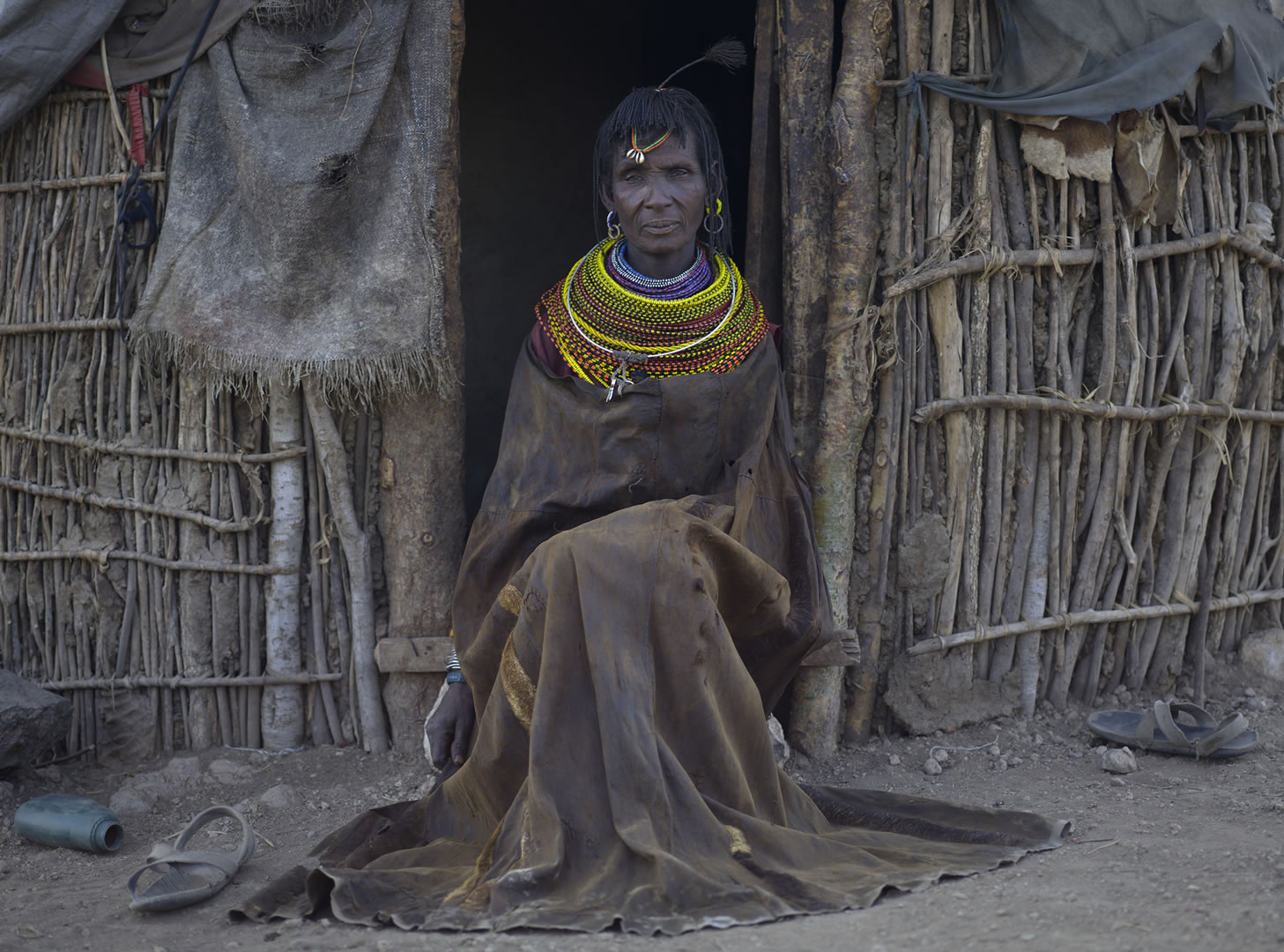 This year I was honored to be chosen for the Prix Pictet Commission, which took me on a thousand-mile safari in a part of Kenya that most tourists never see. There I encountered a confederation of NGO’s working closely with local tribes to create a sustainable way of life based on principles of environmental stewardship, wildlife conservation, and peace. Despite enormous adversity that includes poverty, drought, and wildlife poaching, and some dubious intrusions of outside religious, commercial, and educational culture, this quiet mini-revolution, led by a council of tribal elders, is bringing peace and stability to a huge area of Kenya. Ironically, their chances of success in the long run depend largely on whether the so-called first world can shift our own paradigm, as this part of Kenya increasingly is being ravaged by the effects of global climate change.

Our twelve-day exploration traversed a wild, dry-baked landscape of red soils, thorny bushes, lions, hyenas, and isolated tribal villages with no paved roads or electricity for several thousand square miles. There I had the privilege of meeting communities of indigenous people who had seen few, if any, people from my part of the world, and I found myself humbled again and again by the trust, relational openness, and easy grace that these ancient people brought to our encounters. The challenges faced by the rural villagers of Kenya are like a microcosm for the rest of the world; like us, they are called on to join in new forms of collaboration if they wish to survive and thrive in these turbulent times. I hope my photographs convey at least a small fragment of the complex story of Ushirikiano that is emerging in this remote part of Africa.

…And this about the elephant images:

One phenomenon I had the appalling privilege of experiencing up close in Kenya was the killing of elephants for their tusks. The call came in by radio one morning, that a freshly poached elephant carcass had just bee found in the Namunyak Conservancy about four hours drive away. We got there after the poachers had escaped, but before the vultures had arrived. The elephant’s face had been hacked off using an axe, the evidence on the ground suggested this had begun while the elephant was still alive.

The phenomenon of elephant poaching strikes me as profoundly symbolic. As the largest animal to walk the Earth, the elephant is one of our planet’s most sentient beings, with a brain more than four times the size of ours, equal or greater in intelligence to dolphins and higher-order primates. Elephants are one of the few creatures who grieve their dead in community, and this kind of mourning is one of the characteristics that anthropologists use to define the line between early humans and pre-human apes. In my view, our elephant populations—along with the ecosystems they inhabit—should be revered and preserved as sacred planetary treasures. Hopefully these photos can serve as a visual reminder of the trail of physical and spiritual destruction we leave when we forget our relationship with nature, and with the higher purposes of our own lives.