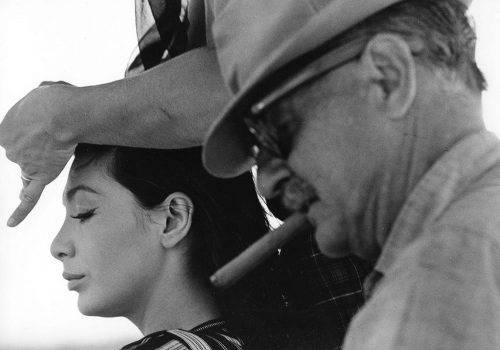 The work of Jean Mounicq joined that of Daniel Boudinet, Marcel Bovis, Denise Colomb by André Kertész, François Kollar, Thérèse Le Prat, Roger Parry, Bruno Réquillart, Willy Ronis… kept at the Architecture and heritage media library in Charenton-le-Pont. All donated them to the state. Their works, their photographs (prints and negatives), but also their archives are now available to the public, students, historians. As the cycle of analog photography ends, the recent donations from Jean-François Bauret, Denis Brihat, Gilles Caron, Yvonne Chevallier, Jacques Dubois, François Le Diascorn, André Papillon, Jean Pottier, Jean-Louis Swiners…, at the National Library, at the Nicéphore Niépce museum, at the Multimedia library of architecture and heritage and in numerous institutions attest to the attention that the State pays to photography and to the diversity of photographers whose work testifies to a rich, lively French photography that must be seen around the world.

No ruler nor triangle, the Leica lens is enough.

The city, its margins and its exceptional places, are inscribed in a system of waiting, researching, collecting, taming.There is an alternating between different  locations, wandering, sequencing of components, obsessive feedback specific to the careful organisation of discoveries on the branching out of streets, passageways, alleys going to corridors and stairs , in the privacy of everyday life. There are anchor points off infinity, havens of perspective in geometry that sign architectures dedicated to the celebration of regal and timeless powers, to eternal commemorations, to late recognitions. Low-angle columns, arrows aiming at the clouds, erratic tombs in improbable places, cenotaph of a poet far from his burial place, buildings starched with grandeur, heroism and glory. Glass, metal, cast iron, from arches to verandas, from palaces to walkways, the imprint of a triumphant bourgeoisie stands out in the solitude delivered to the intransigence of the frame.

Between anxiety and jubilation, fear and enchantment, Jean Mounicq has been photographing for fifty years. The eye is assured, the connection to image structures, immediate; the selection of decorative elements, drastic. The mind is chorus; the hand firm, the finger complying: the trigger irrevocable. It is time to wait. Analog photography is not instant. Time passes; developer, stop bath, fixer do their job. Arise, the solar austerity of the columns of the Parthenon, the eternity suspended between the vestiges of the Appian Way, the mineral order of the large buildings erected at the confines of the tides of Mont-Saint-Michel, the misty outlines of the London streets, the deployment of empty places in Venice, the  towers of the Défence, show off buildings of global finance.

Paris the enchantress, marked by the wear and tear of her memory in the breath of autumn mornings, in the last light of summer evenings. The entire cohort of boroughs convened, counted, listed, inventoried, photographed from neighborhood to neighborhood, from street to street, from building to building. Porches, courtyards, backyards, villas, halls, interior gardens and workshops examined, scrutinized, deflowered, scalped, labeled. Doorbell for service, doorbell for visits, the sixteenth arrondissement has its obligations; obsolete prohibition signs out of age; cabinetmaker’s shed with his cargo of wood awaiting assembly; alleys preserved behind their barriers of greenery and bad boards; dead ends and blind alleys for working class ateliers before the arrival of bohemian bourgeois: Paris crossed again. Jean Mounicq surveyor, collector of places, great director of a territory recomposed in the accumulation of photographs examined, eliminated, selected, rejected, reduced to the heart of the matter to make sense.

Paris displaying its buildings, adorned with its monuments, from the Louvre to the Eiffel Tower, in the offering of its esplanades, gardens and parks. The green belt, like a railroad regret, skimp on its greenery. The Luxembourg installs benches and chairs in the harmony of its trees The Seine drags along the quays, submerges the banks of its waters, stretches in a meander of the river city. The colonnades of the Bir-Hakeim bridge raise their legs like large skinned birds. The Nubian Lions Fountain installs the silence of the water that has disappeared forever. The city freezes, in reverence to the ordering of the centuries. Paris haunted only peopled by its statues. Gutenberg is still meditating in front of the Imprimerie Nationale, watchdog of knowledge scattered to the wind of the pages. Rue de l’Évangile the solitary Christ on the Cross challenges the pylons and overhead lines of the railway. In the Luxembourg, the Liberty by Bartholdi lights up the plant world of chestnut trees, dominates the water and stone at the Pont de Grenelle. Paris opened in the sublime elegance of the photographs brought together, Jean Mounicq at the peak of his art.

Paris, Versailles, Mont Saint-Michel, Rome, Venice, London, Madrid, Rhodes, Jean Mounicq does not get lost from one subject to the other does not peck here and there to prance on the anecdotal, the typical and other substitute for the remarkable. The subject is kept on a leash. Rigor befits the subject, imposes its measure, seals the style, builds the work.

Exfiltrated from the cities, from personal work, framed in the urgency of a time conceded sparingly, the portraits. Assignments always renewed in the hustle and bustle of information. Injunction to supply a voracious press. Jean Mounicq captures the little masters of current affairs, the artists  providers of universals and their servants. Joan Miró admonishing who knows what star, Céline mocking, Simenon tracking some crime, André Malraux,  eyes on the lookout,  the index of  an imperator