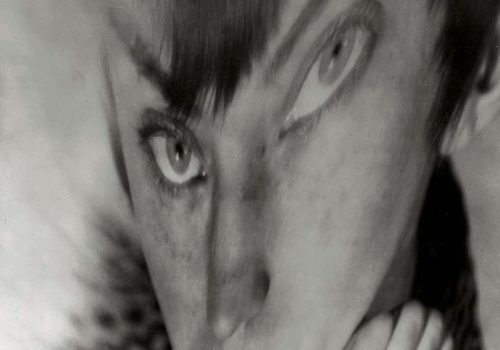 Fundación MAPFRE commences its exhibition programme for 2019 in Barcelona with Berenice Abbott : Portraits of Modernity. The exhibition offers an exhaustive survey of the career of this American photographer, whose body of work is one of the most captivating in North American photography from the first half of the 20th century, acting as a bridge between the avant-garde cultural circles of Paris and New York in the 1920s and 1930s.

The idea of modernity pervades all of Berenice Abbott’s work, from her portraits of the avant-garde artists and intellectuals of the day and her stunning views of the city of New York – taken for her project Changing New York – to her photographs on scientific themes, in which she gives us portraits of the behaviour of various scientific phenomena and experiments. Abbott’s photographs also reflect the nature of the artist herself and show her extraordinary talent for identifying and depicting changes in her surroundings. Taken as a whole, her work provides an exceptional portrait of the modernity of the new century, the premise on which this exhibition is based.

Mounting an exhibition of Berenice Abbott’s work in the year 2019 means revising the very notions of the “document,” “artistic photography,” and “autobiography.” While photography’s aim of avoiding the supposed artifices of art is palpable in her images, the visual result is so rich and diverse that it is difficult to categorize her photographs as documentary, obliging us to consider the ultimate impossibility of there being a “documentary photograph” without cracks.

Berenice Abbott is also a key figure when it comes to understanding the work of Eugène Atget. When the two met in Paris in the mid-1920s, Atget’s work left a great impression on Abbott: the qualities that she identified in his output inspired her deepest respect, as well as providing an important touchstone: her photographs, like Atget’s, reflect her desire to steer clear of artistic pretensions but are far more than mere document.

Following Atget’s death in 1927, Abbott purchased all his personal archives. For several decades she worked diligently – and successfully – to promote Atget and encourage others to collect his work in the United States, making her a key figure in the critical and historical fortunes of the French photographer’s legacy.

This exhibition documents Berenice Abbott’s career through almost 200 period photographs grouped together in three thematic sections. It also offers a small selection of works by Eugène Atget, with 11 of his photographs developed by Abbott herself in 1956.

Produced by Fundación MAPFRE and curated by Estrella de Diego, Professor of Contemporary Art at the Complutense University of Madrid and member of the San Fernando Royal Academy of Fine Arts, this is the largest retrospective of Berenice Abbott’s work ever organized in Spain. It features photographs from some of the most important US collections, including the New York Public Library , the George Eastman Museum (Rochester, New York), the Howard Greenberg Gallery (New York), the International Center of Photography (New York), the MIT Museum (Cambridge, Massachusetts) and the Museum of the City of New York .

The exhibition is accompanied by a catalogue published by Fundación MAPFRE and available in Spanish, Catalan and English, with texts by Estrella de Diego; Gary Van Zante, Curator of Architecture, Design and Photography at the MIT Museum; and New York-based novelist Cara Hoffman.

Following its showing in Barcelona, the exhibition will go on display at the Fundación MAPFRE’s Sala Recoletos in Madrid (from June 1 to August 25, 2019).