André Kertész, The double of a life, exhibited in Korea 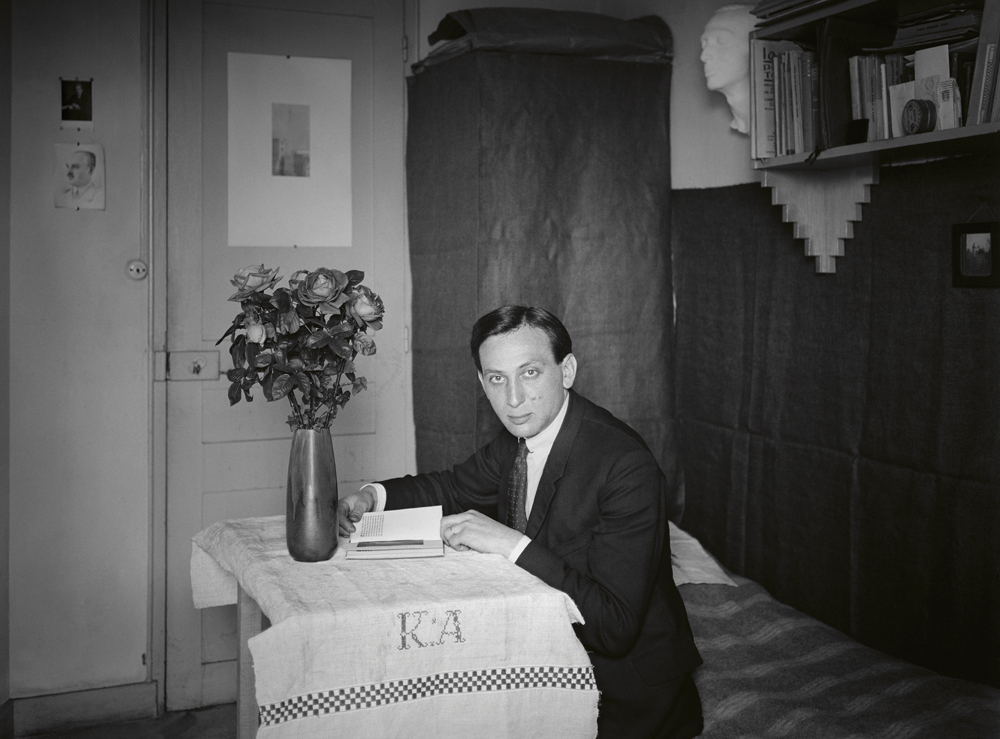 The Sungkok Art Museum in Seoul exhibits one of the greatest masters of photography.

Considered a master by many photographers, including Henri Cartier-Bresson, André Kertész is one of the major figures of the history of photography, and yet his body of work both resists analysis and evades commentary. No observer has such a candid eye, and no other photos contain more resolute feelings than those conveyed in his photos. Selftaught, Kertész remained faithful to his guiding principle: “What I feel, I do”. If he flirted with different movements, such as Surrealism, Constructivism and Humanism (actually often in advance of their proponents), his photographic commitment cannot be defined as a purely aesthetic, social or moral project. Kertész placed his point of view above everything else and was not prepared to sacrifice it, whether to satisfy a customer or for the sake of fashion. Discrete, but lucid, his vision is resolutely natural.

Andor (Hungarian for André) was born in 1894 in Budapest. He was just eight when his father died and his uncle, Lipot Hoffman, took responsibility for the education of André and his two brothers, Jenö and Imre. After graduating from the Academy of Commerce, Kertész began working at the stock exchange. The first photograph we know of dates from Jeune homme endormi (Sleeping Boy) seems almost prophetic in that it prefigures what would become essential in his art: clarity of style and the pre-eminence of emotions. When he was called up by the Army, he documented the day-to-day life of soldiers in the Austro- Hungarian army, the time spent waiting in the trenches and the long marches. Whether he was taking photos of the countryside or his friends, Kertész could never suppress his strong and deeply-felt emotions. La Vache et le soldat (The Cow and the Soldier) (1917) and Jenö tel Icare (My Brother as Icarus) (1919), with their original choices of angle and perspective, bear witness to his imaginativeness and herald the arrival of the Leica. Kertész wanted to become a photographer and his dream came true when he emigrated to France, full of hope and determination.

Kertész arrived in Paris in 1925 and settled in the Montparnasse quarter, where he mixed with artists and writers (Mondrian, Chagall, Zadkine, Foujita, Colette, etc.) and began to photograph his Hungarian friends, artist’s studios and street scenes. He strolled through the parks and gardens, meandered along the banks of the Seine and met up with his friends and compatriots at the Café du Dôme. It wasn’t long before his talent was recognised and in 1927, he exhibited at  Au Sacre du Printemps gallery. In 1933, he produced his famous Distorsions (Distortions) series in which the naked bodies of his two Russian models were reflected in a distorting mirror. Whether ravishing or repulsive, parallels can be drawn between these anamorphoses and Picasso, Arp and Moore. Paris vu par André Kertész with an accompanying text by Pierre Mac Orlan was published in 1934, and it was in Paris that Kertész made his masterpieces: La Danseuse burlesque (Satiric Dancer) (1926), Chez Mondrian (1926), and les Mains et les lunettes de Paul Arma (Paul Arma’s Hands) (1928). Both the French and German press commissioned photo essays and illustrations from Kertész. The avant-garde magazine Art et Médecine published his photos alongside those of Germaine Krull, Man Ray, Emmanuel Sougez, François Kollar and Brassaï (who Kertész had met in 1926 and introduced to photography). From 1928 onwards, Kertész started using his Leica and until 1935 he was one of Vu magazine’s main photographers.

In 1936, Kertész and his wife Elisabeth (they were married in 1933) left for New York to honour his commitments to the Keystone agency. His collaboration with what was the greatest photo agency of that time would last less than a year. House & Garden, Harper’s Bazaar, Vogue and Coronet took an interest in his work, but despite exhibitions at the PM Gallery (1937) and the Art Institute of Chicago (1946), as well as the publication of Day of Paris (1945), designed by Alexey Brodovitch, it was not enough to impose Kertész as one of the main representatives of avant-garde photography in the United States. He was naturalised in 1944, and 1949 saw the signature of an exclusive contract with Condé Nast. However, he mainly supplied the group’s publications with interior decoration photos and, feeling misunderstood and that his talent was being misused, he decided to put an end to his professional career in 1962.

In 1963, Kertész regained possession of the negatives from his Hungarian and French periods that he had left in Paris in 1936. After the Bibilothèque Nationale, New York’s Museum of Modern Art presented an exhibition devoted to his work (1964). Tributes came from all over the world leading to exhibitions in Tokyo, Stockholm, Budapest, London, Paris and Helsinki… In 1975, he was guest of honour at the Rencontres Internationales de la Photographie d’Arles.

About this time Kertész stopped pacing the streets and started taking most of his photos from his window. He was fascinated by the confusion of rooftops and his bird’s-eye view of Washington Square and had gained a certain formal mastery of his artistic vision. Since the mid-1950s, he was taking colour photos, a new passion, with a simple approach that had no place for any colourist effects. Book after book was published and several major monographs were devoted to Kertész: Hungarian Memories (1982), Of Paris and New York (1985) and André Kertész, ma France (1990). In 1984, eager to preserve his life’s work, Kertész donated his entire collection of negatives and personal documents to the French state (The Ministry of Culture). He died at his home in New York on September 28th 1985.

Kertész’s oeuvre is doubly an intimate reflection of his life portraying both what he saw and what he felt. And if this reflection is so true to the photographer, it is because his bond with the visual world was so strong that each photo contains a wealth of feelings and emotions: his own. These images are sincere, faithful and profound, so much that each individual photo seems to be the perfect double of Kertész himself, containing the tangible presence of the photographer. So perfect is this illusion, that reality and fiction combine: Kertész is so undeniably present in each image, that these slices of life, of reality are at the same time a projection of the photographer.

This exhibition was organized by the Jeu de Paume, Paris, and diChroma photography, in collaboration with the Médiathèque de l’architecture et du patrimoine.